As if there won’t be enough movie news coming straight out of San Diego Comic Con itself, all the pre-Comic Con hype is stirring up loads of speculation pertaining to the properties due to make appearances in San Diego this week.

Now that we know that an “X-Force” movie is truly in the works, there’s a good chance the topic could come up during 20th Century Fox’s panel on Saturday. On the other hand, Lionsgate and Summit are trying to stifle the chatter swarming one of its SDCC participants so that author Orson Scott Card’s personal viewpoints, don’t sour their promotion of “Ender’s Game.”

We’ve got the details on those stories, the latest on the “Alice in Wonderland” sequel, Neill Blomkamp’s casting aspirations for “Chappie,” and loads more right here in your weekly Movie News Cheat Sheet.

1. Johnny Depp Almost Locked for “Alice in Wonderland 2:” “The Lone Ranger” tanked, but that isn’t stopping Disney from picking up Johnny Depp for another round of “Alice in Wonderland.” According to Deadline, Depp is now in final negotiations to reprise his role as the Mad Hatter in “Alice in Wonderland 2” with James Bobin replacing Tim Burton behind the lens. Minus “Pirates of the Caribbean: On Stranger Tides,” Depp hasn’t really justified his hefty price tag since “Alice in Wonderland” in 2010. However, that doesn’t seem to be stopping anyone from paying his fee because not only is “Alice 2” almost officially on Depp’s to do list, but earlier this week, Lionsgate recruited Depp to star in David Koepp’s adaptation of the Kyril Bonfiglioli novels, “Mortdecai,” too.

2. Lionsgate’s Official Statement on Orson Scott Card vs. LGBT Community: “Ender’s Game” author Orson Scott Card’s opposition to gay marriage and homosexuality is nothing new, but with the film version rolling into Hall H next week at Comic Con and then the full feature into theaters in November, those viewpoints are coming back to the forefront and threatening to effect the film’s theatrical performance. After the launch of the Skip “Ender’s Game” website and the plan to boycott the film, Card told EW.com, “With the recent Supreme Court ruling, the gay marriage issue becomes moot,” and, “Now it will be interesting to see whether the victorious proponents of gay marriage will show tolerance toward those who disagreed with them when the issue was still in dispute.” There isn’t anything malicious here, but clearly Lionsgate and Summit don’t want this issue souring the release of their highly anticipated $110 million film. As expected, Card will not be in Hall H for the “Ender’s Game” panel and Lionsgate also released an official statement regarding their own standpoint on the matter, noting, “We obviously do not agree with the personal views of Orson Scott Card and those of the National Organization for Marriage,” and, “The simple fact is that neither the underlying book nor the film itself reflect these views in any way, shape or form.”

3. Live Action “Jungle Book” on the Way: Calling all animal wranglers! According to THR, Disney is gearing up for a live-action adaptation of Rudyard Kipling’s “The Jungle Book.” In case you’re missing a chunk of childhood, the tale focuses on Mowgli, a boy raised by wolves who buddies up with Baloo the bear and a panther named Bagheera. The original collection of short stories published in 1894 are now in the public domain, which means there’s nothing stopping Warner Bros. from making a Mowgli story of their own. “Harry Potter” screenwriter Steve Kloves is currently working on that one while Disney snatched up “The Raven” scribe, Justin Marks, to write their own while the search for a director forges forward.

4. Lee Pace & Benicio del Toro’s “Guardians of the Galaxy” Characters Revealed: We’ve known Lee Pace, Benicio del Toro and Karen Gillan are locked for James Gunn’s “Guardians of the Galaxy” for quite some time, but now Den of Geek claims to know who they’re playing. According to the outlet’s “solid source,” del Toro is The Collector, the only living member left of one of the first species to emerge after the Big Bang for which Death honored him with immortality. As for Pace, he’ll play Ronan the Accuser, a character of the alien race called the Kree who rocks superhuman strength and cybernetic armor. Lastly, Gillan is supposedly appearing as Nebula, a villainess known for piracy. Considering none of this has been confirmed by the studio, you’re better off not treating this as fact just yet, but with Comic Con around the corner, you can also expect it to be officially validated or refuted shortly.

5. X-Force Movie in the Works at Fox: Shortly after news got out that 20th Century Fox nabbed the domain name, XForceMovie.com, THR confirmed that the studio is indeed working on an X-Force movie. “Kick-Ass 2” scribe, Jeff Wadlow, has been recruited to pen the script with hopes to direct. The source material is an “Uncanny X-Men” spinoff that originally featured Boom Boom, Cable, Cannonball, Domino, Feral, Shatterstar, and Warpath, and grew to include Siryn, Rictor, and Sunspot, too. “The Wolverine” and “Rise of the Planet of the Apes” are both expected to be part of the Fox Comic Con panel on Saturday afternoon, but, also via THR, there will be a surprise that’s being described as “something major” as well. Perhaps it might be “X-Men: Days of Future Past,” which could open the door to some “X-Force” discussion, too.

6. Neill Blomkamp Wants Dev Patel for “Chappie:” Neill Blomkamp is gearing up for his “Elysium” follow-up, “Chappie,” and he’s got his eye on Dev Patel to star. According to THR, Patel is currently in early talks to take the lead role in the film, a young man living an impoverished town. Plot details are top secret, but the film is based on Blomkamp’s short film, “Tetra Vaal,” which is a fake advertisement for a robot police force that monitors the slums of South Africa. Should Patel sign on the dotted line, he’ll join Sharlto Copley who’s already locked to play one of the police robots.

7. Sam Mendes Will Direct “Bond 24:” Ever since “Skyfall” hit it big with critics and at the box office, there’s been loads of speculation regarding whether or not Sam Mendes will return to direct the next installment. The choice seems like a no-brainer, but, of course, it’d be a major commitment for Mendes because he’d be working on the film up until its November 6th, 2015 debut. Apparently it’s worth the time because Mendes is officially locked to direct the film. “Skyfall” co-scribe, John Logan, is currently working on the script, which, should it follow the “Skyfall” timeline, will go into production a year ahead of the release. (via Columbia Pictures)

8. RIP Cory Monteith: It is with shock and dismay that we report that “Glee” star, Cory Monteith, has passed away. According to Reuters, the 31-year-old was found dead in his Vancouver hotel room. British Columbia Chief Coroner Lisa Lapointe confirmed that there was no foul play, but also noted that the cause of death was unclear. Monteith has struggled with substance abuse and recently completed voluntary treatment at a rehab facility, but when asked if his passing was related to his history with drug use, Vancouver Police Department Acting Chief Doug LePard said he would “not discuss anything that we might have found in the room at this time.” Our deepest thoughts and condolences go out to Monteith’s family, friends, colleagues, and fans.

9. Trailers: “Oldboy,” “Seventh Son,” “Saving Mr. Banks:” It’s going to be tough to watch Spike Lee’s “Oldboy” without comparing it to Chan-wook Park’s original, but if you are able to watch the new version’s trailer while looking at it as a standalone film, it’s undeniably effective and that’s a good place for it to start. On the other hand, the first trailer for “Seventh Son” doesn’t do much to suggest the film’s January 17, 2014 release isn’t a total death sentence. The cast is loaded with stellar talent and some of the visuals are stunning, but it’s hard to appreciate that when, at this point, the core story isn’t supporting it. On the brighter and peppier side, we’ve got the new trailer for the December 13th release, “Saving Mr. Banks.” Emma Thompson is curiously appealing as P.L. Travers and Tom Hanks exhibits the magnificent charm you’d expect from Walt Disney, suggesting the film could be just as magical as “Mary Poppins” itself.

10. Box Office: Both “Grown Ups 2” and “Pacific Rim” took a solid chunk at the box office, but neither made enough to trump “Despicable Me 2.” The minions only lost 46.4% of their opening weekend profits, giving them another $44.8 million to take to the bank. “Grown Ups 2” managed to outearn its predecessor, scoring $42.5 million its first weekend out as compared to the original’s $40.5 million start back in 2010. As for “Pacific Rim,” a $38.3 million opening weekend seems like a nice way to start, but when you consider the film’s $190 million production tab, those earnings are clearly only a drop in the bucket. However, the film did earn $53 million overseas, so perhaps it could get into the green in the next two weeks with international support. “The Heat” enjoyed a minimal 43.5% decline, letting it amass $14 million and snag the #4 spot over “The Lone Ranger,” which, as expected, plummeted 61.9% and only scored $11 million for its second weekend out. (via Box Office Mojo) 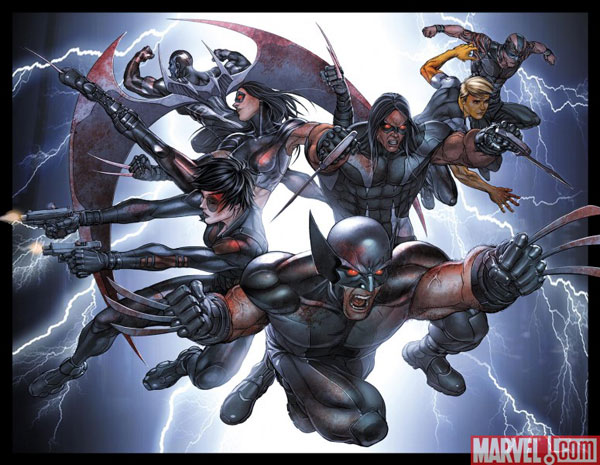