An engaging and rather scary nonfiction look at the death-by-papercut of online privacy, “Terms and Conditions May Apply” roots down into those small-print promises that companies extract from consumers via the Internet on a weekly if not daily basis. Directed by Cullen Hoback, the film makes a compelling case for if not outright societal revolt then at least much greater awareness, attention and oversight, lest a clear and settled-without-debate caste system of governmental spy privilege become the new normal.

Interviewees include Ray Kurzweil, musician Moby, Orson Scott Card, Margaret Atwood and, well, sort of Mark Zuckerberg (more on that later), but “Terms and Conditions May Apply” is less a star-oriented talking head affair than a pleasantly shambling curated tour through the brave new world of online rights management and manipulation, as bureaucratic systems grapple with technological advancements and try to integrate them into their vertical power structures in a way most advantageous to them, individual liberties be damned.

Hoback points out that such consumer agreements are a relatively new phenomenon (no terms and conditions, for instance, were necessary for land-line phones or television), and he also provides a nice overview of why and how Americans have no baseline online consumer privacy law (the events of September 11 certainly didn’t help, immediately killing off around a dozen bills that were bopping around). With companies discovering that there’s less money for them in anonymity, and the U.S. Government eager to exploit a third-party exemption/loophole to the Fourth Amendment, default privacy settings have over the five or six years in particular taken a beating. Hoback features a stunning graphic representation of Facebook’s encroachment on this front, and there’s also evidence of Google seemingly lying about the nature of their first privacy policy, dating back to before the September 11 terror attacks.

That said, Hoback doesn’t always seem to have a clear bead on a consistent throughline. So “Terms and Conditions May Apply” at times feels choppy. The film’s listless, three-minute animated opening, along with other occasional interstitial inclusions, is a perfect example of this; it seems just an air-quote accessible idea nipped from other documentaries.

Still, many of the actual anecdotes the film cycles through prove quite interesting to ponder. There’s a “Cold Case” writer able to be identified through de-anonymized web searches from his computer for terms like “how to murder your wife”; a 7th grader posting a social media warning to President Obama about suicide bombers in the aftermath of the killing of Osama bin Laden, and then receiving a visit at school from a Secret Service agent; and a New York comedian, frustrated by a bad customer service experience at an Apple store, quoting “Fight Club” on Facebook and having a SWAT team descend on his apartment a couple hours later. Perhaps most disturbing, in Great Britain, a group of potential street theater participants dressed as zombies were rounded up in advance of the Royal Wedding, due to their actions being deemed not properly respectful.

Chief to the movie’s point is the fact that many people treat Facebook, Twitter and other social media platforms not as companies, but rather as benign public utilities. Indeed, Hoback notes, the companies themselves encourage this reading, since it allows them greater leeway with all of the personal pieces of information and preferences they gather. (It also makes it much easier for police and other authorities to then have a de facto “time machine” that allows them to reconstruct behavior dating back many years.) “Terms and Conditions May Apply” ends with Hoback making a surprise appearance at Zuckerberg’s home, and trying to secure an answer about Facebook’s default privacy settings. The film draws an interesting (and I’m not certain correct) conclusion from this interaction, but it certainly points toward one of the most important public debates in this still-young century — one with far-reaching consequences. 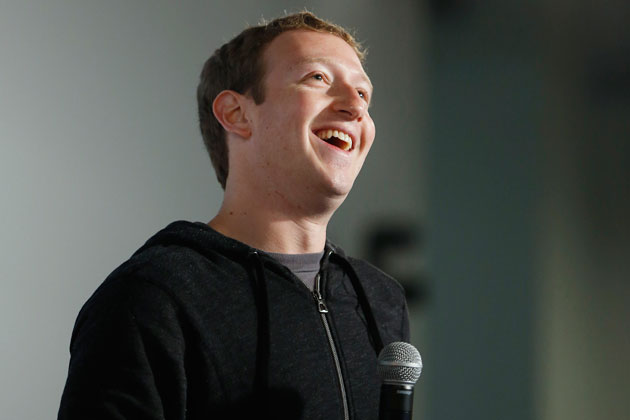