ShockYa’s got an exclusive on AMC’s newest series, “Owner’s Manual.” The show premieres Thursday, Aug. 15 and will discuss something we’ve all had to deal with–whether or not it’s better to use a product’s owner’s manual or just wing it.

The series stars Ed Sanders (“Extreme Makeover: Home Edition”) and Marcus Hunt (HGTV’s “Hammer Heads”); each week, they will be given a challenge to operate powerful machinery and technology. One man will work using a instruction manual and one will not.

“‘Owner’s Manual’ will test one of the most common divides among man – those who read the owner’s manual and those who do not. Representing each side of this divide, Ed Sanders (“Extreme Makeover: Home Edition”) and Marcus Hunt (HGTV’s “Hammer Heads”) are put to the test in a weekly challenge where they attempt to operate today’s most advanced, dangerous and powerful machinery and technology – from a stunt plane to an off-road racing car to a locomotive, and more. With opposing points of view and conflicting methods of practice — one man works strictly from the rule book, while the other uses only his instincts — the real test will be how this “everyman” duo can collaborate to accomplish their challenge.

The show is produced by Asylum Entertainment (“The Kennedys,” “Addicted,” “The Locator”) with executive producers Steve Michaels, Jonathan Koch and Alex Piper.

We’ve got some exclusive pictures from the show as well as a promo that recently aired; check out everything below the post. Give your opinions about the show in the comments section below! 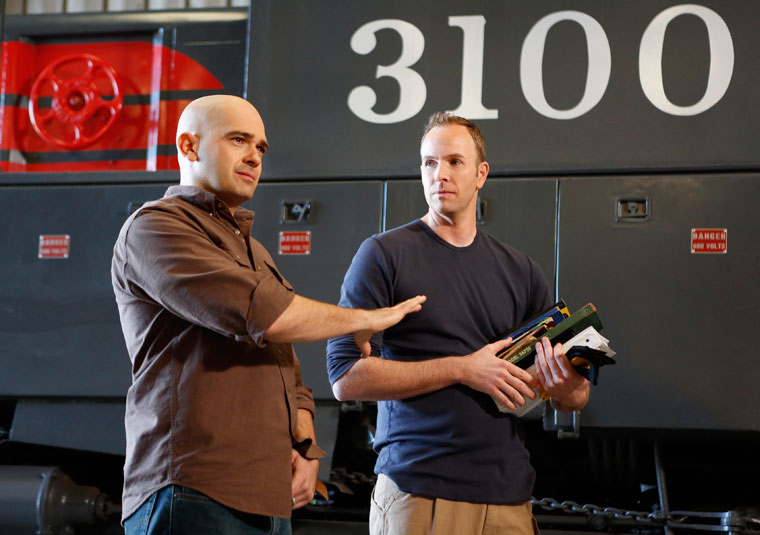