The independent horror thriller ‘A Resurrection,’ starring Mischa Barton, Devon Sawa, Jamie Kennedy and the late Michael Clarke Duncan, has received official VOD, Digital Download and DVD release dates. Archstone Distribution will release the film on VOD on July 23, with the DVD rollout to follow on August 6, with an SRP of $14.99. The movie, which was written and directed by Matt Orlando, is currently available on Digital Download on all internet platforms, including iTunes, Amazon Instant Video, Xbox Video and VUDU.

“We are thrilled to be a part of this exciting, one of a kind thriller,” said Brady Bowen from Archstone Distribution, a well-established international sales and newly domestic distribution company. “The sheer quality of the film coupled with the unique talent of Misha Barton, Devon Sawa, Jonathan Michael Trautmann and the legendary Michael Clark Duncan will make it a must see.”

Archstone Distribution has released the following synopsis for ‘A Resurrection’:

‘A Resurrection’ follows down to earth school psychologist, Jessie (Barton), who tries to help a mentally ill student, Eli (Trautmann). As they begin to connect, she unravels the truth behind the death of Eli’s brother. Are Eli’s stories true? Will his brother resurrect and avenge his death against those responsible for his murder? Or are these stories just in Eli’s imagination? 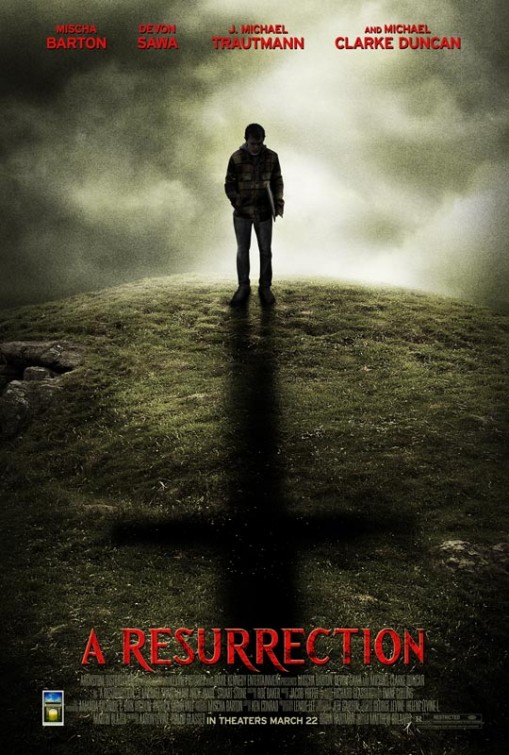