“Sharknado” became the surprise hit of the summer and possibly the most-talked about SyFy television movie in history. The film was such a social media giant that it was strange if you didn’t have someone on your Facebook or Twitter timelines giving their opinions about the film.

If you saw the cheese-fest film and loved every second of it, then you are really in for a treat this August. SyFy is rolling out yet another shark film right on the heels of “Sharknado,” called “Ghost Shark.” Yes, it is what you think it is–not the shark that’s actually called a ghost shark (an Australian ghost shark or elephant shark, to be exact), but a literal ghost shark. As in the spirit of a shark that still feeds on people.

“Ghost Shark” premieres Aug. 22 and stars Mackenzie Rosman (“Secret Life of an American Teenager”), Richard Moll (“Night Court”), Tim Taylor (“The Hunger Games”) and Dave Davis (“Walking Dead”). The title of the film is enough of an enticement, but if you want to truly understand what the film is about, check out this HD trailer and poster below.

Will you be tuning into SyFy to watch the ghost shark chomp on unsuspecting victims? Give your opinions in the comments section below. Need a digital TV package? Sign up for BT Vision for a broadband, TV and phone package. 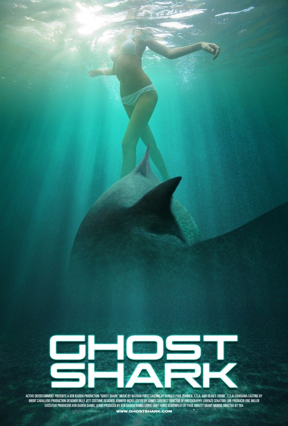