Stay cool this summer with the chilling, exclusive #Insidious #iScream treats in cities across America. The new ‘Insidious: Chapter 2’ ice cream truck, which debuted at San Diego Comic-Con on Friday, is scheduled to head to Los Angeles, Chicago and New York. Follow each city’s ‘Insidious’ twitter accounts-@Insidious_LA, @Insidious_CHI and @Insidious_NY-to find out when the truck will be headed to each area.

The #Insidious #iScream truck will be offering four chilling treats: the Specs & Tucker Pop (Firecracker), the iScream Sandwich (ice cream sandwich), the Push Up Into the Further (push-up pop) and the Insidi-licious Red Demon Bar (frozen fruit bar). The ice-cream treats are helping to promote the anticipated horror thriller, which serves as the follow-up to 2011’s hit ‘Insidious.’

The sequel, which was helmed by returning series director James Wan, will be released in theaters on Friday, September 13 by FilmDistrict. For more information on ‘Insidious: Chapter 2,’ visit the film’s official website, and well as its Facebook, Twitter and Tumblr pages.

FilmDistrict has released the following synopsis for ‘Insidious: Chapter 2’:

The famed horror team of director James Wan and writer Leigh Whannell reunite with the original cast of Patrick Wilson, Rose Byrne, Lin Shaye, Barbara Hershey and Ty Simpkins in INSIDIOUS: CHAPTER 2, a terrifying sequel to the acclaimed horror film, which follows the haunted Lambert family as they seek to uncover the mysterious childhood secret that has left them dangerously connected to the spirit world.

Check out a clip of Whannell and actor Angus Sampson talk about the ice cream truck at San Diego Comic-Con below, as well as the new Specs & Tucker film clip and new ‘Insidious: Chapter 2’ pay-off one sheet poster, below. 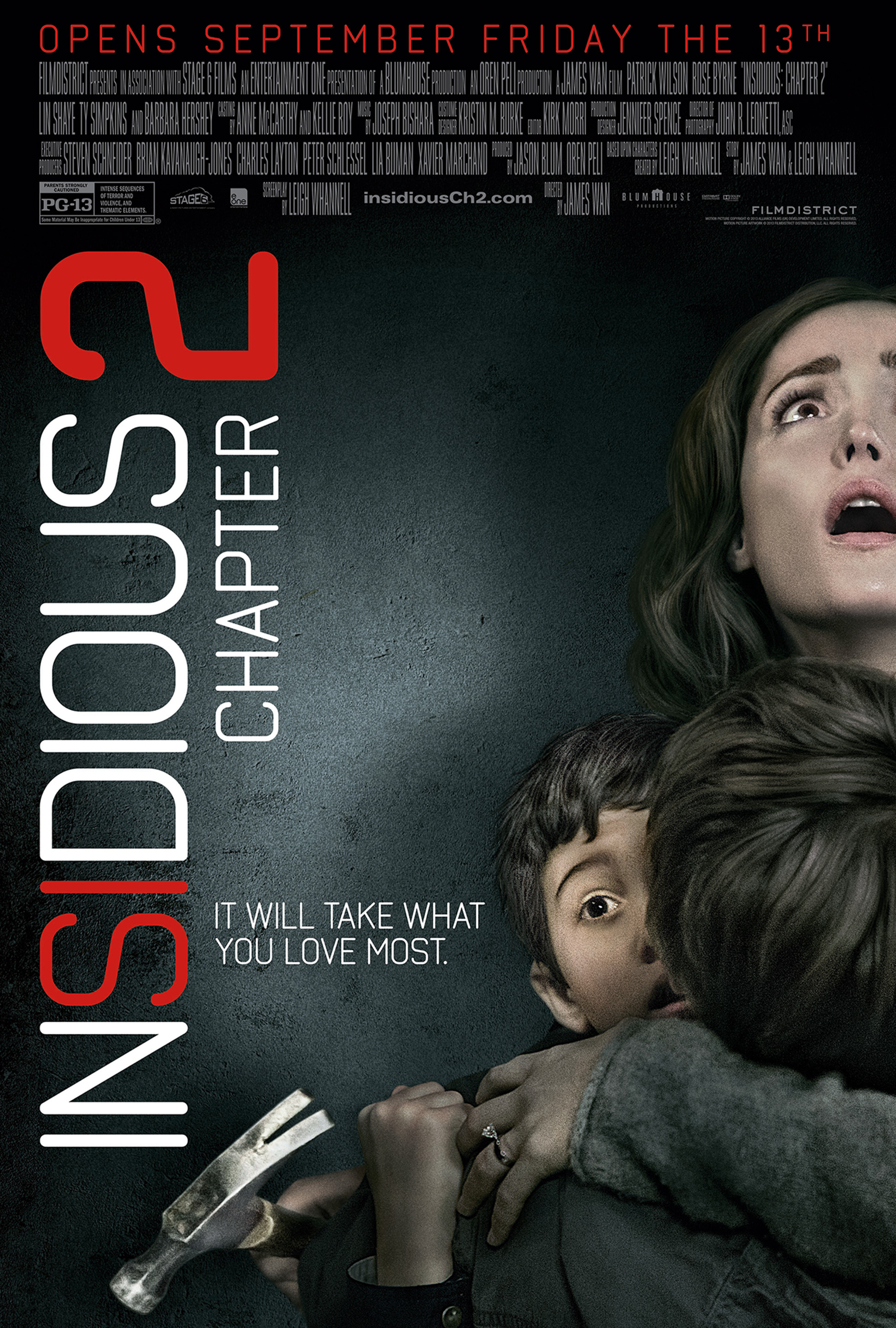 Cancel reply
SDCC 2013: Kat Graham Discusses Life On The Other Side Of The Vampire Diaries Vale
Austin Mahone Set to Perform at Fontainebleau Miami Beach
To Top