Do you recall Blanche DuBois? The Southern Belle fallen out of grace, who took A Streetcar Named Desire up to Elysian Fields in New Orleans to join her sister Stella, married to the vicious tempered Stanley Kowalski? Well, Woody Allen seems to readapt Tennessee Williams’ masterpiece in a contemporary setting, betwixt the Big Apple and Frisco.

The socialite Jasmine (Cate Blanchett) is “blue” for how fate has taken her from riches to rags, after her marriage with her husband Hal (Alec Baldwin), a Wall Street financier, implodes – somehow it seemed doomed from the very start since their love song was ‘Blue Moon.’ Jasmine is forced to take shelter with her sister Ginger (Sally Hawkins), whom she criticises for her choices in romances, both with her current boyfriend Chili, (Bobby Canavale), and with her ex-husband and father of her two children Augie (Andrew Dice Clay). As for Jasmine, she eventually finds another romance, with Dwight, a politically motivated diplomat (Peter Sarsgaard), who is drawn in by her superficiality and delusions of self-grandeur. Life seems to offer her a second chance.

Cate Blanchett is beyond extraordinary in embodying the fragile, up-stuck, drunkard, snobbish Jasmine. Alec Baldwin is impeccable as jack-of-all-girls. The British Sally Hawkins creates a multifaceted character: Ginger is in awe of her sister, even though she is fully aware that her lifestyle is disapproved by Jasmine. The young and rising star of ‘Beautiful Creatures’ and ‘Tetro,’ Alden Ehrenreich can now add another prestigious director to his filmography. Peter Sarsgaard newly proves his acting versatility along with his ability to metamorphose his physique, just as Bobby Canavale, Andrew Dice Clay, Michael Stulbarg and Louis C.K..

Director and Writer Woody Allen once again creates magic with his camera, wit, humour and acumen, as his tragic heroine enters the realm of absolute unknown, moving from one coast to the other, from one social set to the other, one class to another. 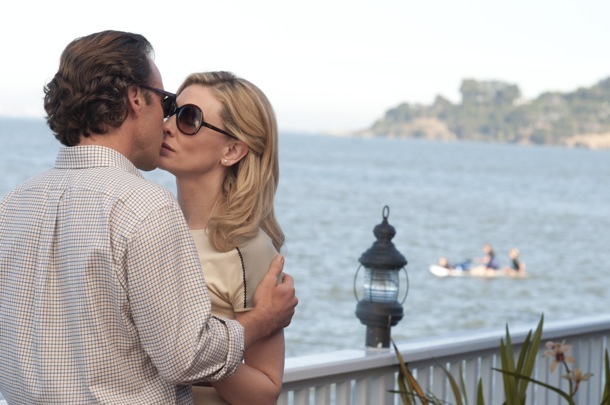