Before reading about the “Artist Of The Week”, you, Shockya readers, deserve to be warned. This week’s selection is filed under my guilty pleasures aka a band associated with the pop genre. Admitting to liking this category could lead to social music suicide, but who doesn’t enjoy belting away to an empowering and corny tune every now and then? So, turn your indie rock frowns upside down and listen to the latest single, “Miss Movin’ On”, from X Factor alum, Fifth Harmony.

As an avid fan of “The X Factor,” I firmly believe the reality competition churns out artists that harbor the utmost quality in the music industry, the entertainment factor. While “American Idol” undeniably has solid vocalists, a majority of these talents haven’t lasted more than a week on the Billboard charts (i.e., Ruben Studdard, Chris Allen, Lee DeWyze). You can argue with me all you want about the iconic careers of Kelly Clarkson and Carrie Underwood, but I am a X Factor fan till the end.

Formed during the show’s tryout rounds, Fifth Harmony finished in third place and left a mark on the audience with their performance of Elle Goulding’s “ Anything Could Happen”. Since the second season of X Factor ended, the girl group, which consists of Dinah-Jane Hansen, Ally Brooke, Camila Cabello, Normani Hamilton and Lauren Jauregui, became part of the Epic Records family via Syco Music.

Steering clear of the disappearing fate of 2011 winner, Melanie Amaro, the quintet continuously released covers on their YouTube channel, keeping them relevant in the industry. Almost a year later, Fifth Harmony is back in the limelight with original tracks, which include the girl power anthems, “Miss Movin’ On” and “Me And My Girls”. These singles are lyrically and instrumentally groomed for their targeted market, teens. Visually, the girls have established separate identities amongst each other, which puts them in a path similar to that of the Spice Girls. Job well done, Mr. Cowell.

Still not convinced that Fifth Harmony is an outfit to watch? Then click here to check out the girls’ performance on The Today Show earlier this month. 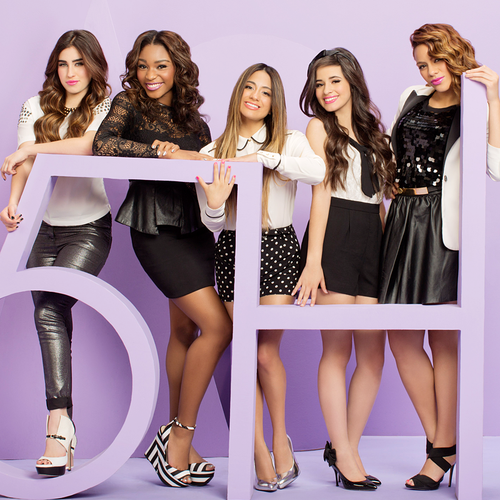