The box office results for the weekend of July 26th – 28th has the lone wide-release, ironically about the loaner X-Men, The Wolverine, out-muscling all the holdovers. Speaking of holdovers, a few of them hit some notable milestone marks. Here are the studio estimates:

The Wolverine could be the rare “popcorn” flick to hang around; mainly because it’s not structured as the typical popcorn product that tends to die out after 2-3 weeks. The latter is something the majority of lovely critics and audience members seem to be agreeing on. Whether that will translate into profits remains to be seen as the influx of blockbuster after blockbuster has some moviegoers proper-stuffed from the barrage of superhero/comic schlock. The brass tax is that this rang up a production bill of $120 million and opened far less than its 2009 predecessor – which went on to snag $179.8 million domestically. The X-Men franchise tends to play decently overseas and should be able to help this entry eclipse the $300 million mark worldwide and therefore see the black ink on its claws. And its box office arc could play out similar to how World War Z did since opening in late June (now at $192.6 million). Well, at least that’s what Twentieth Century Fox is hoping for.

Adam Sandler hit the $100 million mark on the home front for the 14th time in his roller coaster career, critically speaking. Grown Ups 2 has played its way to $101.6 million after 3 weeks in theaters.

Despicable Me 2 became the 45th film to cross the $300 million plateau after 4 weeks in release. The ever-growing total for the 3D animation from Universal Pictures is at $306.4 million domestically.

The Conjuring dropped just 47% from its surprising stellar opening last weekend. For a horror flick, that impressive activity is an occurrence rarely seen these days. Current total is $83.8 million off a $20 million production budget.

This week it’s all about the number 2: The Smurfs 2 opens on Wednesday and 2 Guns shoots into theaters on Friday. Reviews will be right here my fellow Shockers! 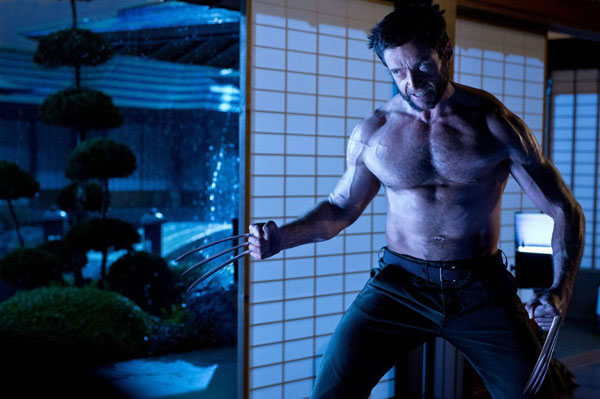