Box Office Predictions: The Box Office Could Get Smurfed

This weekend could mark a bit of a summer lull. We’ve only got two new wide releases hitting theaters and one will see a lesser weekend one total courtesy of a Wednesday release while the other will just suffer from poor promotion.

“The Smurfs 2” may have accumulated a slew of abysmal reviews, but that didn’t stop the first film from scoring $35.6 million during weekend one and the sequel is poised to achieve the same. As for “2 Guns,” even with famous faces like Denzel Washington and Mark Wahlberg, there just isn’t enough momentum behind this one for it to perform well at the box office. It’ll be lucky to match another Wahlberg 2013 release, “Pain & Gain,” with a $20 million to start.

The lack of devastating new competition should keep “The Wolverine” in decent shape. Even though it didn’t come close to matching “X-Men Origins: Wolverine’s” $85.1 million start, that $53.1 million will likely let it enjoy a much smaller weekend one to two drop. Whereas the first film plummeted 69%, this one might only dip 45%, which would give it another $28 million. Considering “The Conjuring” will continue to own the horror genre this weekend, it might manage to bring that 46.9% change down to 40% this time around. Should that be the case, it’ll post another $13 million and snag the #4 spot on the top ten.

Both “Despicable Me 2” and “Turbo” have been inching their way down, but with “Smurfs 2” entering the race, they’re in for a heftier drop this time around. Should “Despicable Me 2’s” 34.1% weekend three to four decline jump up to about 47%, it’ll bring another $8.5 million to the bank while “Turbo’s” 35.5% weekend one to two percent change could hit 50%, leaving it with just $7 million for its third weekend out.

With no direct competition, “Grown Ups 2” could be in good shape yet again. If it manages to maintain last weekend’s 41.6% decline, it’ll take in another $6.5 million in its fourth weekend out. “RED 2” isn’t plummeting per se, but the original’s exceptionally slow decline is what solidified it as a hit. Here, however, the filmmakers might have to wait until its home video and VOD release to really know whether the concept was worth the second go-around. But for now, “RED 2” is looking at a 45% dip, at least, which would leave it with $5 million.

Thanks to their significant lead on the rest of the competition, “Pacific Rim” and “The Heat” are almost guaranteed those final two spots on the top ten. “Pacific Rim” has a good shot at lessening last weekend’s 51.9% decline to 47% and that would give it another $4 million to take to the bank while “The Heat” is bound to keep inching its way down, possibly losing just 30% for $4.5 million, taking #9 and bumping “Pacific Rim” down to #10. 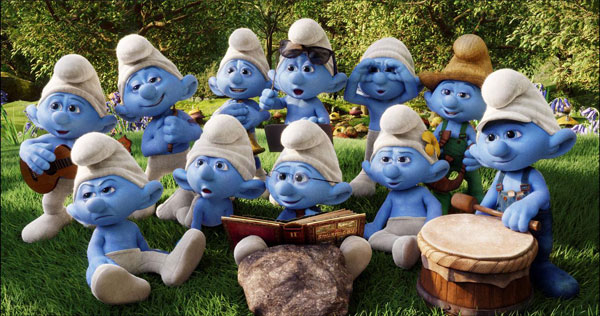