“Europa Report” is a highly effective documentary-style piece that puts you in the heart of a deep space mission, letting you feel the thrill and then, ultimately, the utter terror.

The film focuses on Europa Ventures’ privately funded mission to the Jupiter moon. The company recruits a team of six astronauts and tasks them with documenting the existence of single-celled life beneath Europa’s icy surface. All goes well during the lengthy deep space trek, but upon their arrival, a string of severe calamities puts the crew’s discoveries and lives in jeopardy.

“Europa Report” is POV filmmaking at its best. The tale is told from the found footage perspective, with recordings from the mission intercut with post-mission reactions from the folks in charge back on Earth. Not only is the format successful in delivering a meaty, suspenseful narrative, but it’s also one that keeps you guessing. While Cordero does deliver a very clear-cut presentation of the intricate details of the mission, he also doesn’t spoon feed information and emotion leaving part of the experience up to you. The film naturally makes you wonder, what might you do in such a situation – would you risk your life for the discovery? And that question doesn’t just apply at the onset of the mission. Later on, when things get dangerous, it hits you again, but within an entirely different context.

But fortunately, you’re not isolated and helpless on Europa and William (Daniel Wu), James (Sharlto Copley), Daniel (Christian Camargo), Katya (Karolina Wydra), and Rosa (Anamaria Marinca) are. Further enhancing the audience viewpoint and adding layers to the experience, each member of the group has a different specialty and is also at a different stage of their career and life, too. Copley’s character makes a mark because he’s got kids. James maintains a constant connection to his family, offering up yet another way to connect to the situation.

Wydra’s Katya is also a standout thanks to one of the most compelling and downright nerve-wracking scenes of the film. As the group’s marine biologist, she’s the one it falls upon to suit up and hit the surface of Europa to collect some samples. Without spoiling the moment, the scenario that follows is a shocking display made all the more consuming by an excellent performance and some very thoughtful camera and editing techniques.

The visuals excel throughout. For anyone who’s complained about nauseating handheld camera work, you’re entirely in the clear with “Europa Report,” and, better yet, there isn’t a single unjustified camera angle in the film. The large majority of the action is captured from security camera-like perspectives, James documents a good deal of the trip from a handheld camcorder, and there are in-helmet cameras for when the astronauts venture out of the shuttle. Clearly that’s a lot of vantage points, but the environment is so well constructed and then sustained, that there’s never a risk of losing your bearings. Even when the group sends a probe out to investigate and the robot is swimming through the black of the Europa ocean beneath the moon’s surface, just the right amount of exposition gives you a firm grasp on where you are and what’s being done while still maintaining a sense of wonder and discovery.

But, of course, the big jaw-dropper in “Europa Report” is the grand finale. The film is an excellent piece of work, but it’s the climax that makes it unforgettable. When you go as big as Cordero did, there’s always the risk of falling flat on your face and essentially negating all previous successes, but that’s certainly not the case here. Cordero and writer Philip Gelatt take their time building characters, stakes, and suspense so that when they throw something at you that requires an open mind, you’re ready and willing to receive it.

“Europa Report” is easily one of the better sci-fi films of recent years, and on a limited budget at that. No need for an enormous bank account to bring a deep space adventure to the big screen when you’ve got a smart, thoughtful, and detail-oriented filmmaker at the helm to ensure the result is thoroughly engrossing and earns an astronomical build. 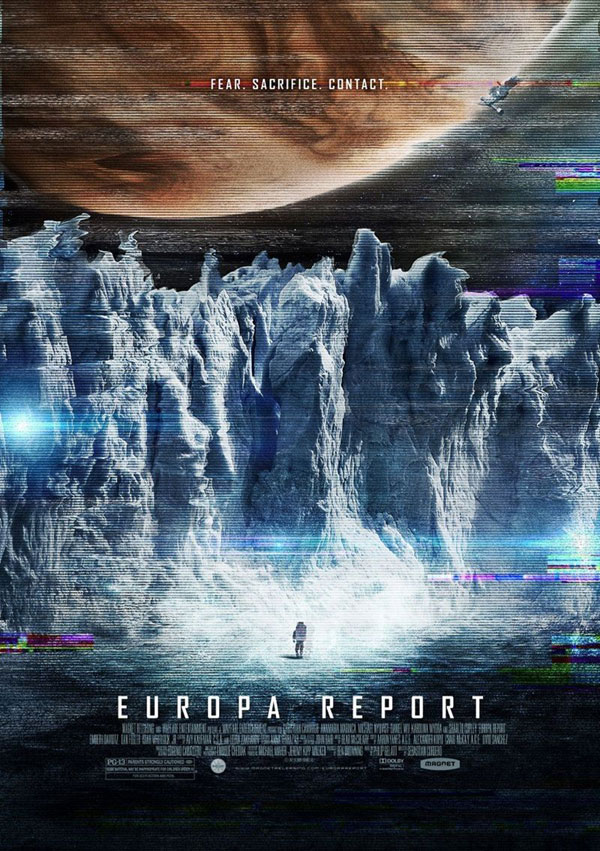