If the explosion in the coverage of celebrities’ lives has given rise to literally hundreds of websites and magazines, it’s done little to illuminate the actual nuts-and-bolts process of making movies, which remains mostly a mystery to the general public. That’s certainly even more true of the various behind-the-scenes players who often labor in relative obscurity. The new documentary “Casting By,” then, throws a warm, deserving spotlight on casting directors, charting the overlooked profession’s inception and growth through two of its most celebrated practitioners, Marion Dougherty and Lynn Stalmaster. Informative and enormously entertaining in equal measure, director Tom Donahue’s movie, premiering tonight on HBO after its Los Angeles Film Festival debut earlier this summer, is a must-see for film aficionados.

“Casting By” opens with thoughts from Martin Scorsese, and cycles through countless anecdotes and reminiscences from notable actors and directors, including Al Pacino, Clint Eastwood, Robert De Niro, Woody Allen, Robert Duvall, Robert Redford, Jeff Bridges, John Travolta, Glenn Close and more. But Donahue’s film isn’t merely a glam-packaged salutation. The film, in filtering its narrative through iconoclastic, taste-making pioneers Dougherty and Stalmaster, provides tangible, important insights into the crumbling of the old studio system. Afforded both power and freedom in the new medium of television (Dougherty in particular would break new ground with her work on the influential New York crime serial “Naked City”), this duo would strike important blows against typecasting, in the process helping to elevate the careers of dozens of now-legends.

Among them, Bette Midler shares a great story about getting a break on “Hawaii,” and Travolta relates a tale of losing out to Randy Quaid for an important supporting role in “The Last Detail,” only to have Stalmaster pull strings and lobby hard to land him a chance at “Welcome Back, Kotter.” Jon Voight, though, has one of the most touching stories, telling of how he flubbed a performance on a “Naked City” episode, only to years later have Dougherty still vouch for him on “Midnight Cowboy.” Finally landing the role after Universal wouldn’t release from a commitment Michael Sarrazin, the producers’ first choice, Voight would go on to score a Best Actor Oscar nomination for the film.

The evolution and rise of casting — trending away from the hiring of pretty faces, and swapped-by-degrees Column A and Column B combinations — flowed from Dougherty’s New York stage roots, and allowed for more interesting and diverse talents to be plugged into parts in projects that were right for them. “Casting By” also charts the fruit borne from her tree of mentoring — a robust group that includes among many others Juliet Taylor, Allen’s longtime casting associate.

The film serves up a strain of advocacy in its final act, pushing the notion that casting directors deserve their own Academy Award recognition. But it makes a sincere and certainly strong case. (Taylor Hackford, a former president of the Directors Guild of America, takes it mostly on the chin as the voice of dissent.) Donahue does a great job of interweaving film clips with interviews from a variety of articulate subjects, and the result connects like a velvet hammer. “Casting By” is a movie that matters, yet it’s also slyly educational — slipping in rhetorical points alongside a fascinating story about the casting of the kid from the infamous banjo duel in ‘Deliverance.” After seeing it, no matter how many movies you’ve seen, you might not look at movies in quite the same manner.

NOTE: “Casting By” debuts on HBO on August 5, and plays throughout the month on the cable channel and its affiliates. Check your local listings for showtimes. 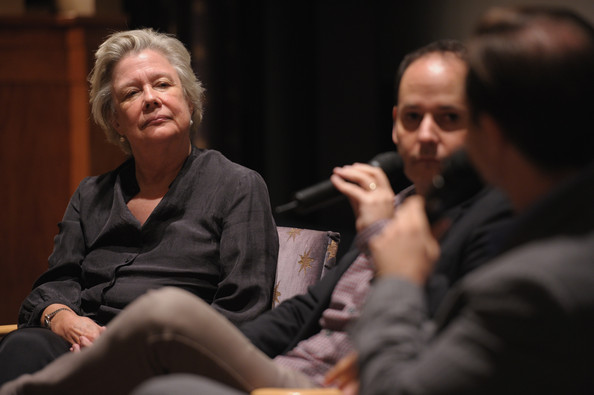