Artist Of The Week: CHVRCHES

Aug 6, 2013 CHVRCHES, MUMFORD & SONS, THE BONES OF WHAT YOU BELIEVE, THE MOTHER WE SHARE

Electro-pop music has finally been justified with the Scottish outfit, CHVRCHES. The group, which consists of Lauren Mayberry (lead vocals), Iain Cook (multi-instrumentalist, vocals) and Martin Doherty (synthesizers, vocals), doesn’t abuse their instrumental privileges by flooding tunes with clumps and clumps of beats. Instead, the trio has the ideal mix of catchy melodies, memorable lyrics and vocal intonation. CHVRCHES will be a breakout band of 2013 and their experimental sound will keep them afloat in this industry for many years to come.

Let’s address one obvious outlier, the “V”. CHVRCHES is pronounced as “churches”, but to avoid the Google search clutter, the outfit opted for a letter replacement. Smart and talented, how could you not be a fan?

Signed to Glassnote Records (Mumford & Sons, Childish Gambino, Two Door Cinema Club), CHVRCHES dropped their EP, “Recover” this past March and will release their debut studio album “The Bones Of What You Believe” in the fall. The outfit recently shared the music video for the album’s opening track, “The Mother We Share”, earlier this week. You can also catch the trio performing the single on “Late Night With Jimmy Fallon” back in June.

If you somehow are still not sold on the positively uncanny talent of CHVRCHES, then check out the group’s other single, “Gun”, which is also off their upcoming debut album out in September. 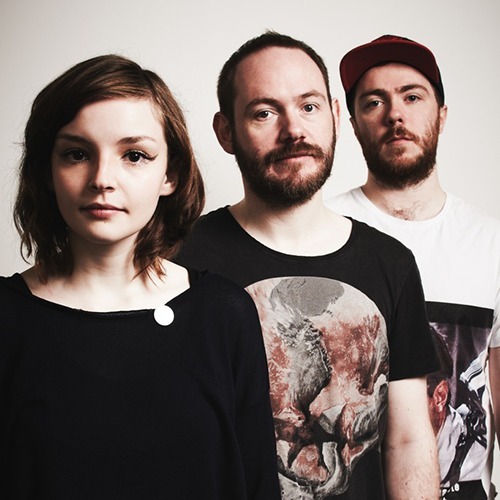