In promotion of their new biopic ‘Jobs’ opening next Friday, August 16, stars Ashton Kutcher and Josh Gad have been discussing the experience of playing Apple co-founders Steve Jobs and Steve Wozniak. Kutcher spoke about Job’s innovative mind, brutal honesty and personal history in his appearance on Wednesday night on ‘The Colbert Report.’ Gad also revealed the process of portraying the computer engineer yesterday while on ‘Good Morning America.’

Open Road Films has released the following synopsis of ‘Jobs,’ which was directed by Joshua Michael Stern:

‘Jobs’ is the extraordinary story of Steve Jobs, the original innovator and ground-breaking entrepreneur who let nothing stand in the way of greatness. The film tells the epic and turbulent story of Jobs as he blazed a trail that changed technology — and the world – forever. Go see JOBS on August 16th, starring Ashton Kutcher as Steve Jobs, Josh Gad as Steve Wozniak, and Dermot Mulroney, Lukas Haas, J.K. Simmons, Matthew Modine, and James Woods.

For more information on ‘Jobs,’ visit the film’s official website and Facebook, Twitter and Instagram pages. Watch the clips featuring Kutcher and Gad promoting the drama on ‘The Colbert Report’ and ‘Good Morning America,’ below. 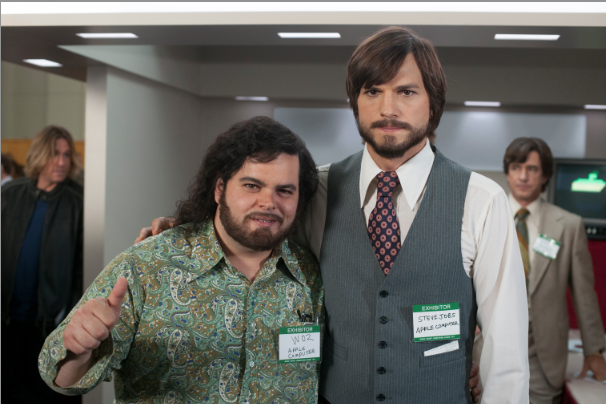