Acute moments of heartbreak punctuate the new documentary “Off Label,” a collage-type snapshot of runaway pharma-culture which otherwise struggles to find a topic sentence or cultivate a cogent point-of-view. A nonfiction competition title at the Tribeca Film Festival, directors Michael Palmieri and Donal Mosher’s movie is an example of well-intentioned cinematic social advocacy undone by haphazard, point-and-shoot construction.

“Off Label” ostensibly centers around seven subjects (or family members of same) who have served, either wittingly or unwittingly, as test subjects for drug manufacturers or doctors nominally in their employ. And certain of its narrative strands are undeniably hugely compelling. Iraq War veteran Andrew Duffy, a one-time medic stricken with post-traumatic stress disorder, talks about being directed to use 14-gauge needles on Abu Ghraib prisoners for their IVs, as part of effort to psychologically break them. A montage of gruesome photographs, meanwhile, shows some of the other horrors of war to which he was subjected.

Equally affecting are the reminiscences of Mary Weiss, the mother of a mentally ill young man who committed suicide during a 2004 University of Minnesota clinical trial of the drug Seroquel. There’s an eerie tranquility to many of her musings, but the chilling, graphic recounting of the specifics of her son’s death (“This is what the drugs do — if Dan simply wanted to kill himself, he wouldn’t have done that”) provides “Off Label” with an unnerving moment of piercing, wretched sadness destined to be rarely surpassed on the screen this year.

The problem is that directors Palmieri and Mosher evidence little skill or instinct for corralling their story into something manageable and salient. Their efforts to select a broad cross-section of people whose lives are impacted by Big Pharma is commendable, but they get caught up in secondary details or character traits (the marriage of a bohemian couple who have lived largely off of income as compensated test subjects; the gambling habits of another such young man) without first establishing many of the specifics of their respective stories.

“Off Label” can’t see the forest through the trees; somewhere along the way, its makers get lost as to exactly what sort of story they’re telling. Is it about the immorality of forced drug trials from the 1960s on prison inmates whose consent was at best coerced? Is it about psychiatrists dealing with poly-pharmacy generated by primary care physicians prescribing medications about which they have little expertise? Is it about the continued lack of substantive national dialogue on mental illness as it relates to health care? Passionate and jumbled, “Off Label” is a conversation-starter, but as much for its shortcomings as for what it says about the state of drugs in America.

NOTE: “Off Label” opens this week in New York and Los Angeles, in the latter at the Laemmle Royal; it expands in weeks following to a limited national release. In addition to its theatrical engagements, however, the movie is also available across VOD platforms. For more information, visit www.OffLabelFilm.com. 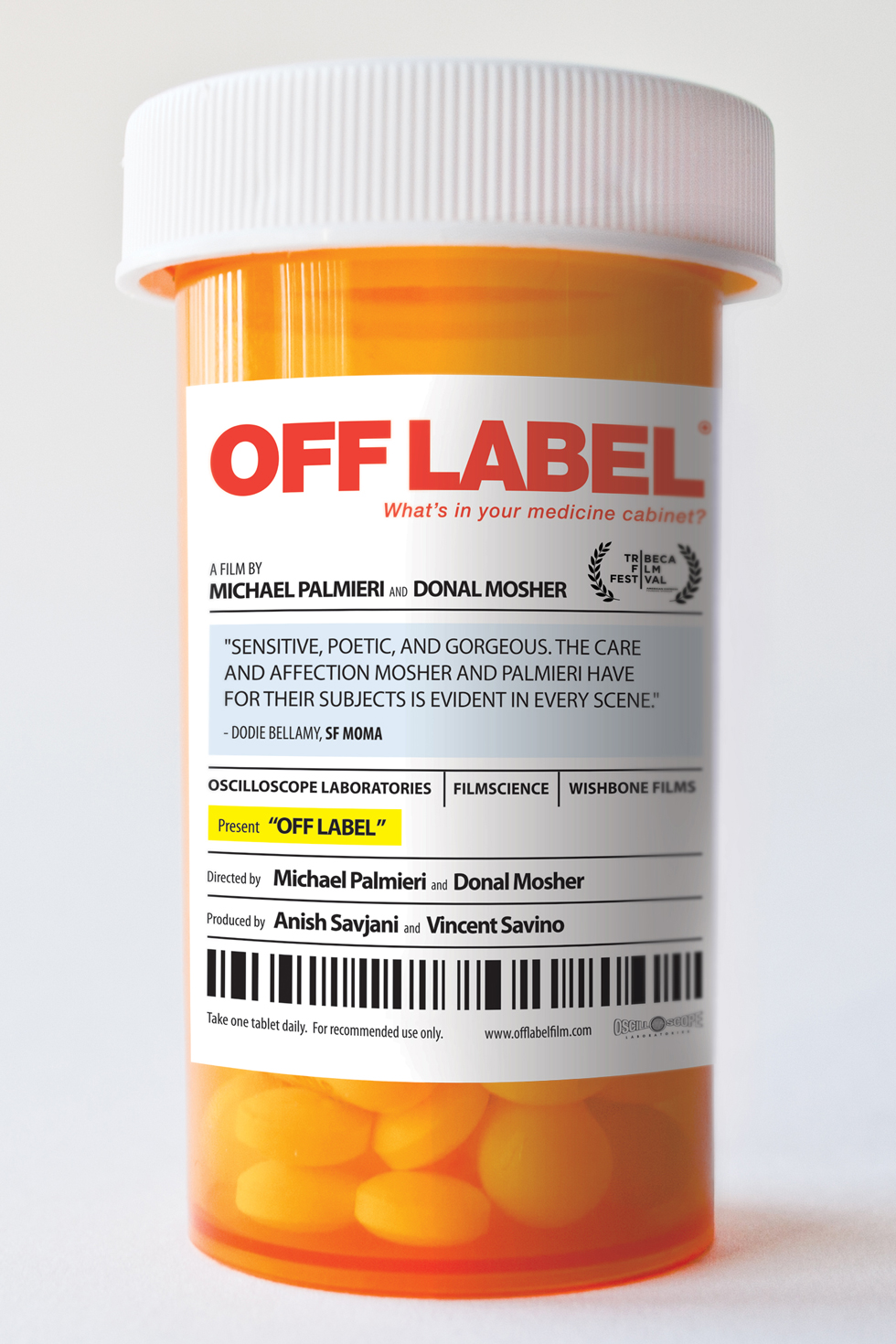