The expression “Hell hath no fury like a woman scorned” applies mightily in Atiq Rahimi’s “The Patience Stone.” In fact while that bon mot might best apply to the women of oppressive countries like Iran and Afghanistan, the quote comes strangely enough from William Congreve’s “The Mourning Bride,” written in 1697, from a country where compared to what women undergo in much of the profoundly sexist world, Britain must have been like paradise.

“The Patience Stone” is adapted from director Atiq Rahimi’s best seller, winner of the 2008 Prix Goncourt—a brief, melodramatic novel set amid factional violence somewhere in Afghanistan or elsewhere. The central character is a Muslim woman confined largely to a dilapidated home, her comatose husband (he has a bullet in the neck courtesy of a jihadist), and two young daughters. This woman, as shown graphically in the film written by the director and Jean-Claude Carriére, lives in a house of pain. A humorless mullah keeps visiting without invitation, driven away with the excuse that she is impure, i.e., having her period. Sexually menacing soldiers break into her house. When she is certain that one, a commander of his unit, is about to rape her, she drives him off by lying, stating that she makes her living as a prostitute. As her liberated aunt (Hassina Burgan), an actual prostitute, advises her, “You did the right thing.” “Nobody wants to put his dirty thing in a hole that has been occupied by a thousand others.”

Perhaps the real bane of this woman is not so much the jihadists (read: Taliban, though both the author and the screenwriters do not name the middle eastern country), but the way this thirty-something woman has been treated by her husband. He now ironically lies powerless, comforted by the wife he had abused who is keeping him alive with drugs when she can afford them, a tube of sugar and water in his mouth when she is broke.

Though the conversation she has with her comatose husband might be considered stilted in the book, in this movie the sad woman comes alive with lengthy monologues that some might deliver as though reading from the dictionary, but here, spoken by the Iranian actress Golshifteh Farahani, the talk is actually riveting. If you turned off the sound, you could virtually tell what she is saying by the expressions on her face, as she curls her lips when showing the most contempt for this man who often treated her like a piece of meat, but smiling, even giggling, when she has a memory of a humorous incident in her past.

The title comes from a stone well known in the Muslim world called the syngué sabour. You talk to the stone: it absorbs your troubles, providing for its followers a cheap form of psychotherapy particularly in countries that exercise extreme censorship. Just as we in the West would talk to a psychotherapist or a priest, telling of our troubles that have been locked away, Farahani’s character, known only as “the woman,” treats her husband like a syngué sabour. He’s comatose, so he can’t hear or react to the bile that pours forth about how she was forced into an arranged marriage to a man she had never met and how now, she has brothers-in-law who do nothing to help either her or the husband. The husband, played by Hamidrez Javdan without speaking a word, does the fairly demanding job of looking at the ceiling without expression.

Being the accomplished actress that she is, Ms. Farahani—whose performance reminds of one I saw by the Greek star Irene Papas in “Antigone”– is able to show conflicted feelings toward the man. She tends to him, the only person with any concern. She replenishes the feeding tube and, coming into a sudden, small sum of money is able to go to the pharmacy to get him the serum he needs to keep him alive. At the same time, she censures him for ten years’ mistreatment, including repeated rape and treated like vermin when she would have her period. Though you’d expect her to swear off men for a lifetime, she gets a new lease on life when an inexperienced, stammering soldier (Massi Mrowat) , covered with cigarette burns inflicted his commander, uses her to lose his virginity. He returns to the home, each time getting a lesson in how to make love, showing genuine interest and affection toward the woman. There is something to what she pronounces as her philosophy: “Men make war when they don’t know how to make love.”

Though the film portrays Kabul, most of it was shot by Thierry Arbogast in Morocco, a Muslim country shown to be friendly to movie productions. A producer, Michael Gentile, notes that “we found apartment blocks in Morocco that looked exactly like Soviet-era housing in Kabul.” Outdoor scenes of gun-running were filmed in Kabul.

The story could conceivably be performed on a small, off-Broadway stage in New York with the remarkable Farahani knocking out a one-hour monologue, but director Rahimi successfully opens up the tale cinematically in outdoor scenes, including one with a tank and a bunch of jihadists with automatic weapons.

Golshifteh Farahani has an impressive résumé including Ridley Scott’s “Body of Lies,” about a CIA operation in Jordan seeking to catch a cleric responsible for bombs over Europe. For that role she is declared persona non grata , the first Iranian star to perform in a Hollywood film. Fluent in French and English as well as this film’s Farsi, she lives in Paris. Director Rahimi believes that women like Farahani’s character could be a force for change in reactionary governments in the mid-east. 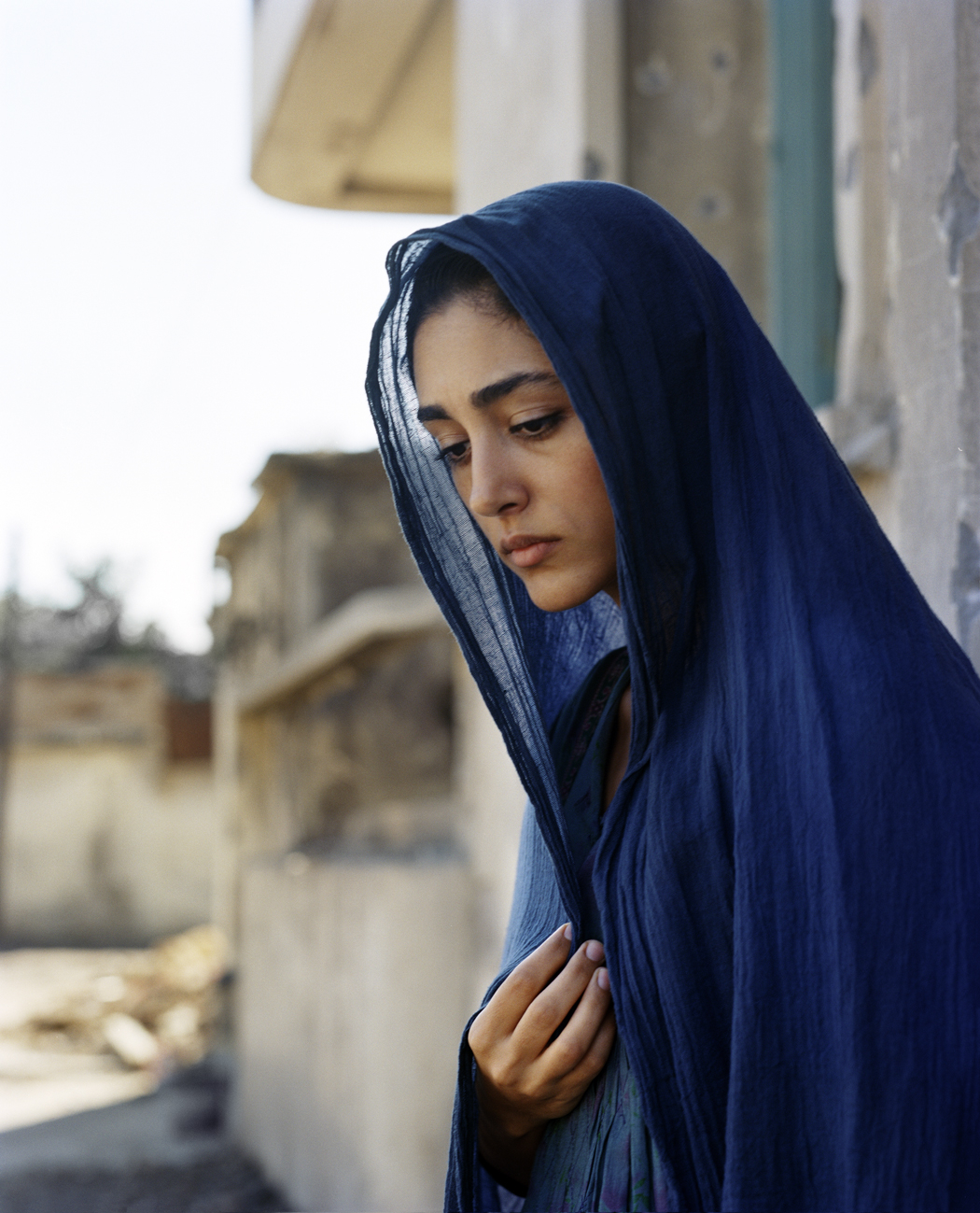