Enter the unsettling world of the Lambert family with Universal Studios Hollywood’s Halloween Horror Nights, with ‘Insidious: Into The Further.’ The maze transports guests to a dark realm where malevolent souls and demonic entities exist in the existence of their past lives. Based on the hit horror thriller ‘Insidious’ and its anticipated sequel ‘Insidious: Chapter 2,’ the attraction joins the terrifying attractions during the Halloween event, which opens on September 20.

The nightmarish journey focuses on the evil spirit that has haunted the Lambert family for two generations. Visitors will travel into the world of the dead to confront the malicious souls that are determined to torment the living.

‘Insidious: Into The Further’ begins its reign of terror before guests even enter the maze, as paranormal investigators Tucker and Specs forewarn them about the evil that lurks inside. Visitors soon learn that the pair’s warning should have been taken seriously, as they explore the most frightening scenes from both films.

“This attraction takes guests through the utter horror of both ‘Insidious’ and ‘Insidious: Chapter 2,'” the film’s drector, James Wan. said. “The Lipstick Demon, The Long Haired Fiend and the victims he murdered–they all come together in a perfect storm within the maze. In fact, I think this maze is the closest you can come to experiencing the kind of fear portrayed in our films, without actually living through it yourself.”

“To bring the paranormal world of ‘Insidious’ to life, we’re collaborating with the film’s director James Wan, writer/co-star Leigh Whannell and producer Jason Blum, who all happen to be huge fans of our Halloween event,” Halloween Horror Nights Creative Director John Murdy said. “It’s an incredible opportunity to partner with filmmakers who share our passion for bringing nightmares of the silver screen to life.”

The following synopsis for ‘Insidious: Chapter 2’ has been released:

The famed horror team of director James Wan and writer Leigh Whannell reunite with the original cast of Patrick Wilson, Rose Byrne, Lin Shaye, Barbara Hershey and Ty Simpkins in ‘Insidious: Chapter 2,’ a terrifying sequel to the acclaimed horror film, which follows the haunted Lambert family as they seek to uncover the mysterious childhood secret that has left them dangerously connected to the spirit world. ‘Insidious: Chapter 2’ opens in theaters nationwide Friday, September 13. 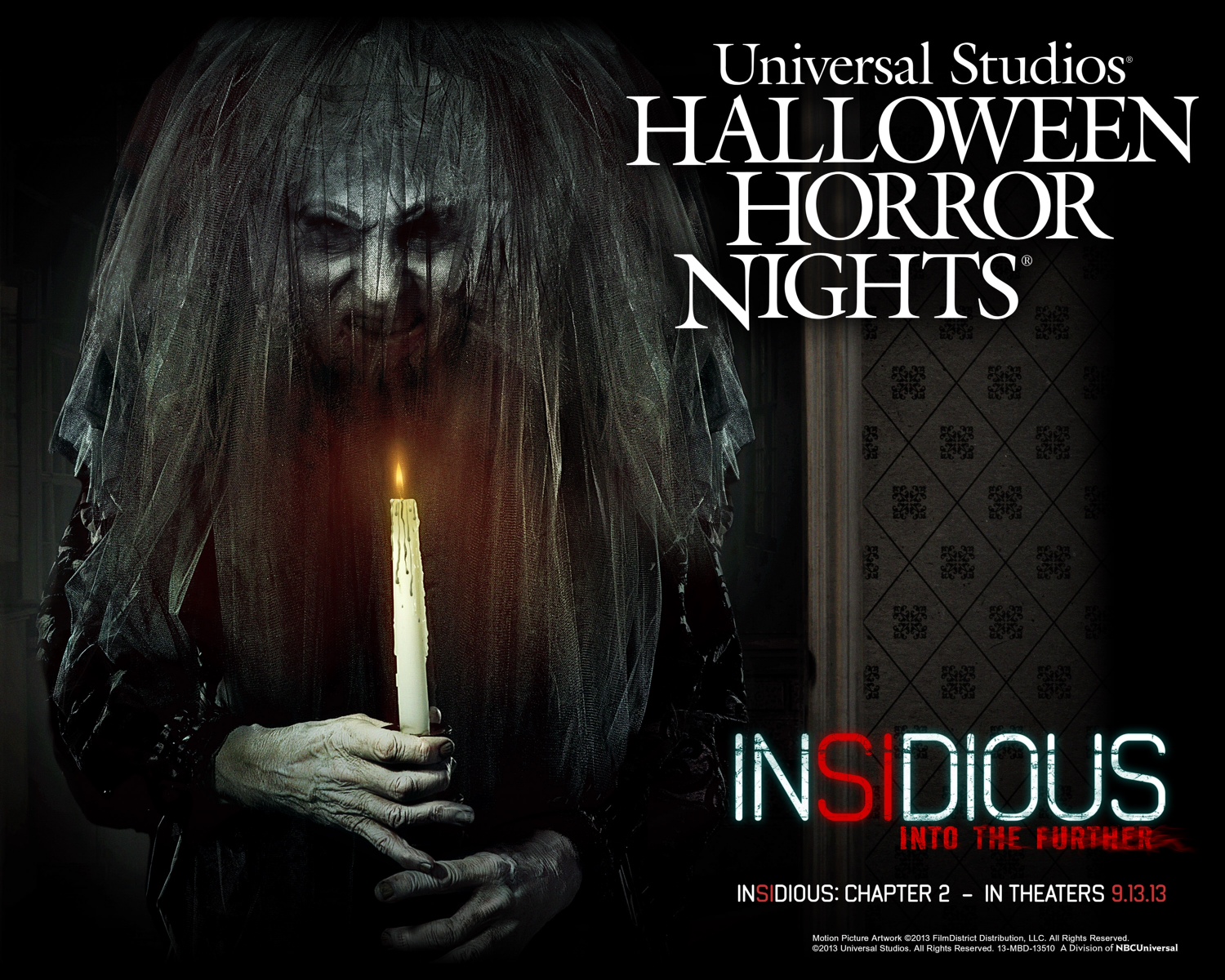 Cancel reply
Is This An Extended Synopsis For Captain America: The Winter Soldier?
Box Office Report: Elysium leads a balanced weekend
To Top