Social networking has become one of the world’s favorite past times in recent years, as people regularly like to keep track of what their friends and colleagues are doing with their personal and professional lives. But people usually don’t think of the negative effects of completely sharing their lives with their peers online, until their daily activities begin being monitored by their jobs and the government, and their private information begin putting them in dangerous situations. That is certainly the case with the up-and-coming technological genius, Adam Cassidy, in director Robert Luketic’s adaptation of Joseph Finder’s ‘New York Times’ best-selling 2004 thriller novel of the same name. The tech savvy youth, in search of bettering his economic situation, is willing to put his privacy on the line in an effort to move up the corporate chain, only to soon discover the steep price he must pay to make his dreams come true.

‘Paranoia’ follows Adam (Liam Hemsworth), an entry-level worker who’s determined to rise up the ranks at his global tech company, which is run by Nicolas Wyatt (Gary Oldman). After Adam inadvertently gets himself and his friends, including Kevin (Lucas Till) and Allison (Angela Sarafyan), fired for not living up to their potential on inventing a new technological project, he decides to use the last of the group’s assignment money during an impromptu trip to a nightclub. The following morning, Wyatt proposes to Adam that instead of turning the group into the police for using the company’s money after they were fired, he offers to turn him into a covert corporate spy. Wyatt wants Adam to obtain trade secrets at his rival company, which is run by his former partner and one-time friend, Jock Goddard (Harrison Ford).

Aided by Wyatt’s behavioral psychiatrist, Dr. Judith Bolton (Embeth Davidtz), Adam learns how to effortlessly assimilate into Goddard’s company. With new endless wealth and power, Adam earns the trust of one of Goddard’s trusted employees, Emma Jennings (Amber Heard), with whom he had a one-night stand the night he was originally fired from Wyatt’s company. But when Wyatt pushes Adam too far and begins controlling his every move, the young worker decides he wants out of their arrangement. But the technical tycoon will go to shocking lengths to keep his secrets hidden, going as far as to threaten Kevin and Adam’s ill father, Frank (Richard Dreyfuss). Adam realizes that his aspirations to rise above his father’s economic class is not only hurting himself, but is also threatening his loved ones, which leads him to take whatever means necessary to protect them.

Luketic smartly cast the three main actors with Hemsworth, Oldman and Ford, who all effortlessly showcase the emotional and financial motivations that drive their respective characters to commit crimes to better their lives. Hemsworth effortlessly captured Adam’s drive and determination to work hard at his job and obtain a financially more stable life than his father, even if it means committing corporate espionage. But as soon as Wyatt introduces Adam to the world of power and wealth after implanting him in Goddard’s company, and he starts to realize the dangers associated with maintaining wealth, Hemsworth becomes emotionally motivated not to become an indispensable asset.

Oldman and Ford also fiercely play the dueling rivals who would resort to any means necessary to obtain what they want and need. They portray their respective eccentric businessmen with such an ambition to be more successful than the other that they resort to numerous illegal activities, even murder, in order to gain an advantage over the other. Oldman infused Wyatt with an arrogance of creating the successful ideas that launched his and Goddard’s company to success when they worked together. But despite the tycoon’s ever-present, highly-visible egoistical attitude about his brilliance, Oldman also skillfully balanced Wyatt’s insecurities over rising up from a working-class background and being self-taught in his field.

Ford brilliantly transformed his character’s demeanor throughout the course of ‘Paranoia,’ naturally showcasing the acceleration in Goddard’s determination to beat his rival’s success. The actor initially accepted Adam into a high position in his company, gleefully happy to have taken one of his enemy’s assets from him, but was also seemingly happy to embrace the intriguing ideas Adam offered. Gentle and soft-spoken upon initially hiring Adam, Ford also emotionally played his character as having trusted his new protege with his past secrets, including his feelings over his son’s death. But as Adam and Wyatt became closer to obtaining Goddard’s company’s technological secrets, Ford effortlessly descended into becoming more manic and controlled over who gained access to his projects.

While Luketic deserves credit for smartly casting his lead characters with distinctively creative and unique actors, the film’s screenwriters, Jason Dean Hall and Barry Levy, unfortunately at times infused the story with cliched dialogue and situations that over-saturate the thriller genre. On the surface, ‘Paranoia’ does update Finder’s novel to showcase the stark realities of the 2013 corporate world, including two billionaire rivals always searching for a way to keep their companies on top and a young worker’s search for identity and success in an age where privacy has become obsolete on the Internet and jobs are increasingly hard to find. However, the language between the characters feels contrived at times, such as when Emma confronts Adam over the true nature of their personal relationship, or when Goddard slyly offers Wyatt the chance to reunite as friends and business partners. There are also several situations in the film where the characters’ decisions and motivations are questionable, such as when Goddard hires Adam for an executive job, just after he was fired from an entry level position from Wyatt’s company.

‘Paranoia’ takes a noteworthy and courageous effort of capturing the suspicion that has arisen in the current technological age, where everyone’s personal information and data is monitored and analyzed by everyone, including places of employment, government agencies and our peers on social networking sites. Through Luketic’s intriguing casting and captivating performances by the main actors, the film showcases the never-ending rivalry and feud of former partners who refuse to accept the other’s success, as a talented up-and-comer naively tries to assimilate into their world. Despite the director’s best efforts to update Finder’s novel the struggles of corporate leaders continuously trying to beat each other and a young worker’s search for identity in the work field, the language and situations between the characters feel unnatural and manufactured at times. The disconnect unfortunately takes away from the examination of corporate technology, youth culture and greed. 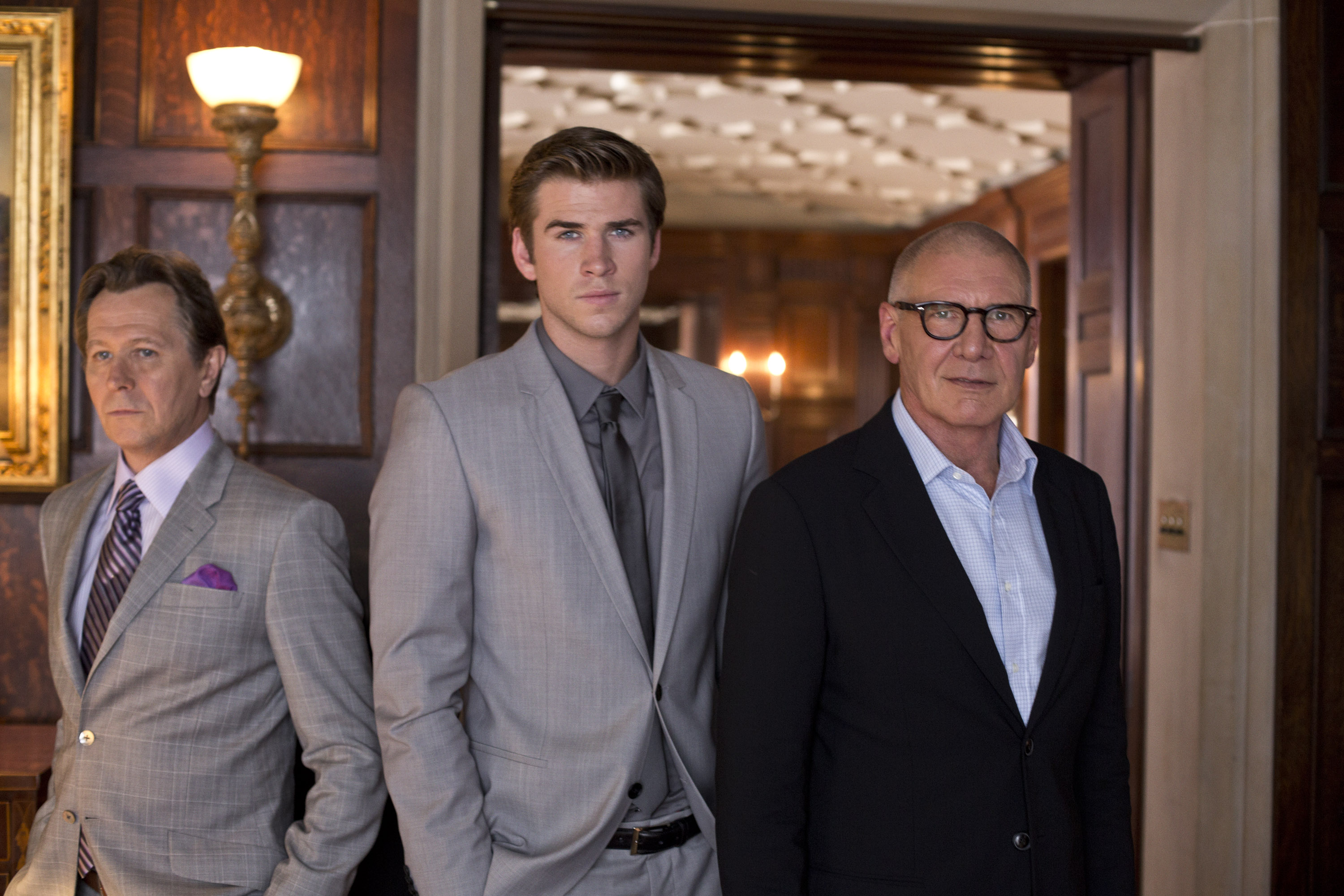