Starz’s “The White Queen” debut allowed viewers to see the beginning of the fight for the English crown. This week, the second episode, “Price for Power,” finds Elizabeth Woodville (Rebecca Ferguson) dealing with more fallout surrounding her marriage to King Edward (Max Irons).

During the episode, Elizabeth goes from the glory of being crowned Queen of England to the harsh reality of royal life once Lord Warwick (James Frain) seeks revenge against her for seducing King Edward.

Check out the episode trailer and clips below, as well as a gallery of stills from the episode. You can watch “The White Queen” Saturday at 9 pm/8 pm central.

“The White Queen” is based on the popular novel by Philippa Gregory and focuses on Elizabeth, a commoner, who ascended the English throne, much to the chagrin of other women who want the same power.

Have you seen “The White Queen”? What do you think about the miniseries? Give your opinions about the show in the comments section below!

Episode 2: Price for Power
Beautiful Elizabeth goes from the glory of being crowned Queen to the ugly reality of life on the throne when Warwick seeks revenge against her for seducing King Edward.

Are We Safe?
Edward and Elizabeth settle into married life. 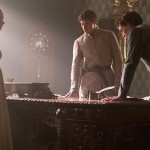 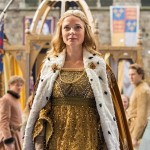 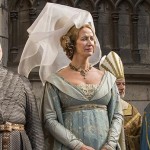 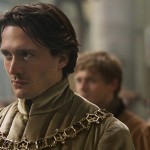 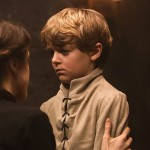