The infamous crime family is back for their 3rd and final season, promising bringing more blood, intrigue and sex.

Those of you who haven’t kept up with the show, you may want to skim to the bottom, because thar be spoilers…

Pope Alexander escapes death yet again when his daughter Lucrezia cures him of his poisoning. Cesare and Micheletto dispatch would be assassins and discover a plot among the Cardinals and as soon as Alexander recovers, he banishes all he deems untrustworthy; although one will not leave so quietly.

Lucrezia’s new husband Alphonso discovers his allegiance with the Borgia family is “questionable” and refuses to consummate their wedding night. Rejected, Lucrezia is driven into the open arms of her brother Cesare.  When King Ferdinand discovers the newlyweds have not consummated, he demands to witness the act to insure the union is valid. Horrified and angered, Lucrezia appoints her witness duties to Cesare. When new Cardinals are appointed, a trap is set to test their loyalty and use to extort loyalty at “The Banquet of Chestnuts,” which involved a night of debauchery with prostitutes dressed as nuns.

King Ferdinand refuses to allow Lucrezia’s infant son Giovanni to reside with them in Naples, at least not as long as the king lives…Lucrezia is advised by Micheletto to bide her time and not to act upon her herbalism skills to speed up her reunion with her child.  In due time, Micheletto puts an end to her yearning with a fortuitous accident.  Cesare travels to Italy with a newly acquired French army and a new bride. Rome is soon called home to by a community of Jews driven from Constantinople by the Turks, whom offer the Spear of Longinus to thwart the Pope’s retaliatory tax plan.

The plague invades Milan. With the king now gone, Lucrezia focuses her attentions on the two brothers Prince Raphael and Frederigo who are to claim the throne before her husband Alphonso. Raphael tells her that her child will never be allowed to reside in Naples once he is king.  Lucrezia suspects Raphael attempted to poison Frederigo, killing his dog Little Sebastian in the process. She approaches Raphael and gives him an ultimatum, relinquish all claims to the crown and the Pope will back the next king. The king requests that a new ambassador to the king be appointed, and names Lucrezia. She is at first honored, but soon finds out it’s just a glorified title of a hostage.  The Shroud of Constantinople is a ruse devised by Caterina Sforza to lure Cesare and Micheletto into a cave to be assasinated, but Micheletto’s quick thinking helps them escape; Micheletto learns his new lover Pascal was hired to spy on him. Sworn to serve the family, with a heavy heart, he deals grim punishment on Pascal.

Lucrezia devises a plan to escape her captor King Ferdinand by orchestrating a Feast of Bacchus celebration with a special ingredient in the wine. When Alphonso witnesses the reunion of his wife and her brother, he begins to suspect there may be something more to their relationship.  He challenges Cesare and is mortally wounded. He begs his wife to release him with the only remedy he knows she is capable of giving him. With Lucrezia a widow once again, Cesare is free to claim his sister for himself.

I am sad to see this show end, while the fans try in vain to convince Showtime to allow it one more season as intended by Neil Jordan.  The last episode closed enough plotlines so the viewers aren’t really left hanging, but there so much story left to tell.  I wish they would make a spin-off show about Micheletto. He is a fantastic, badass character.  Like most historical dramas, it does take liberties for the sake of entertainment; but then the truly positive thing to come of shows like this is that it will give people an incentive to learn more about historical events. 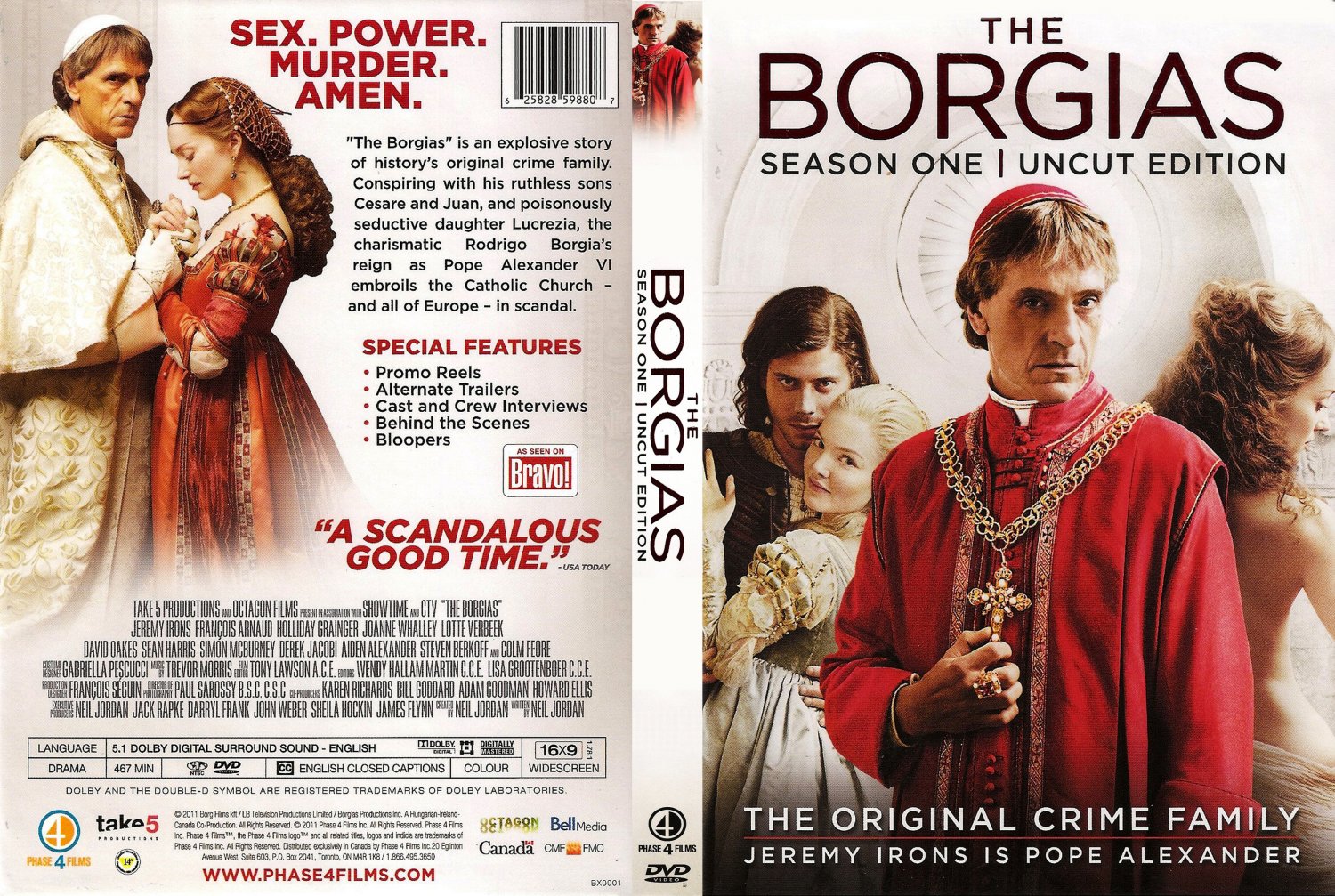