In a World… Movie Review

Title: In a World…

For years, in movies like “Over My Dead Body” and “No Strings Attached,” Lake Bell has played the best friend or colorful third lead, exhibiting a nice instinct for comic timing. With her superb directorial debut, Bell has finally blossomed, creating her own showcase for her true voice.

And what a voice it is, too. Winner of the Waldo Salt Screenwriting Award at this year’s Sundance Film Festival, “In a World…” is a sharply sketched, wonderfully cast ensemble set against the backdrop of the cutthroat movie-trailer voiceover world. (The title is a tip of the hat to the late Don LaFontaine, and the baritone phrase he used to kick off many trailers.) Funny, fresh and populated with engaging and relatable characters that behave in recognizably human ways, it’s a true indie treat — easily one of the year’s best comedies.

Chocolate velour track suit-clad Sam Sotto (Fred Melamed) is nearing the end of a long and successful career as a voiceover artist. That doesn’t mean he’s any less egotistical, however. When he casts his underachieving, emotionally wayward adult daughter, Carol Solomon (Bell), out of his house to make room for his new, 30-year-old fiancée, Jamie (Alexandra Holden), Sam paints it as just another gesture of his largesse (“I’m helping her by not helping her”).

Carol is a part-time vocal coach looking to stamp out the spreading virus of affected “sexy baby” voices in women, but she also needs a place to live. While crashing for a bit with her sister Dani (Michaela Watkins) and brother-in-law Moe (Rob Corddry), Carol books her first voiceover gig with the assistance of an awkward but charming sound engineer, Louis Parker (Demetri Martin). Soon, she has the inside track on her father’s mentee and the industry’s rising star, Gustav Warner (Ken Marino), to do the voiceover for the adaptation of the hot “Amazon Games” franchise, the next big young-adult novel property. Sam, however, may not be ready to go quietly into the night.

“In a World…” does something few films do, let alone few directorial debuts — it takes a completely unique setting and story, and then executes on that winning plot without really ringing a false note. Plot-wise, the film is actually kind of overstuffed, with bisecting love triangles and churned-up family issues and comedic misunderstandings that would play in an old vaudevillian routine. But it all works, because each ingredient is fresh and the casserole is so well tended to.

Bell takes notions of arrested development and breathes them into various characters, but in a manner that makes sense specifically for them. She also doesn’t sandbag or sell short her characters. It’s unsurprising that Carol is well-written, since Bell is playing the lead. But even a supporting character like Jamie is given a great, honest character arc; she’s no mere empty-headed trophy wife, despite appearances. Bell proves equally as at home writing character-based comedy — there’s a sisterly discussion of “just the tip,” awkward posturing by Moe when a neighbor has to use his shower, and plenty moments of quirky workplace recording humor — as she is tossing out “Great Gatsby” and Cranberries references, or one-liners about Life Savers.

Most of all, Bell is abetted by a great cast. Melamed (“A Serious Man”) is fantastic, as is Martin. Bell and Watkins have a wonderful rapport, and there’s even a surprising tenderness and emotional connection to a romantic rekindling Dani and Moe share. “In a World…” may be a bit roughhewn for some tastes, but it’s so alive, identifiably clumsy and deliciously complicated — so of the real world — as to put a smile on viewers’ faces. 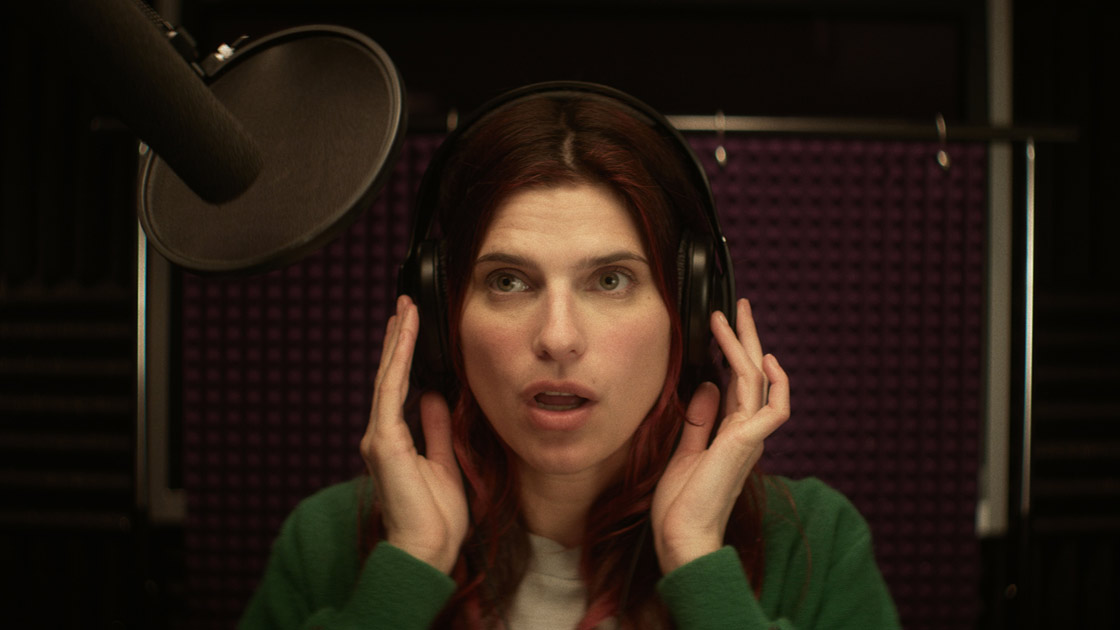