Title: The United States of Autism

A unique road trip documentary that attempts to throw a spotlight on the broad range of autistic spectrum disorder, “The United States of Autism” finds director Richard Everts traveling across the country for 40 days, visiting 20 families affected by the aforementioned condition. Everts’ film came into being as part of the Pepsi Refresh Project, which after two months of online voting awarded a $50,000 production grant. He also has a personal connection to autism, though — through his own childhood issues and, most immediately, his son now being impacted by the disorder. It’s that latter fact that most colors this tender, earnest offering.

Those looking for a more detailed and specific examination of autism — either in its root causes or from the point-of-view of research advocacy — will be somewhat disappointed by Everts’ film. After some rather hokey animation opens the movie, a title card makes clear that the opinions expressed by interviewees (specifically in regards to mercury-based vaccines potentially being a culprit) are their own. Still, while this is understandable, one wishes that “The United States of Autism” provided at least a bit of a research primer into this hot-button debate.

There are other omissions that loom large or feel strange, too. During a swing through Washington, D.C., Everts makes mention of an interview cancellation by a group of members of Congress (Representative Dan Burton pops in as a last-minute replacement, having a personal connection to the issue through his grandson). Given the fleeting, quick-hit nature of the movie’s editing, though, it’s hard to figure out how a political pow-wow would have jibed with the rest of the material. There’s also a heartfelt reconnection with his biological father that Everts renders… in voiceover summary.

If these moments feel like missed chances, what Everts’ nonfiction tapestry has going for it, simply, is the power of multitudes — the voices of its varied subjects. Their stories are touching. An Oregon immigrant talks about working six days a week at a restaurant, abandoning his own dreams, to better care for his family. A mother talks about being a better person because of having three autistic sons who have taught her what it means to really struggle. Another parent movingly describes the hyper-vigilance that comes with having an autistic child: “There are no green lights,” she says, “only yellow and red.”

And then there’s the fact — the movie’s whole point, really, as encapsulated in the double meaning of its title — that autism ranges from mild to severe, and that treatments and therapy that works with some children have no affect on others. (One family with multiple autistic children has even seen one of their children virtually cured, while another young boy, nearly the same age, remains deeply withdrawn.) In showcasing the many faces of its affliction — and, indeed, how some take offense at the peddled notion of a “cure” — “The United States of Autism” is a movie that broadens horizons in an invaluable way, letting viewers bear witness to some amazing stories.

NOTE: For more information on the movie, visit www.USofAutism.com. 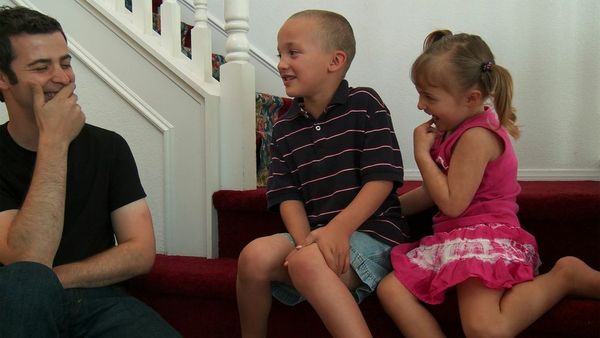