A spare, streamlined, desert-set psychological thriller that doubles as a study in masculine relationship drift, “Scenic Route,” scripted by Kyle Killen (“The Beaver”) and directed by brothers Kevin and Michael Goetz, is a reminder that smart writing and solid execution can lend wings to any concept that on the surface seems trite and familiar.

The film opens with a jolt that tells viewers, yes, there will be blood. What will the cause and exact nature of that bloodletting be, however? Longtime friends who’ve drifted apart, Mitchell (Josh Duhamel) and Carter (Dan Fogler) are on a road trip through the dusty American southwest when their truck breaks down. Carter is a scruffy, failing writer who lives on the societal fringe. Mitchell is family man, albeit one with a presently busted-up knee, who in the wake of a painful break-up put a ring on the finger of his hectoring rebound relationship and promptly abandoned his dream of music; Carter resents him for seemingly both of those decisions. Needling and questioning ensues while the pair wait for help. Rather quickly, Carter confesses that he actually staged the breakdown to try to actually manufacture some conversation time with his old pal. Needless to say, this revelation doesn’t please Mitchell.

“Scenic Route” is shot through with the same sort of wounded, howling masculinity that director Mark Pellington’s “I Melt With You,” starring Rob Lowe, Thomas Jane, Jeremy Piven and Christian McKay, was aiming at. One big difference, though, is that “Scenic Route” lacks any of that fratty film’s druggy, bleary-eyed excess and sexual acting out — polarizing elements that effectively threw a blanket over more substantive or sincere discussions of its thematic explorations. It’s a movie which probes mid-life dissatisfaction in frank and sometimes uncomfortable ways, as when Mitchell confesses a marital infidelity to his friend, and despairs over the condition of his wife’s post-pregnancy body.

Cinematographer Sean O’Dea, shooting on a RED Epic Camera, gives the unforgiving, location-shoot Death Valley landscapes a proper sense of awe-inspiring scope. There are a couple continuity hiccups here and there; Mitchell’s knee issue seems to come and go when convenient, and Duhamel’s teeth remain a bit too white even after the rest of his face is covered in dirt and blood late in the movie. For the most part, however, the Goetz brothers frame and deliver “Scenic Route” as an artful genre offering.

It’s Killen’s script, however, that elevates things, and gives Duhamel and Fogler a nice range of material with which to play. Killen exhibits keen instincts for the sort of pinpoint emotional attacks that really get under a friend’s skin, and he has a smart sense of where and how to escalate arguments and even physical attacks and yet then pull back, which gives “Scenic Route” an intriguing, yo-yo-like sensibility. After much time and respective individual soul-searching in the desert, “Scenic Route” resolves its main situation, but not without a pleasant twist and some corresponding ambiguity. In going to such extremes, Killen again proves he can juggle disparate tones and deliver movies lined with a certain bruised grace.

NOTE: “Scenic Route” opens this week in Los Angeles at the Chinese 6 Theatres. In addition to its theatrical release in top regional markets, the film is also available on VOD platforms. 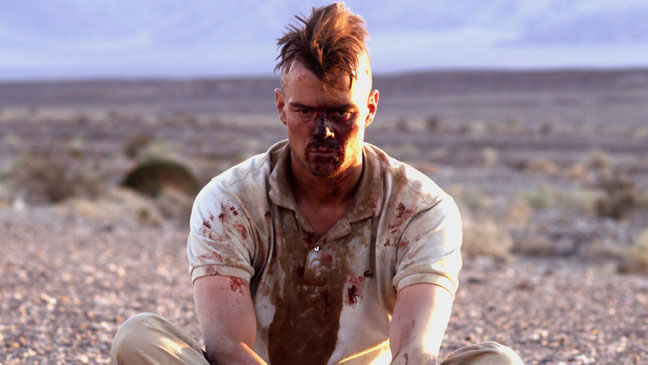