Burning Man, an annual week-long event held in the Black Rock Desert of northern Nevada, would seem to be a great subject for a documentary. After all, the festival — which was originally envisioned as a utopian getaway and rebuke to the constrictive nature of modern life’s duties and norms — now draws in more than 50,000 participants, nominally known as “Burners,” each year. It’s become a pop culture touchstone in and of itself, in the process spawning more than 50 regional festivals around the globe — all based on the same 10 operating principles, which include radical inclusion, participation, decommodification and self-reliance.

“Spark: A Burning Man Story” wants to be that definitive nonfiction offering, trying to impart the event’s origin story and history. Co-directed by Steve Brown and Jessie Deeter, the film paints in vivid colors, undeniably, but comes up short in delivering a coherent vision statement.

First, what “Spark” gets right: it captures the amazing can-do spirit and energy of almost all of its participants, from its San Francisco-based planners (yep, sorting out the infrastructure is a year-round thing) to its artistic-minded attendees. Spotlighting everything from drag costumes and huge projects (a five-building, #Occupy-style wooden mock-up of Wall Street excess overseen by an ex-Marine who goes by the name Otto von Danger) to the burning of a 35-foot tall titular sculpture that closes each festival, “Spark” lights up the imagination.

Other parts of the film are wildly interesting, too, because they dig into the organizational minutiae of trying to tame and shape this developing beast. Interviewees honor Brown and Deeter’s effort by engaging in some honest, substantive, philosophically rooted arguments regarding the festival’s botched 2012 ticket lottery system following a sellout the previous year, as well as larger issues like condoning “curated” or packaged tour experiences seemingly at odds with its participatory ethos and roots.

Still, as beautiful as a lot of the captured spectacle is, “Spark” could also benefit from cleaner through lines, and certainly a more rigid and structured chronological telling of the festival’s development. All of the co-founders are interviewed, but Brown and Deeter assemble to movie in a jumbled fashion. And while there are vague hints of a particularly chaotic and dangerous 1996 festival, the film doesn’t root down into the specifics in a gratifying enough manner. “Spark” seems torn between behind-the-scenes perspective and a more experiential document — something 2009’s “Dust & Illusions” delved deeper into, chronicling the event from attendees’ perspectives. As such, it loses steam and its hold. There’s a “Spark” here, but Brown and Deeter’s film doesn’t truly catch fire for the layperson.

NOTE: For more information on the film, which is available across VOD platforms in addition to its theatrical engagements, visit www.SparkPictures.com. Or check out the film’s trailer here: http://www.youtube.com/watch?v=JbSUyYXH8hs. For information on the festival itself, meanwhile, visit www.BurningMan.com. 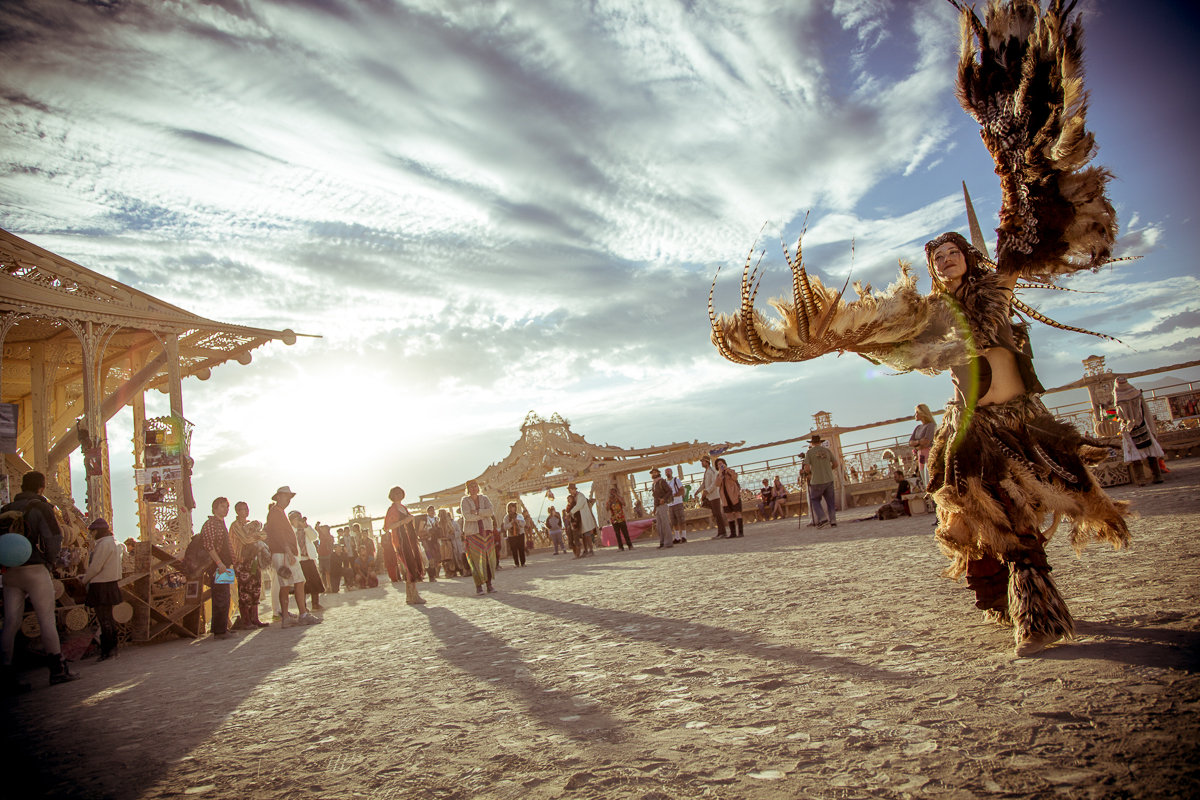