Atiq Rahimi’s “The Patience Stone” is a unique, intimately scaled and enormously affecting dissection of patriarchal culture. The French-Afghan filmmaker’s drama, which debuted at last year’s Toronto Film Festival and was Afghanistan’s Best Foreign Language Academy Award submission, serves as a wonderful showcase for star Golshifteh Farahani, and if there’s any justice will deliver even more success her way.

The film’s story is extraordinarily plain, yet still gripping. In contemporary, war-torn Afghanistan, a young wife (Farahani) and mother of two children, after around a decade of marriage, tends to her wounded husband (Hamid Djavadan), who has been rendered comatose for already several weeks by a bullet to the neck. Abandoned by his family and facing mortal uncertainty with the encroachment of resistance fighters, this unnamed woman knows not what to do. Frustrated and largely alone, she begins to pour out her heart. (The film’s title refers to a Persian myth of a rock that absorbs the pain of those who confide their plights to it.)

The very act of confessing these harsh, long-held truths to her husband — of her lack of sexual pleasure in their marriage, of her utter disconnection from him given his lack of even basic kindness — delivers her from a burden, transforming her on an almost religious level. She becomes emboldened, and more authentically herself. Unfortunately, she still has to figure out what to eventually do with her husband.

Thierry Arbogast’s stirring cinematography abets a spare yet captivating production design, by Erwin Prib. Even though a good portion of “The Patience Stone” unfolds in a single, dingy room, there’s such an emotional forthrightness to the material that it never seems a problem. Flashbacks and various frightened excursions also open up the movie’s visual palette, which never compromising its correlative sense of psychological suffocation.

Rahimi, adapting his own award-winning novel with Jean-Claude Carrière, offers up a script that is sometimes a bit schematic; backstory is filled in with some clunky dialogue, and the film also has to necessarily state certain offscreen action. But Rahimi also provides eloquent and economical glimpses into the pathology of women raised and abused in this social system, offering up flashbacks of the main couple’s marriage (a dagger stood in for the groom at the ceremony, since he was off on jihad) and other heartbreaking moments.

Farahani (“Body of Lies,” “Just Like a Woman”) has an engaging presence — conveying both woundedness and the blooming of an intelligence suppressed too long. “The Patience Stone,” meanwhile, is an arthouse treat — a thought-provoking meditation on the underlying utilitarian nature of even some of the most fractured relationships. 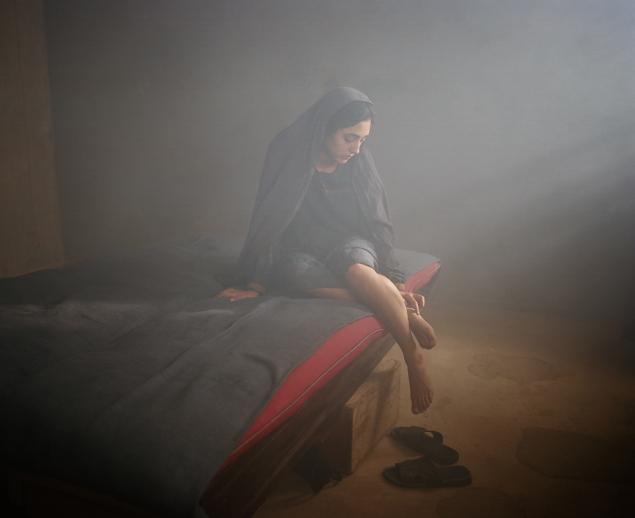