A true crime period piece that interestingly eschews a lot of investigatory grind in favor of moral certitude and throwback, cat-and-mouse tension, “The Frozen Ground” stars John Cusack as Alaskan serial killer Robert Hansen and Nicholas Cage as the state trooper who doggedly brings him to justice. Winding its way to justice in thorny fashion, this black-and-white genre tale doesn’t reinvent the wheel but, courtesy of some intriguing casting and its unique setting, it more than adequately checks off base-level boxes of entertainment.

Getting a bit of a theatrical release in advance of its home video bow, “The Frozen Ground” unfolds in 1980s Alaska, where the aforementioned Hansen would eventually confess to 17 murders and more than a dozen other kidnappings and rape. The film opens with a 17-year-old runaway and prostitute, Cindy Paulson (Vanessa Hudgens), escaping from her captor, and trying to tell the local police in Anchorage about her ordeal. They don’t much believe her, but when a string of unsolved homicides lands on the desk of Sergeant Jack Halcombe (Cage), he immediately puts the dots together, hones in on Hansen as a suspect, and undertakes a massive effort to first locate Cindy and then bring her in as a cooperating witness.

Like “Zodiac,” part of what makes “The Frozen Ground” interesting, or at least different from a lot of its cops-and-killer brethren, is the fact that it unfolds absent the advances in criminal forensics and other technology that we see even on the small screen now every week. Walker’s film is nowhere near as dense and intricately crafted as David Fincher’s opus, of course, but it does track emotionally along somewhat the same lines, summoning forth moments of flabbergasted viewer frustration over some detail ignored, piece of key evidence unexamined or alibi unchecked.

In Cage and Cusack, Walker has a pair of invested leads who deliver grounded and in some instances subtle work; they’re the movie’s pillars. Other actors fare a bit less well. Hudgens, on the heels of “Sucker Punch” and “Spring Breakers,” continues to noisily throw off the make-believe shackles of Disney-dom, and seemingly work through some sort of off-screen personal issues; as Cindy, she has a lot of the outwardly manifested traits and behaviors of trauma down pat, but struggles with a skating alley monologue which is meant to color her character’s tragic backstory. She opts to bring the emotion to the fore, but offhanded and flippant would be the more heartrendingly believable choice, as a self-destructive coping mechanism on Cindy’s part. (Meanwhile, Curtis “50 Cent” Jackson also pops up rather inexplicably, seemingly as part of some film financing casting concession, playing one of the world’s least effective pimps.)

Air-quote intense camerawork, from Walker and cinematographer Patrick Murguia, often substitute for deeper characterizations. And while the story necessarily condenses an insurance fraud strand that helps reel in Hansen, along with other choice tidbits, Walker, as a screenwriter, sometimes struggles with dialogue and other details. (Radha Mitchell plays a shell of a character, obliging Halcombe a home life that would have been best excised, along with a terrifyingly awkward throwaway line about his “last two weeks” on the job.)

What works about “The Frozen Ground” stems from the relative uniqueness of its setting. The location shoot takes advantage of the dull greys of winter skies, and everything about the production design feels appropriately second-hand or just slightly out-of-fashion — new two autumns ago. There isn’t much mystery here — we know who did it, and this isn’t the movie for sympathetic psychological examination — but when Hansen goes to the ground, hops in his commuter plane and starts trying to squirrel away evidence, damn if “The Frozen Ground” doesn’t un-thaw a pessimist’s heart and catch them up in this tale.

NOTE: In addition to its theatrical engagements, “The Frozen Ground” also premieres this Friday, August 23, on VOD platforms. 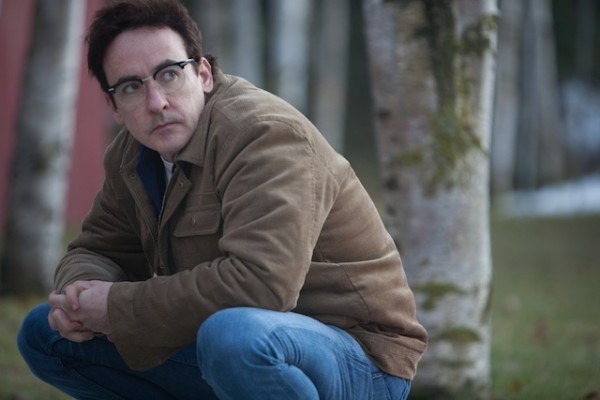