Title: Smash & Grab: The Story of the Pink Panthers

A delightful documentary that dances along the edge between intellectual think-piece and ring-a-ding, “Ocean’s”-style criminal lifestyle celebration, director Havana Marking’s “Smash & Grab: The Story of the Pink Panthers” is remarkable in how it sketches, connects and contextualizes the work and mounting success of an international criminal syndicate, humanizing its players without absolving them from blame.

A shadowy and inventive group of jewel thieves who started snatching massive amounts of diamonds from European jewelry stores early in the new millennium, and then moved onto Asia and even Dubai, this mysterious collective has been dubbed the Pink Panthers — and not because they install Corning Fiberglass. Some of their antics — which include crashing into a shopping mall with a high-end sports car — recall movies like “The Italian Job” or Steven Soderbergh’s hugely profitable “Ocean’s” series, with George Clooney, Brad Pitt and Matt Damon. In a decade-plus, they’ve committed an estimated 180 robberies, maybe more, with estimated “earnings” of close to $300 million.

“Smash & Grab” takes a tripartite approach — looking at some of the Pink Panthers themselves, the men trying to catch them, and the conditions that fostered their creation, the latter as seen through the eyes of a couple journalists who have tracked their story. One of the most interesting things about the Panthers is their compartmentalized, quasi-vertical power structure (a page borrowed from Al Qaeda, perhaps?), which lets thieves rise through the ranks to take part in bigger and more complicated jobs but also helps protect anonymity since there is no clear boss.

Marking’s film, then, fascinatingly connects the group’s formation to a basic lack of economic opportunity — in this case rising from the ashes of the failed Yugoslavian state, following the death of Josip Broz Tito in 1980 and the country’s bloody sectarian and ethnic clashes a decade later. In a jaw-dropping passage, Marking secures an interview with a former high-level government intelligence operative who admits that they helped forge passports for known criminals, embracing a policy whereby they could leave to commit robberies across Europe but return and be afforded some measure of safe harbor in their native land.

The interviews with Panthers themselves — rendered in stylish animation, to protect their anonymity — are just as engaging. Women are afforded an equal and important place at the table, since their ability to scout locations with less suspicion is crucial to the group’s modus operandi, summed up in the film’s title. The details of some of their plots are gripping, giving “Smash & Grab” the energy of a proper crime thriller, but there’s also a vulnerability and sadness to some of their confessional musings.

Of course, crime doesn’t pay forever — as a failure to burn some crucial evidence as part of a Dubai getaway proves. Still, even with some members of this syndicate arrested over the course of the past year, there are many other Pink Panthers out there. Their run may not be over, cautions one journalist. Either way, the slick, cleverly constructed “Smash & Grab” tells their backstory in a way that honors the intricacies and infallibility of human nature.

NOTE: The film opens this week in Los Angeles at the Laemmle Music Hall. For more information on it, visit its website at www.MusicBoxFilms.com/smash—grab-movies-84.php. 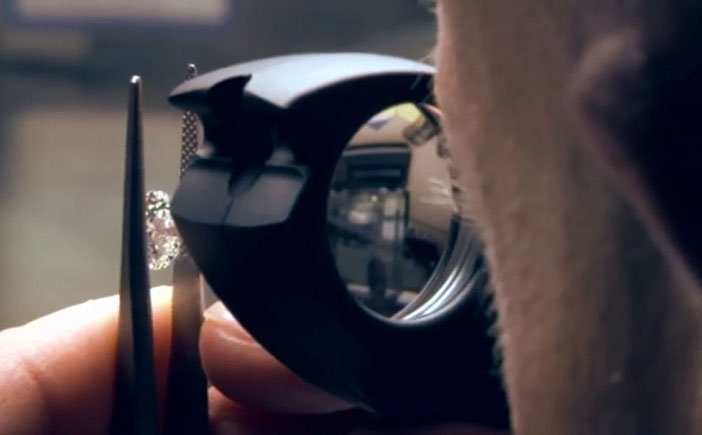