Counting down to tonight’s MTV Video Music Awards and the “Divergent” footage reveal? We’ve got a list of the top movie news stories of the week to help you pass the time.

Of course the big-ticket item is that Ben Affleck has officially been cast as Batman in the upcoming Batman/Superman film, but there’s also a number of other superhero-related casting deals in the works. Apparently Bradley Cooper is in talks for the gig to voice Rocket Raccoon in “Guardians of the Galaxy” and Elizabeth Olsen might lock the role of Scarlet Witch in “Avengers: Age of Ultron.”

We’ve got the details on those stories, the weekend box office woes, a “Hunger Games: Mockingjay” casting update and loads more right here in your weekly Movie News Cheat Sheet.

1. Ben Affleck is Batman: Earlier this month it was all about Josh Brolin, Ryan Gosling, Joe Manganiello, Richard Armitage, Max Martini and Matthew Goode for Batman, but Warner Bros. surprised us all by revealing that Ben Affleck will assume the role of the Dark Knight. According to THR, Affleck will join Henry Cavill in the untitled Batman/Superman film. Director Zack Snyder noted, “Ben provides an interesting counterbalance to Henry’s Superman. He has the acting chops to create a layered portrayal of a man who is older and wiser than Clark Kent and bears the scars of a seasoned crime fighter, but retain the charm that the world sees in billionaire Bruce Wayne.” David S. Goyer is currently working on the script with production expected to begin in 2014, putting the film on track for its July 17, 2015 release.

2. Natalie Dormer Takes “The Hunger Games: Mockingjay” Role: We’re still months away from the release of “The Hunger Games: Catching Fire,” but with “Mockingjay – Part 1” and “Mockingjay – Part 2” due in theaters November 21, 2014 and November 20, 2015 respectively, Lionsgate and director Francis Lawrence are starting to assemble the cast for the next installment and their first recruit is “Game of Thrones” star, Natalie Dormer. She’s officially locked to star as Cressida, a director who joins the rebellion with her camera team, Castor and Pollux, and her assistant, Messalla, in order to create propos to maintain the uprising morale. (via Lionsgate)

3. Bradley Cooper for Rocket Raccoon?: Now that Vin Diesel finally came clean about voicing Groot in “Guardians of the Galaxy,” it’s on to Rocket Raccoon. As reported by THR, Bradley Cooper is currently in early talks to lend his voice to the anthropomorphic raccoon with a thing for guns and explosives. Director James Gunn is currently on the film’s London set with live-action cast members Chris Pratt, Zoe Saldana, and Dave Bautista pushing the project closer to its August 1, 2014 debut.

4. Elizabeth Olsen May Plat Scarlet Witch in “Avengers: Age of Ultron:” We’re still in rumor territory regarding Aaron Taylor-Johnson’s casting as Quicksilver in “Avengers: Age of Ultron,” but we have something a bit more concrete about his sister, Scarlet Witch. According to THR, Elizabeth Olsen is officially in talks to take the role. Whereas Quicksilver will appear in both “Age of Ultron” and “X-Men: Days of Future Past,” as portrayed by Evan Peters, we’re only getting one Scarlet Witch. In the source material, they’re Magneto’s children, but because of certain rights, Magneto is only permitted to appear in Fox’s “X-Men” films. It’ll be interesting to see how each production presents the characters and their lineage, but as far as performance quality goes, Olsen is a likely winner.

5. “Act of Valor 2” to Put the Focus on Swat Officers: After “Act of Valor” scored $24.5 million opening weekend and went on to take a total of $70 million at the domestic box office on a mere $12 million budget, it’s no wonder Relativity is moving forward with a sequel. According to Deadline, Scott Wiper is on board to write and direct round two, which will focus on SWAT officers this time around, rather than Navy SEALS. No word on whether or not the filmmakers will stick with the model of casting active-duty US Navy SEALs and recruit working SWAT officers to headline the movie.

6. “Fifty Shades of Grey” Casting Rumor Round Up: There’s just so long the rumor mill can churn for a particular production before you get bored. But perhaps the fact that a number of stories regarding the “Fifty Shades of Grey” adaptation have cropped up in the past week means the bubble is about to burst and we’ve got legitimate casting details coming our way. But for now, all we’ve got is more unconfirmed talk. First came word that Dakota Johnson was up for the role of Anastasia Steele via The Wrap, then Variety claimed that Alicia Vikander, Imogen Poots, and Shailene Woodley are in the mix as well. As for our male eye candy, Twitch Film is reporting that Charlie Hunnam is the top choice for Christian Grey. Universal and Focus Features are not commenting on the casting craze, but Variety notes that their sources at the studios told them that no offers have been made. Production is expected to being at the end of October so the film is ready for its August 1, 2014 release, so official casting announcements could come soon, but likely not before Labor Day.

7. Martin Starr Signs Up for “Dead Snow” Sequel: If you haven’t caught Tommy Wirkola’s 2009 release, “Dead Snow,” you’re missing out and soon you’ll be really behind as well because the “Dead Snow” sequel, “Dead Snow: Red Vs. Dead” is already in the casting phase. According to Variety, Wirkola, who also helmed “Hansel & Gretel: Witch Hunters,” just locked Martin Starr, Ingrid Haas, and Jocelyn Deboer to lead the next installment. The sequel will involve the first film’s sole survivor who then goes on to fight an even larger horde of zombies with the help of a professional gang of zombie killers known as The Zombie Squad.

8. Bad Robot’s Mystery Project: This may wind up not being movie news, but until Bad Robot reveals whether “Stranger” is a film, TV show or web-based project, it’s fair game. The mystery video popped up on Entertainment Weekly earlier this week with nothing more than a short blurring dubbing it “a teaser for a new project from Bad Robot.” Beyond the fact that this is yet another tantalizing top-secret effort from J.J. Abrams and co., the video is also just remarkably moving and visceral, earning your curiosity.

9. Trailers: “Pompeii,” “The Book Thief,” “Parkland:” The large majority of the first teaser trailer for Paul W.S. Anderson’s “Pompeii” consists of a rather dull and unsuccessful reveal of the film’s subject matter, but once it launches into some action, it suggests it could be a highly entertaining, action-packed representation of the eruption of Mount Vesuvius. The new trailer for “The Book Thief” finds itself on middle ground as well. There’s certainly hints of a great film in there, but overall, the piece isn’t even half as moving as it should be – and perhaps that has a lot to do with the random and unnecessary use of voiceover a little more than halfway through that absolutely demolishes its momentum. However, we do finish on a strong note with the new trailer for Peter Landesman’s “Parkland.” Not only does this one rock an all-star cast that appears to deliver big-time, but this promo is so exceptionally well-edited that it offers the sensation that you’re being transported back in time.

10. Box Office: It’s a sad weekend at the box office with all three newcomers opening with less that $10 million. It was an easy win for “The Butler,” which dropped just 30.9% to reclaim the #1 spot with another $17 million. “We’re the Millers” also had no trouble holding onto #2 thanks to a minimal 24.9% loss and a $13.5 million third weekend out. The #3 spot went to “The Mortal Instruments: City of Bones.” It only took $9.3 million for its opening weekend, so hopefully the film proves to be a bigger earner overseas, otherwise its $60 million budget will mark quite the loss. “The World’s End” is the only new wide release that opened relatively well. It posted a $5,773 per theater average in 1,549 theaters for an $8.9 million first weekend out. “Planes” rounded out the top five having lost just 36% moving from weekend two to three, and its $8.6 million haul proved to be more than enough to keep on top of the weekend’s third new entry, “You’re Next,” which only managed to claimed the #7 spot with $7.1 million. (via Box Office Mojo) 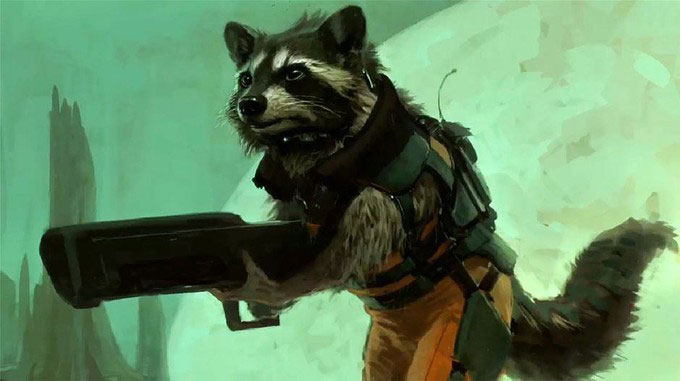