The box office results for the weekend of August 23rd – 25th sees Lee Daniels’ The Butler holding off a weak class of new arrivals (The World’s End, You’re Next, and The Mortal Instruments: City of Bones). Here are the studio estimates:

Both Lee Daniels’ The Butler and We’re the Millers are showing tremendous staying-power as the summer season is about to wrap. The latter will easily eclipse the $100 million mark domestically and ensure profits off its $37 million production budget. The Butler, served up for $30 million, will start to see profits after Labor Day in all likelihood.

The World’s End opened just about on par with what writer/director Edgar Wright’s last pic did (Scott Pilgrim vs. The World) back in 2010. The trio of Wright, co-writer and star Simon Pegg, and co-star Nick Frost usually get a decent assist from the overseas’ market that leads to the splattering of black ink on the balance sheet.

Since opening on Wednesday, The Mortal Instruments: City of Bones is already on life-support. The young-adult fantasy adaptation from the popular novels was conjured up for $60 million and has posted a 5-day gross of just $14 million. So unless the international market is feeling generous, this is a Flopper for Screen Gems.

Despite excellent from reviews from both the lovely critics and audiences, not many are interested in the horror flick You’re Next apparently. Even though the production budget has yet to be revealed, when factoring in the relatively unknown cast and overall set execution, this should be on the thrifty side ($1-$2 million), which gives the respective investors hope this festival darling from 2011 could find some sizable profits.

This week is the last batch of summer trash as Closed Circuit hits on Wednesday while One Direction: This Is Us and Getaway stroll in on Friday. Also expanding is the much talked about The Grandmaster. Reviews will be right here my fellow Shockers! 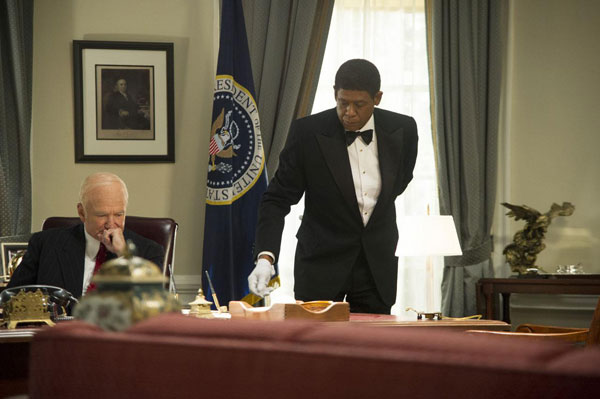