Ready to wrap up the summer season and head back to school or work full force? Probably not, but at least we’ve got a slew of big movie industry news to help make the transition just a little smoother.

Benedict Cumberbatch is only rumored to be the first actor to snag a role in the new “Star Wars” movie, but James Spader is officially locked for “Avengers: Age of Ultron” as are Charlie Hunnam and Dakota Johnson for “Fifty Shades of Grey.” Ridley Scott just loaded up the cast of “Exodus” as well with Aaron Paul currently in negotiations, and John Turturro and Sigourney Weaver having already signed on the dotted line.

It’s time to study up on the details of those stories and many more because what school or workweek isn’t better with a little movie talk?

1. Benedict Cumberbatch for “Star Wars: Episode 7:” There’s been talk of Jonathan Rhys Meyers, Ryan Gosling, Zac Efron and now Alex Pettyfer and Rachel Hur-Wood being up for roles in “Star Wars: Episode VII,” but none have been confirmed. However, now Film Chronicles is reporting that Benedict Cumberbatch is locked for the film. The outlet doesn’t say he’s in talks or even come close to dubbing this a potential rumor, rather boldly titles the report “Benedict Cumberbatch is in Star Wars VII.” Bleeding Cool calls Film Chronicles’ material “well-sourced content rather than speculation or rumours,” so there is a chance this could be the real deal, but of course, that’s only a hunch and nothing regarding this project should be taken as fact until the official word comes from Disney and Lucasfilm.

2. Charlie Hunnam & Dakota Johnson Locked to Lead “Fifty Shades of Grey:” Here’s one rumor mill that can finally stop churning because it’s official; Charlie Hunnam and Dakota Johnson are locked to lead the big screen adaptation of E.L. James’ “Fifty Shades of Grey.” Sam Taylor-Johnson will direct Johnson as Anastasia Steele, a college student who falls for Hunnam’s immensely wealthy 27-year-old, Christian Grey. The film will likely go into production soon as Universal and Focus Features have it locked for an August 1, 2014 release. (via E.L. James)

3. Director Bob Peterson Pulled from “The Good Dinosaur:” “The Good Dinosaur” can’t be that good because, according to the LA Times, Pixar Animation has removed director Bob Peterson from the film. Studio president Ed Catmull stated, “Sometimes you just need a different perspective to get the idea out. Sometimes directors … are so deeply embedded in their ideas it actually takes someone else to finish it up. I would go so far as to argue that a lot of live-action films would be better off with that same process.” Perhaps he has a point, but that’s what advice is for. It seems a bit drastic to entirely remove the leader of a project. However, Pixar has had success doing just that in the past. After a director switch, both “Ratatouille” and “Brave” went on to snag Oscars. We’ll find out if “The Good Dinosaur” has a shot of doing just that when it arrives on May 30, 2014 – assuming it manages to make that planned release date.

4. James Spader is Ultron: We have our Ultron! “Boston Legal” and “The Practice” star, James Spader, is officially locked to play the title villain in “Avengers: Age of Ultron.” According to the source material, Ultron is a robot created by Hank Pym (Ant-Man) that develops its own intelligence, rebels, and becomes an archenemy of the Avengers. The film will go into production in London in early 2014 and move towards a May 1, 2015 debut. (via Marvel)

6. Aaron Paul, John Turturro & Sigourney Weaver Join “Exodus:” As if Ridley Scott and Joel Edgerton’s involvement isn’t enough, now Aaron Paul, John Turturro, and Sigourney Weaver just made “Exodus” an even hotter property. As reported by Variety, the trio will step in front of the lens for Scott when production begins at some point this month. Weaver and Turturro will portray the Pharaoh Ramses’ (Edgerton) parents while Paul is in negotiations to take the role of Joshua, the Hebrew slave who leads the Israelites to the promised land after Moses. Filming is expected to take place in England, Spain, and Morocco.

7. Kurt Russell May Board “Fast & Furious 7:” The “Fast & Furious” franchise may get quite the new recruit. According to Variety, Kurt Russell is in negotiations to board the seventh installment. There’s no official description of the role, but apparently, it’s the same one that was offered to Denzel Washington. Universal has kept quiet on plot details too, but we do know that the film will take franchise favorites including Vin Diesel and Paul Walker back to Los Angeles.

8. Peter Stormare & Matt O’Leary Take “Stung:” This one hasn’t hit high-profile status just yet, but check out the promo teaser for Rat Pack Filmproduktion and XYZ Films’ horror comedy, “Stung.” It’s got the outlandish appeal of “Sharknado,” but the production value to elevate it to a wholly respectable level of filmmaking. On top of that, Screen Daily is now reporting that the project has attracted some solid talent, too. The outlet revealed that Matt O’Leary, Jessica Cook, Peter Stormare and Lance Henriksen are all on board to hit the set with director Benni Diez when filming begins on October 22nd in Berlin.

9. Trailers: “Dallas Buyers Club,” “Child of God,” “We Are What We Are:” It’s impossible to say whether or not Matthew McConaughey is really on his way to his first Academy Award nomination for his work in “Dallas Buyers Club,” but if the film’s exceptional trailer means anything, he’s certainly got a shot. On the other hand, the über enigmatic promo for the James Franco-directed “Child of God” is intriguing, but nowhere near convincing enough to suggest he turned the Cormac McCarthy novel into a strong film. The first trailer for Jim Mickle’s “We Are What We Are” finds itself on middle ground, too. The visuals are stunning and the concept seems to have an extraordinary amount of depth, but as presented in this promo, it’s lacking a clear hook, leaving you without that must-see feel.

10. Box Office: It was not a particularly happy holiday for any of the box office newcomers. “The Butler” enjoyed yet another weekend in the top spot, getting a 21.1% boost courtesy of the extra day and taking another $20 million to the bank. “One Direction: This is Us” proved to be a mild success as far as concert movies go. It kicked off its run with a $6,581 per theater average and $18 million four-day total. As expected, “We’re the Millers” benefited from the lack of comedy competition yet again, increasing its earnings by 22.1%, taking in another $15.9 million, and bringing its domestic total to an impressive $112.9 million. “Planes” managed to increase its profits too by following up its $8.6 million third weekend out with $10.7 million for Labor Day weekend. Rounding out the top five is a little surprise called “Instructions Not Included.” It’s a Lionsgate foreign film that came out of nowhere to score a $28,818 per theater average in 347 locations and take $10 million in total. (via Box Office Mojo) 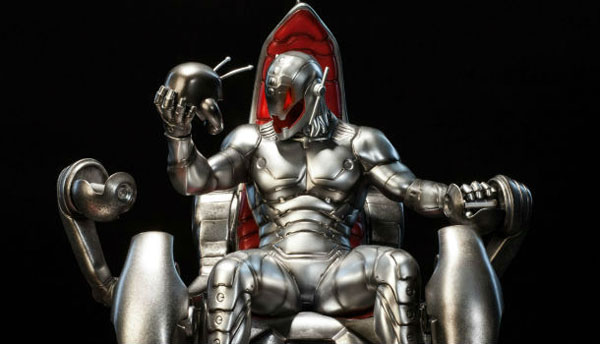