Artist Of The Week: Pickwick

Pop music has become all too commonplace these days. Yes, I do occasionally enjoy belting out to Katy Perry’s “Roar” or Miley Cyrus’s “Wrecking Ball” or Lady Gaga’s “Applause”, but as the seasons change, my playlists must follow suit. Shockya readers, it’s time to say so long to the carefree summer days and usher in the distressed fall days with more thought provoking and less auto-tuned music. Note that this pop music “jab” is mostly directed at the now infamous Cyrus, who was far from serious with her performance of “We Can’t Stop” at this year’s MTV Video Music Awards. So, let’s ditch the “twerk” and welcome the tunes from the Seattle rock band, Pickwick.

Comprised of Galen Disston (vocals), Garrett Parker (bass), Michael Parker (guitar), Kory Kruckenberg (vibraphone), Cassady Lillstrom (keyboard) and Alex Westcoast (Drums), Pickwick tackle the rock genre with immense flexibility on their debut full-length, “Can’t Talk Medicine”, which dropped on March 12th via Small Press. The outfit’s elasticity with their sound allows them to dabble in garage rock, indie rock, alternative, folk and at times, soul and R & B. With an indisputable amount of diversity, “Can’t Talk Medicine” is easily becoming one of my favorite debuts of 2013, leaving me positively dumbfounded with one click through.

One of the catchiest songs off the album is its single, “Hacienda Motel”, which juxtaposes an upbeat melodic arrangement with darker and far from cheery lyrics. Disston sings, “That whore she left you bloody, on the hotel lobby floor. Even though she took your money, oh you know she needed more.” Oddly enough, the single still manages to uphold an overall breezy vibe on the album. While each of the 13 tracks off the debut irrefutably deserves a careful listen, the standouts include, “Lady Luck”, Brother Roland”, “Halls Of Columbia” and “Well, Well”.

These fellows are destined for a Jack White collaboration on Third Man Records. I tend to shy away from band comparisons since I pride myself on selecting original talents for “Artist Of The Week”, but if you are a fan of all bands involving Jack White, The Black Keys, Vintage Trouble, The Alabama Shakes and Houndmouth, then Pickwick will be a shoe in for you.

It’s about time someone saved rock from the falsely lethal ways of pop. Rock is back and better than ever with Pickwick. 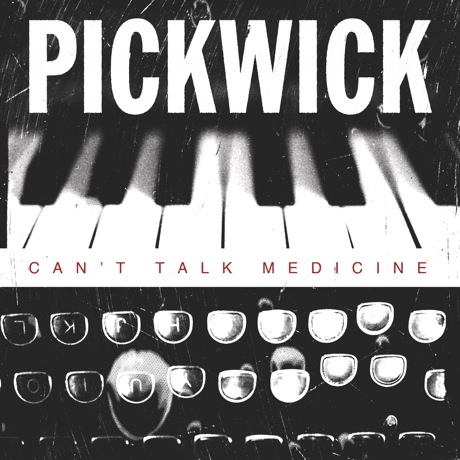