I don’t know if “Foxcatcher” was planned to cash in on the Olympics fever that will be growing throughout the nation as we head into the winter months. But with its release in December and its plot material, it seems like it’ll be something that could tide Winter Olympics fans over until February (even if the plot focuses on a Summer Olympics sport).

“Foxcatcher” is tense psychological drama that is directed by Bennett Miller (“Moneyball”) and stars Steve Carell, Channing Tatum, Mark Ruffalo, Vanessa Redgrave and Sienna Miler. The film’s script was written by E. Max Frye and Dan Futterman. The film, based on a true story, focuses on a wrestler who agrees to be trained by a multi-millionaire in order to achieve greatness in the 1988 Seoul Olympics, but things take a turn for the worst.

“FOXCATCHER tells the story of Olympic Gold Medal-winning wrestler Mark Schultz (Tatum), who sees a way out from the shadow of his more celebrated wrestling brother Dave (Ruffalo) and a life of poverty when he is summoned by eccentric multi-millionaire John du Pont (Carell) to move onto his estate and train for the 1988 Seoul Olympics. Desperate to gain the respect of his disapproving mother, du Pont begins “coaching” a world-class athletic team and, in the process, lures Mark into dangerous habits, breaks his confidence and drives him into a self-destructive spiral. Based on actual events, FOXCATCHER is a gripping and profoundly American story of fragile men who pinned their hopes for love and redemption on a desperate obsession for greatness that was to end in tragedy.”

There are some new stills for the film which might give your a better sense of what you’re in store for. Take a look at the stills below and write what you think about them in the comments section below! “Foxcatcher” will be in theaters Dec. 20. 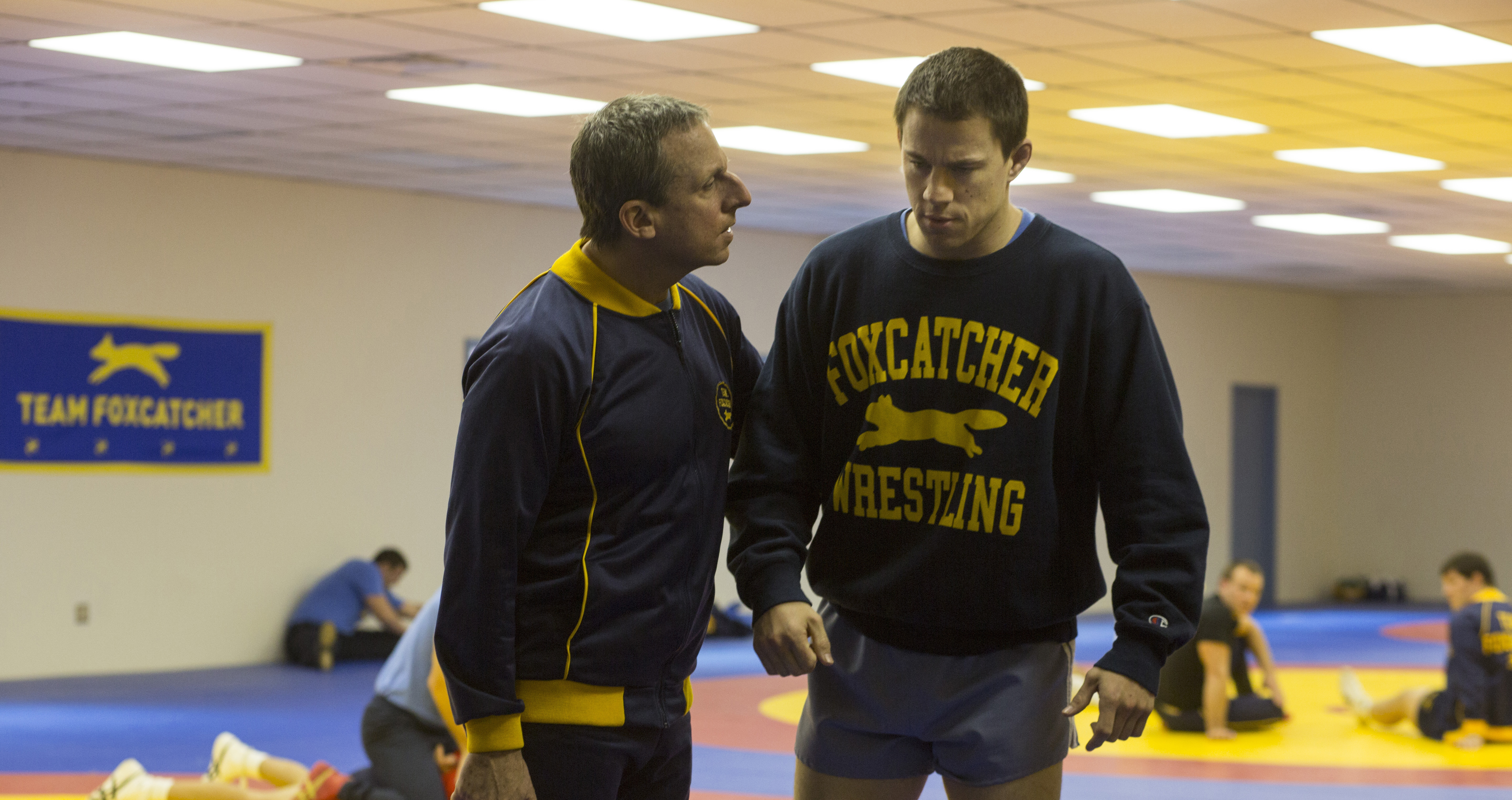