Director Gianni Amelio introduces the new profession of “replacement,” through the character of Antonio Pane: who does nothing but take the place of someone who has absented himself from his official job. Antonio is content with little, contrarily to his son, a saxophone player who suffers from stage fright and his young friend Lucia who is affected by mal de vivre. Antonio shows that no matter how hard times can affect our lives, it’s important to always look for the silver lining.

Your character does all it takes to survive, do you think that new generations aren’t ready to do the same?

Absolutely, because the new generations do not have the kind of baggage. Antonio Pane comes from a very humble background, he comes from a blue collar family, while the two youngsters come from a privileged background.

Do you think that the new generations are as fragile as portrayed in the film?

Good question. Actually this is the case, because the new generation has energy and potential. But they are the children of damage and we are to blame. These youngsters have goals but they have nobody helping them to achieve their objectives, it is our failure. We have to learn to take responsibility for this. For instance my daughter is starting university today, studying law, and in five years time I hope she’ll manage to pursue her target.

Antonio Pane reacts to problems in a very optimistic way, how are you in real life?

Very different. I get extremely nervous in comparison to Antonio Pane. I’d love to be like him and have that kind of determination. Being from Sicily and from Lombardy, I’m a strange mixture of Norman and Arab, I have a strange combustion in me.

Do you think you could be happy also doing a different job?

I love being an actor so much. I have other passions but they’re hobbies. Like my character, I come from a  blue collar background and was a worker myself for seven years. I like the smell  of wood. I’d enjoy being the manager of a bar, because it’s a bit like a small theatre. Or I’d like to be the guardian of the rivers because I like to fish. But I love my job, nevertheless I’m not scared of committing to more manual  works.

How did you and director Gianni Amelio work on your character?

I instantly shared Gianni’s vision: we both acknowledged each other’s work. We already had the character ready and standing. Some people saw some traits of Italo Calvino’s Marcovaldo, but we didn’t have that in mind while building the character, since we’re talking about specific times and places in 2013.

Did Charlie Chaplin inspire your performance of Antonio Pane?

Honestly it didn’t. Actually I wasn’t inspired by anyone. Perhaps if there’s something that influenced me somehow, it was Aki Kaurismäki’s film-making: I tried to portray that kind of stillness, immobility of the character, that gentleness.

Your performance is brilliant, did anyone tell you that you could win the Coppa Volpi, for Best Actor?

Somebody once said that I looked Turkish, so people say things. Many things. I find it’s a little ridiculous to have a competition in art. I’ve been at this festival five times, and I’m extremely happy to be here. Also because I have the opportunity to meet the press and all those people who love cinema like myself. Once, when I was a child, I took part in a fishing competition and I won a golden cup because I caught 102 fish, the second prize went to someone who caught only 99, so indeed it was fair for me to be the winner. But this is certainly not the case in art. There again this is the other side of this business that requires these events to promote movies.

Do you feel you’ve played a prophetic role, and we should all follow Antonio Pane’s example in life?

There’s a multitude of people like him, as a matter of fact there are agencies that are legal and organise fill-in jobs. We wanted to outline this, what I like to call a gentle revolution. Perhaps this can trigger some reactions in people, to find solutions that we are not aware of right now.

How was it to work with Woody Allen in the film ‘To Rome With Love’? You share the same sense of humour…

That’s a huge compliment. We just had four or five days together. And I grew so much, just being in contact with his witty intelligence. I love his sense of humour. I would have done anything to act for him, even dress the salad or put sauce on the pasta. 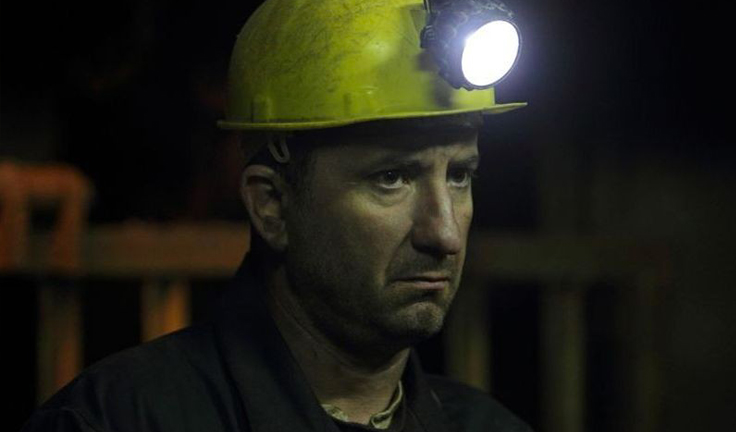