Whether it’s from his work on “Human Giant” and “Children’s Hospital,” guest-starring roles on small screen sitcoms like “The Office,” or bit roles in movies like “Little Fockers,” “The Descendants” and “The Other Guys,” you’ve seen Rob Huebel. You may not yet associate him with one breakout role (unless it’s as an annoying cell phone user; more on the later), but that changing seems only to be a matter of when, not if.

In Huebel’s latest film, multi-hyphenate Thomas Lennon and Robert Ben Garant’s loose-limbed horror comedy “Hell Baby,” he plays a police officer who, along with Paul Scheer, gets a strange feeling about a married-and-pregnant couple (Rob Corddry and Leslie Bibb) who move into a New Orleans house with a most unsavory history. For ShockYa, Brent Simon recently had a chance to talk to Huebel about the movie, improvisation, national commercial campaigns and the special hope and despair of pilot season. The conversation is excerpted below:

ShockYa: Robert and Ben talked about how great it was to have guys like Rob Corddry, Paul Scheer and yourself — all of whom have experience in the editing room — because that quality informs an improvisational performance [because you] know how to give them stuff to cut around.

Rob Huebel: I think we got a lucky mix of people, because it’s all people that work in comedy and people that are producing comedy shows. Corddry does “Children’s Hospital,” I’m on “Children’s Hospital,” I used to do “Human Giant” with Scheer, and Scheer now does “NTSF.” So we all come from the business of making comedy shows, and, yeah, you develop to an ability to know what we need to get, which is important when you don’t have a lot of money or time.

ShockYa: That skill is different than improvisational chops, however. Is that something that came easy or early on, however, that instinct?

RH: I think you just learn that by doing that over and over. Paul Scheer and Aziz Ansari and I used to do a show called “Human Giant” on MTV; we wrote that with some other friends of ours and were the executive producers on that, and you end up having to make a lot of decisions about editing — sitting there in the editing room and getting rid of jokes, deciding what stays and what doesn’t stay. So from writing and producing [a show] like that you learn a lot. We’ve gone on to write different movies and TV shows, and you just develop knowledge of the technical aspects of how to tell a story.

ShockYa: Is writing something you always see yourself doing? Does it satisfy a special itch that just performing (by itself) does not?

RH: Absolutely. But for me it’s not even about satisfying an itch, because writing is so hard, I fucking hate it. It’s the hardest thing, but the most important thing. And so I think especially for comedy you have to do your own thing. The reality of the entertainment business [is that if] you’re just an actor waiting to get a phone call that you got cast on a movie or TV show, you’re going to be waiting around for a long time. So what you have to do is learn how to write and produce, you have to learn how to generate your own stuff. And it ends up being the best-case scenario, because you get to do your own thing and create your own projects that have your own style and tone and voice. So it ends up being pretty satisfying.

ShockYa: With comedically gifted or inclined actors and actresses, I’ve always been surprised by the range of responses I get when I ask if they were always drawn to comedy as a kid, or viewed themselves as funny. Where do you fall on that spectrum?

RH: I always wanted to be involved in comedy, but it took me forever to figure out how to do it. And so what I did was come through the back door, if you will. I thought for a long time that… well, I felt the best I could ever do was go work for an ad agency and write funny commercials. That seemed like a realistic thing that I could accomplish. That’s what I wanted to do, so I moved to New York to do that. And thankfully I never did that. (laughs) I started improvising at the Upright Citizens Brigade, learned how to do that, and from that got into commercials and got to act. Then I sort of realized that what I really wanted to do was not write commercials, but be the funny person in commercials. So then I did that for a few years, and then I got to jump from that into doing funny stuff in sitcoms. And then from that I got to do my own show, “Human Giant,” and little parts in movies. So it was stepping stones all along the way, but I could never admit to myself when I was younger that I wanted to act. I wish when I was 18 years old that I had just known that I want to perform comedy, because I could have moved to New York and started doing that. But I was just too scared.

ShockYa: You had a couple national commercial campaigns, right?

RH: Oh, absolutely — to do this day, people still recognize me from a commercial before movies that played at the movie theater, “Cell Phone Man,” where I was a rude asshole on my cell phone, serving as a reminder to turn theirs off. That ran for years all over, nationwide, and so anytime I would wear a suit similar to the one that I wore in the commercial and walk around New York on my cell phone people would stop, get out of their cars and point at me, “Hey, Inconsiderate Cell Phone Man!” (laughs) And it took me a while to be able to appreciate that, actually — and I really do appreciate it, honestly — because people liked that and thought it was funny. They weren’t saying bad things, they were mostly being cool about it. I think people tend to think they don’t want to be known for a commercial, but it was one of my first big jobs, so I have no regrets.

ShockYa: What’s your take on pilot season — full as it is, I imagine, of both hope and despair?

RH: Yes, it is an experience emotionally because every pilot season for the past 10 years I tell myself, “I’m not going to get emotionally involved in this, I’m just going to do it, take the money and then assume that it’s not going to become a real TV show.” So that’s my attitude for the first day. Then by the second day I’m like, “Hey, this is really fun, this would be a really fun TV show.” And then by the third day, I’m like, “I really love this cast, these writers — this would be great. I feel like this is gonna go!” You start to trick yourself into believing that it’s actually going to be a TV show. I do that to myself every year. And all of the pilots that I’ve ever done have never become real TV shows, and I’ve done a buttload of ’em. But I never learn. I always get depressed, so all summer long I just mope, and then I have my sweet, sweet revenge every September when the new sitcoms come on and are so horrible that they all get cancelled in a month. …But I’m also thankful that I didn’t get cast on that crappy show. Then I’m able to go do my own group of projects with my comedian friends. Now, that said, let’s get serious: If they called me up today and said, “Do you want to be the dad on a sitcom called ‘Hey, Where Did All These Dang Kids Come From? I Got My Hands Full Over Here!’” yes, I would do that. Because they throw you so much money, and money is pretty fun.

ShockYa: What was the experience of working with Rob and Ben like?

RH: I’m a huge fan of those guys, and their style. I’m a big fan of “Reno 911!,” and going into this, when you’re making a movie you try to eliminate all the guesswork. I already knew Corddry, I knew Scheer, and had worked with them for years; I knew Keegan (Michael Key) and that he’s hilarious, Leslie Bibb is hilarious. So if you look at that group of people, and then Tom and Ben are going to be driving the boat as directors, I felt very confident that we were going to be able to make a funny movie. …And so that’s all I really cared about. I don’t care what Tom and Ben say — this is a comedy, it’s not a horror movie. There are a couple startles, but the function of this movie is to make people laugh, and I think it’s a balls-out, hilarious comedy for people who like to smoke weed late at night. If you are my parents, you’re not going to like this movie, but if you’re a comedy fan you’re going to jizz your shorts. 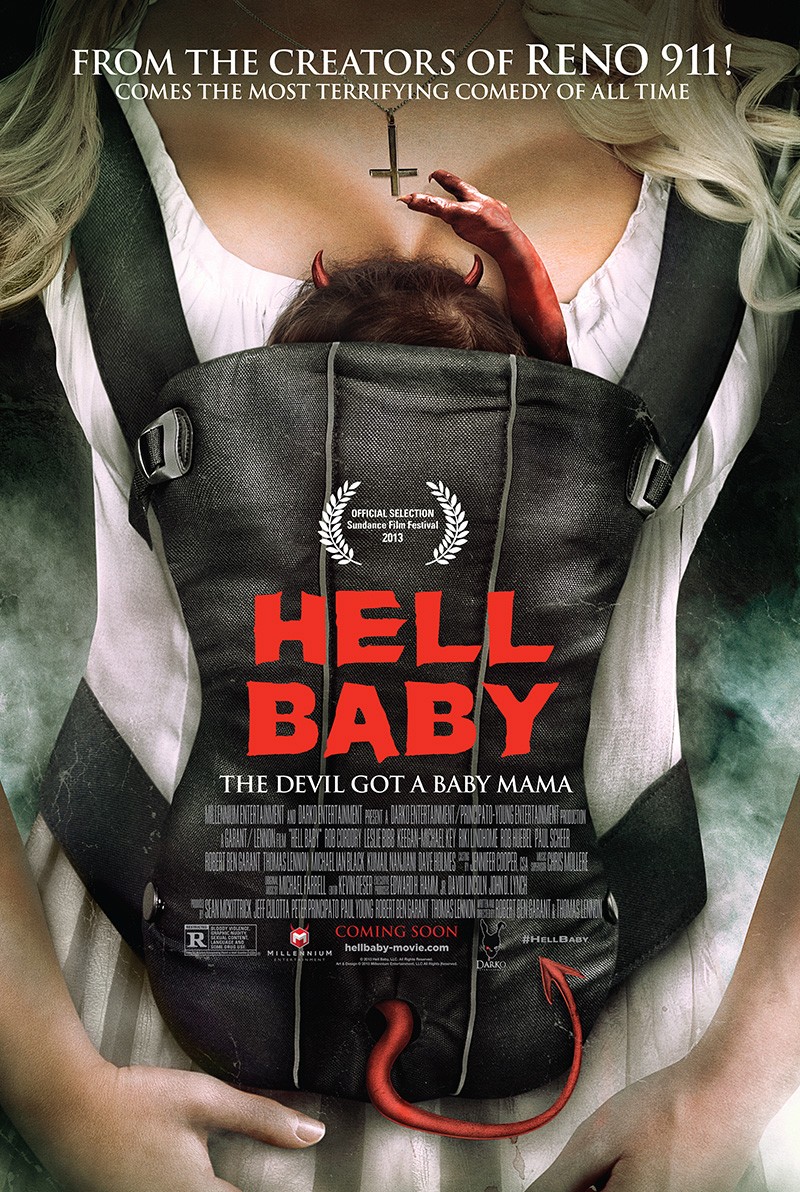