This is your first feature length film, tell us about the experience as compared to working on shorts.

I did one short film just for the experience of seeing what it was like to make something. You write, you direct, you do it all yourself, and you learn what all those roles are. This is the first real thing that I’ve ever written and directed so I can’t really say that they compare.

You write and direct your movies, why do you choose to do this and how do you think it effects your experience as a filmmaker?

It’s my first film, coming from my background in advertising I could wait for someone to write a script or you could do your own material and get it going. Doing both also means you get to direct as you write and match to the picture you have in your head.  You get more control than  if you were interpreting someone else’s work.

How did you how did you do your research and how much did you try to stick to the events and use the source material of the facts of the case in shaping the script?

It’s a true life story about horrific events that effected a whole community and still has an impact on people today. There always will be more questions then there are answers. I started out by hiring a court researcher and a journalist researcher. For about a month and a half  we got every case file we could get our hands on that had to do with the case over the 12-13 years and from a journalist perspective went through all the archives and read all we could. Then I met for about a week with the main people in the case. I met with the surviving victim and talked to her about all her experiences. The biggest challenge was figuring out how to take all that information and turn it into a movie that is only a couple of hours long.

What was it like working with the cast and how did you line up the actors for the movie?

They were all amazing! I had seen Nick in a film where one of the other actresses was a child and that interaction made me think he’d be great for the film, in this one he plays almost a father figure to a young girl who was a victim. John was interested and read the script, he played the character very normally and not over the top. I decided I wanted to make the film feel real, because it really happened and he was very pleased to get to play his role that way.

The movie is pretty nicely shot, you got to actually film in Alaska where the plot takes place. Tell me a bit about what it was like filming there.

As a filmmaker I always dreamed of shooting in Alaska! It’s almost like a big version of New Zealand, where I’m from. There’s no bears over there that can kill you or anything, but they’re both very isolated geographically and the people have a similar mindset of “We can do anything, we can make this happen,  it’s on us to make it work”.  The big challenge was that we had to load up trucks in LA and drive to Seattle and then put everything on barges for four days to Anchorage to get the equipment there. We waited four months to film the movie during a very specific time frame. I wanted the movie to have o snow at the beginning and then have the feeling of the cold close in and freeze everything. People said, “You’re crazy! It won’t snow just because you want it to snow.”, but right when we needed it it started up, and didn’t stop haha! 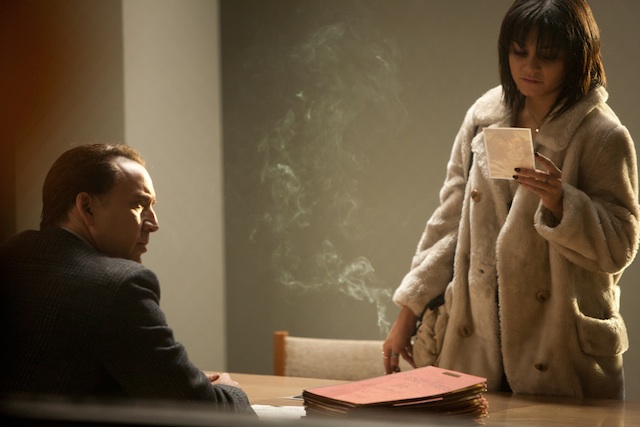