It’s probably still hard to believe, but the viral video of a woman twerking on camera for her boyfriend–which lead to her falling into a table and catching on fire–wasn’t real. It was created by the last person anyone would have expected–Jimmy Kimmel.

The woman in the video was a guest on “Jimmy Kimmel Live” Monday night and at first, it was assumed she was skyping in from her location in her apartment. But, she unbenknownst to the audience, she was actually behind a curtain on stage. The audience was later surprised to find out that the woman is a stuntwoman and was asked to do the video for Kimmel. They also play the rest of the tape, which shows Kimmel bursting through the door in the same pink shirt the woman’s wearing in the video and putting the fire out with a fire extinguisher before mugging for the camera.

What’s so crazy is that the video went viral without the all-star help of Kimmel. Within a matter of days, it was picked up by news stations and daytime talk shows, including “The View.” A compilation of the coverage was also shown during Monday’s episode.

You can see the video of the “Jimmy Kimmel Live” segment below the post. 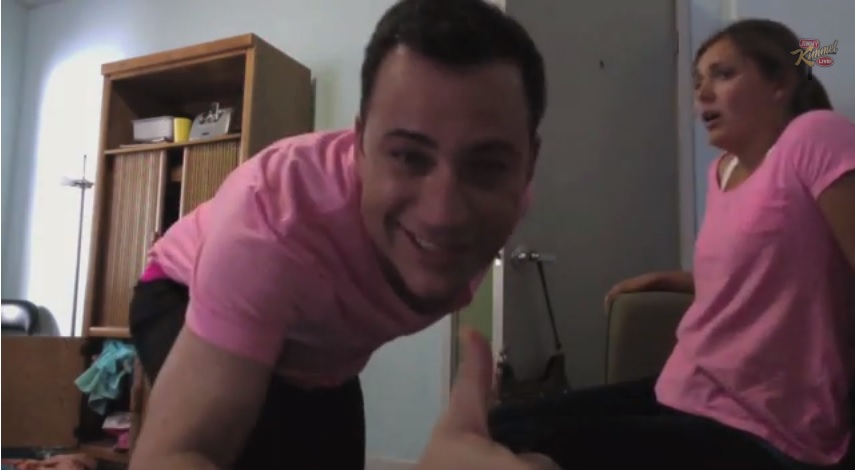