If you’re deep into the story of “The White Queen,” the epic miniseries currently airing on Starz, then you’ll love this inside look at the upcoming episode “War at First Hand.” The fifth episode of the season will show more of the ruthless sides of the women gunning for the crown:

“Warring women become been more bitter enemies when Queen Elizabeth, Anne Neville and Margaret Beaufort each experience the brutality of the battlefield close up.”

Below are is the official preview and clips, as well as some cool stills from the show! “War at First Hand” will air Saturday, Sept. 14 at 9/8c on Starz.

“The White Queen” is based on the novel by Philippa Gregory and stars Rebecca Ferguson as Elizabeth Woodville, the queen of England. Max Irons, Janet McTeer, James Frain, Amanda Hale and Faye Marsay also star in the series. Here’s more about the show:

“The White Queen is a riveting portrayal of one of the most dramatic and turbulent times in English history. A story of love and lust, seduction and deception, betrayal and murder, it is uniquely told through the perspective of three different, yet equally relentless women – Elizabeth Woodville, Margaret Beaufort and Anne Neville. In their quest for power, they will scheme, manipulate and seduce their way onto the English throne.

The year is 1464, before the Tudor dynasty ruled the country, and war has been ravaging throughout England over who is the rightful King. It is a bitter dispute between two sides of the same family, The House of York and The House of Lancaster.

The House of York’s young and handsome Edward IV is crowned King of England with the help of the master manipulator, Lord Warwick “The Kingmaker.” But when Edward falls in love with a beautiful Lancastrian commoner, Elizabeth Woodville, Warwick’s plan to control the throne comes crashing down.

A violent, high-stakes struggle ensues between Elizabeth, her most fierce adversary, Lancastrian Margaret Beaufort, and Anne Neville, the pawn in her father’s power game – each woman vying for the crown.”

“We Need Each Other” 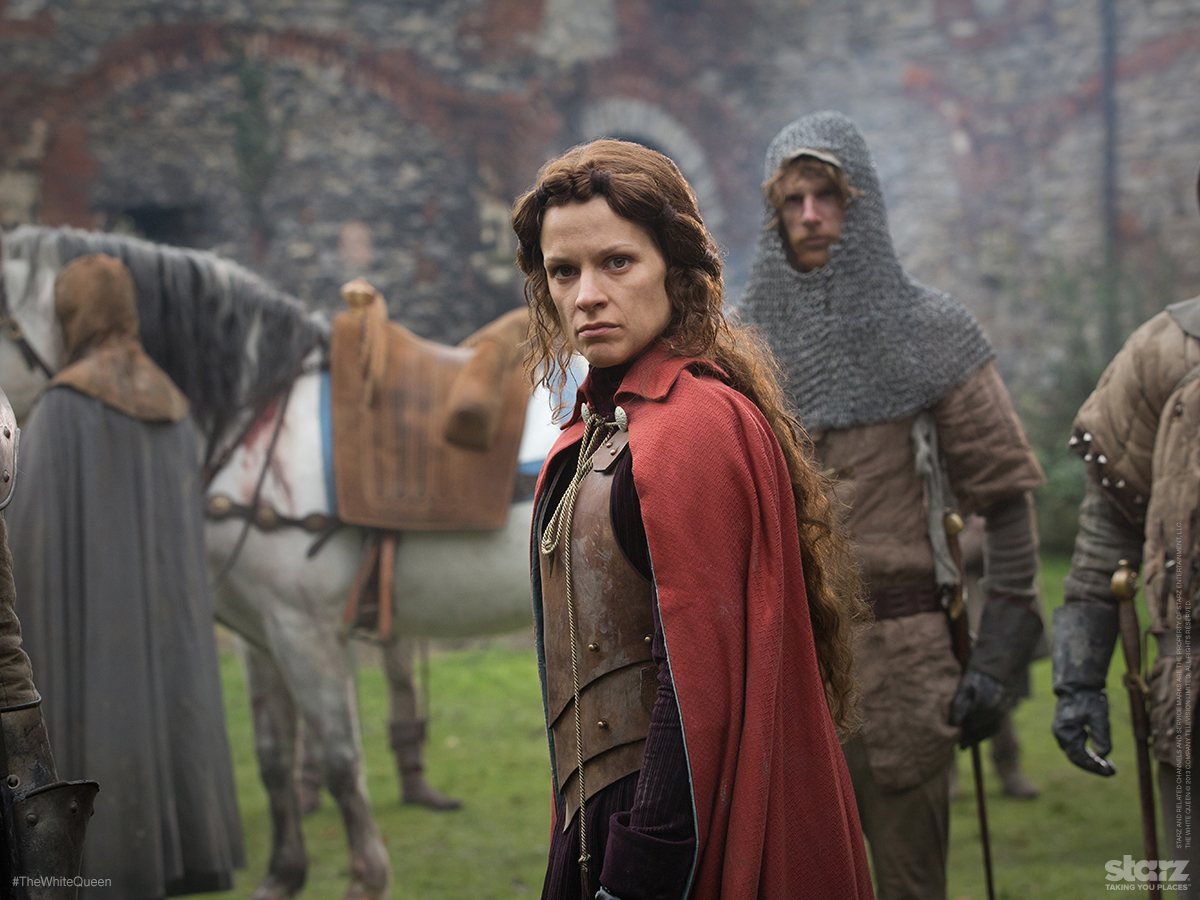