The box office results for the weekend of September 13th – 15th sees the horror genre rising from the dead. Insidious: Chapter 2 conjured up an abundance of profits while The Family, laced with star power, barely received any attention. Here are the studio estimates:

It’s rare to have one horror jive with audiences in a year. But director James Wan apparently wanted to have two.

After The Conjuring rose to $135 million at the domestic box office this past summer, Wan is attempting to top himself as his sequel to the well-reviewed and financial gem back in 2010 is already off to an amazing start. Insidious: Chapter 2 was crafted for just $5 million and is already seeing the black ink with a solid opening weekend. The lesson learned here: If you can please the horror fans, and in doing so, earn their belief, they will always be loyal to ya.

The only other wide release came in the form of The Family. It took $30 million to assemble Robert De Niro, Tommy Lee Jones, Michelle Pfeiffer, and Dianna Agron, in a routine mafia action/comedy. And while it may have a chance in the long run to earn some scratch (gangster talk for money), don’t expect moviegoers to spend too much more time with this in the coming weeks.

After 5 weeks, Lee Daniels’ The Butler has cracked the $100 million mark on the domestic front. The early award contender rang up a $30 million production bill.

This Friday, Prisoners has an engaging premise that should end up winning the weekend at theaters while Battle of the Year will be another throwaway “Step Up” poser. Reviews will be right here my fellow Shockers! 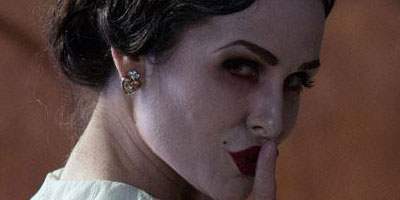