From their groundbreaking MTV show “The State” to Comedy Central’s “Reno! 911,” movies in which they’ve acted, and a whole slate of films on which they’ve served as screenwriters, Thomas Lennon and Robert Ben Garant have kept things fresh… and often plenty weird. Their newest effort, in which they co-star, represents their feature film tandem directorial debut. A zany, ramshackle comedy about a married-and-pregnant couple (Rob Corddry and Leslie Bibb) who are forced to enlist the help of the Vatican’s elite exorcism team (Garant and Lennon) after they move into a haunted fixer-upper in New Orleans, “Hell Baby” offers up an assortment of lunacy, nudity and gross-out humor. For ShockYa, Brent Simon recently had a chance to speak to the two multi-hyphenates in person, about their film, the sketch from “The State” that never was, and where things stand on the “Baywatch” movie they’re penning for Paramount. The conversation is excerpted below:

ShockYa: I’ve followed the careers of you guys for some time, dating back all the way to “The State,” which for me is kind of like “Twin Peaks,” in that I feel like it still exists in my mind, even though it doesn’t (exist) anymore.

Robert Ben Garant: Thanks. We were always a little sad that it came out on DVD, because I think it was a little cooler when it just existed in people’s memories.

Thomas Lennon: And it was always just the smartest people knew and remembered it — it was bootlegged, and had this forbidden fruit quality. I did love it when it didn’t exist. Now it’s very easily accessible. That said, when I’ve watched it lately, I think more of it holds up than I would have thought. It’s better than I remember it, a lot of it.

RBG: We were better when we were a legend.

TL: We were just talking the other day about a “State” sketch that I wrote called “Admiral Funnymustache.”

RBG: Oh my God, I love that — we never did that one! A fucking great sketch!

TL: We never did it. I’ll pitch it to you right now: three guys in a room are dressed up like Gilbert and Sullivan, “Pirates of Penzance”-style, with huge admiral hats and sashes and giant, crazy handlebar mustaches. One of them has a mustache to the floor, one of them swirls into two question marks. A young messenger comes in and says, “Telegram! Telegram for Admiral Funnymustache!”

RBG: And so the three guys look around, and there’s a long pause —

TL: And one of them says, “I’m so sorry, Admiral Funnymustache has passed away.” (laughter) “There will be a memorial at the athletic club on Thursday.”

RBG: And we never did that one! (laughter) Oh man, what a great sketch.

TL: I think (Ken) Marino might have kept it down.

ShockYa: I’ll have to see if that Twitter handle is still available. And between that, “Hell Baby” and even “Reno,” there’s lots of mustache-based humor with you guys, actually, it seems.

ShockYa: “Hell Baby” feels like a karmic sequel, in a way, to your book, “Writing Movies for Fun and Profit,” in that both seem to offer up a more unfiltered, uncut version of your own experiences and shared sensibility.

TL: For better or for worse, the movie — which has lots of weird things in it and goes on lots of weird tangents — certainly hasn’t gone through a committee, which is I think one of the fun things about it. You’re like, “Oh, well clearly no one approved this third sandwich-eating scene.” You introduce characters only for them to leave. There’s a lot of id — it’s the id version of a movie of ours, where we don’t triple-guess [any instincts].

RBG: And a studio head would never, in a million years, let you have a movie with characters like Rob and Leslie where you know nothing about them. Like, you know he’s a professor, but there’s really nothing else. A studio version of this would make you know why they’re having a kid, why they move to New Orleans. You know so much more about the priests, who are in like two scenes, than Rob and Leslie.

TL: We kill almost every main character, which I’ll go ahead and say, because the movie is called “Hell Baby.”

RBG: The scenes where they eat sandwiches, they don’t talk about the plot.

TL: Riki (Lindhome) comes in and doesn’t talk about the plot when her clothes her off. And there’s one moment where Rob says that she’s been acting weird — which we know.

RBG: Yeah, very consciously there are things in it that would never make it past a note session for a studio film.

TL: Sometimes the big studio scripts that we work on take three, four, five, six or seven years to maybe get going, and by the time any piece of dialogue gets said on screen it’s been vetted by teams of people. This is definitely not that.

ShockYa: Was there any promotional consideration for the Dominoes “pizza salad” scene?

TL: Not only was there not any promotional consideration for that, but we actually had to beg them for permission. (laughter)

ShockYa: What I liked about that was the fact that it specifically says Dominoes, and yet you never see any Dominoes (box or logo).

RBG: That was the bargain.

TL: Yeah, we got permission, but it was like —

ShockYa: So was it permission after the fact?

TL: Yes. There was also a long scene in the movie about how good flat Dr. Pepper is, but it ended up getting cut because it was so lengthy.

RBG: “I’m sorry, I don’t have anything to offer except flat Dr. Pepper.” “Yeah, I’ll have a Pepper. Mmmm… flat or not, it’s still the Pepper.”

TL: We have this whole fake product placement thing. It’s like, “No, you realize no one paid you to say these things, right?”

RBG: Even in “Reno,” we had a whole episode about piping hot, delicious Arby’s, and we had no permission for that. But in real life people don’t say, “Let’s order pizza.” They say, “Let’s order Dominoes.” It just cracks us up to say that.

TL: I just like that we give the recipe: crush slices of pizza in a bowl of salad — also from Dominoes.

ShockYa: In talking to Robs Corddry and Huebel, they mentioned how important and how much of an advantage you guys felt it was to have cast actors who have also been in the editing room.

TL: Riki now has her own show that she’s doing for IFC, but everyone is like a journeyman of comedy in some way, and has had at least one of their own shows. In our case we’ve run two or three shows into the ground at least. So it’s interesting when you have people who’ve been involved with so many aspects of comedy, who will re-set themselves and get things right.

TL: They know what’s useable and what’s not.

RBG: It’s crazy, in a really good way. They’ll ask you if it’s a two-shot or a single, and then [they’ll adjust accordingly]. We couldn’t have done the movie without that sort of experience in the cast, because we only had 20 days to shoot it and that’s not a lot of time. But everyone was so good at that that it made it possible.

TL: The nice thing was that people were confident enough to go off the rails for a little bit.

RBG: And people were also aware… when they have story points that they need to hit clearly, and when they can just kind of try saying whatever.

ShockYa: “Hell Baby” isn’t really a horror spoof, it’s more of a straight-up comedy. Its story could have taken many different shapes or forms, even given the same basic kernel of the main idea, but was it always the idea to not specifically include a lot of genre lampooning?

TL: Yeah, we’re not really spoofy guys. And even going back to the State, MTV always wanted us to do slightly more topical things. And it’s never really appealed to us, it’s just not our thing — and it also doesn’t have that much staying power. Like, you could watch this movie 10 years from now and it won’t feel dated — it will feel as dumb as it feels right now, but it won’t feel dated.

TL: It’s like we got a copy of a script of a Japanese horror movie, and it was a bad translation. Something got lost in translation and it ended up being very silly.

ShockYa: What’s the latest on the “Baywatch” film, and how much research have you done?

TL: It’s a pretty amazing series. There are like 200 episodes, and we’ve watched a bunch. They get to ghosts in season two.

RBG: I thought it was like “S.W.A.T.” or a bad police show, but it’s not so much weirder and sillier than that.

TL: And then with these really intense moments. So it’s called “Baywatch: Red Tide,” to establish that we’re doing the first of what will be many films in a franchise. We have tons of slow-motion, just tons of it. We use italics in the script when something is in slow-motion, and there’s just a ton of it.

RBG: They say they’re making it. I always believe that when I’m actually on set.

TL: Yeah, that’s true. But for now, it really seems like it. The script is done, so we’ll see what comes of it. 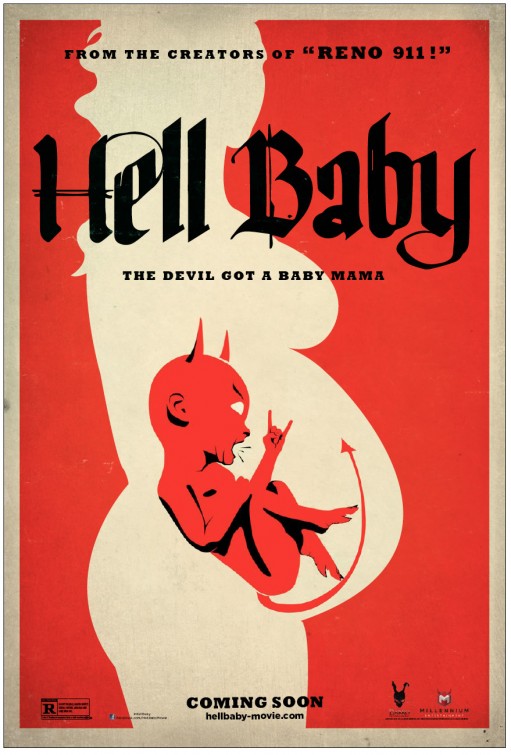 Cancel reply
And While We Were Here Movie Review
Box Office Report: Insidious Chapter 2 scares away The Family
To Top