Michael Masucci was lucky enough to work with ’80s icon Corey Haim one of his final films, the action-packed “The Hostage Game,” now on DVD.

In this exclusive interview, the talented filmmaker tells us what that experience was like and how he believes people widely misunderstood Haim. Also look below for some behind-the-scenes photos!

What drew you to The Hostage Game?

Michael Masucci: First of all, it was a giant opportunity for me and my career. I had wanted to direct for a long time, having worked in every other facet of the filmmaking process, both in front and behind the camera. I really felt that it was time and that I was ready to direct.

I knew the Producer Jackie Giroux, and really wanted to work with her. She has a tremendous amount of knowledge and experience and I knew that it would be a great opportunity for me to continue to grow as a filmmaker.
Once Corey got involved in the picture, that was an added bonus, to be given the opportunity to work with him, and of course I loved the story. It was a blast, I truly am grateful for the opportunity.

And how was it working with Corey and the cast?

Michael Masucci: First let me give a quick thanks to the crew, who never really get the credit they deserve. The crew is the engine that drives the entire production, and I was very fortunate to have a great crew on this film, we couldn’t have done it without them… the film is a testament to their hard work and dedication.

I was blessed on this film to have a truly talented cast. Obviously we had Corey, but we surrounded him with some dedicated and talented actors.

Frank Molina, who shares the majority of the movie on screen with Corey was just so prepared and dedicated, and a pleasure to work with. Frank has this level of truth to him, it awesome to see on screen. The two of them (Corey and Frank) had instant chemistry which was essential for this film.

We also had Bernie Robichaud, of “Trailer Park Boys” fame, Eric A. Leffler, Caleb Marshall, Erie Trembly and Angela Cullins who played Corey’s Wife. Angela is a tremendously talented newcomer and the moment they met, she and Corey had this dynamic of a couple that had been married for a long time. It was amazing to watch it all unfold.

As a director I couldn’t have asked for a better bunch of actors to work with. They made my job easy.

Can you talk a little more about working with Corey?

Michael Masucci: Corey was a pleasure. He came up to me on the first day and said, “Anything you need from me, you got it”. He knew this was his comeback and he took it very seriously. He was dedicated, professional to his other actors and to me, so for me it was a pleasure.

The funny thing is that people always ask me, “What was it like to work with Corey Haim?” “What was Corey like?”

I think he was misunderstood. The public had this perception of him; as a Hollywood child star, who got into drugs, etc. That was true, but he was 15 years old. Not that I am condoning it, but he was a kid…and 15 year old kids make mistakes; unfortunately his mistakes he dealt with, and carried with him, his entire life.

So, I didn’t know the 15 year old Corey who got into drugs. I only knew of his work from “The Lost Boys”, “Dream a Little Dream”, “Lucas”, etc… but when I met him, I met a 38 man who had made amends for his mistakes, was open and honest about his past, and just wanted to get his life back together.

He wanted to work, and was happiest on a movie set. He desperately wanted to be trusted again as an actor, and I think, if he had lived, he would have continued to work and gain peoples trust back.

The more directors and producers that he would have worked with; slowly he would have begun to earn their trust back and show them that he was genuine and sober, but unfortunately he passed away before he got a chance to do that.

He was a very generous person; with a big heart, he and I became really good friends. What a tragedy, my heart goes out to his lovely Mom.

Lots of people were devastated when he died suddenly. How do you think Haim’s fans will respond to this film?

Michael Masucci: Yeah Corey still, (even being out of films for a while) had a huge following. I knew he was a big star back in the ’80s, but I didn’t know how big he really was until I spent some time with him.

It was apparent with the output of support while we were filming from fans showing up on the set, to the social networks, to well wishers after he passed away, that he still had a huge fan base.

I feel those same fans will rally around this movie. They will get to see Corey in his first role as an adult, which is something that fans of Corey haven’t seen yet. They get to see him in a new light.

His acting is as sharp as he ever was, and I know he wanted people to see him in this role, so a big thanks to Osiris Entertainment for releasing the movie and bringing the picture to the public.

What do you think makes this film unique among other films in its genre?

Michael Masucci: Well the movie is about Corey’s character waking up one morning and finding that his wife is missing. He receives a call from a kidnapper, saying, “We have your wife. Here is your first riddle”.

Corey’s character has to answer a series of riddles, within a time frame and each correctly answered riddle brings him one step closer to finding his wife. If he fails, she dies. So he hires a private investigator, played by Frank Molina, and together they go on a treasure hunt, searching for his wife.

On top of that, the movie focus a lot on the relationship between Corey and Frank’s characters, that start out on opposite sides, but by the end of the movie have forged a bond together because of this event, which throughout the story uncovers several plot twist and turns, which all lead to a big shocking twist at the end…but I can’t spoil it, people will have to watch the movie.

What’s next for you? What are your next projects?

Michael Masucci: I have a production company called Secret Shadows Productions, Inc. We have a slate of projects, ranging from film to television and in all different genres.

I am currently in pre-production on a TV show called “Cathedral of Rock,” which I created and will direct.

In addition, we and 1 feature film and 4 other TV shows that we have created, which we are currently shopping around to try and find a home. We have a lot on our plate, but we’re really excited about the future.

Of course I’d jump at the opportunity to work with the producers of “The Hostage Game” over at Global Universal Pictures again.

The executives over there, Jackie Giroux, Gay Rasmussen, Eric A. Leffer, are good people; extremely intelligent film and business minded people and very generous, so I am grateful to them for the opportunity they gave me.

Thank you so much to you for supporting “The Hostage Game” and independent films. All the best of luck! 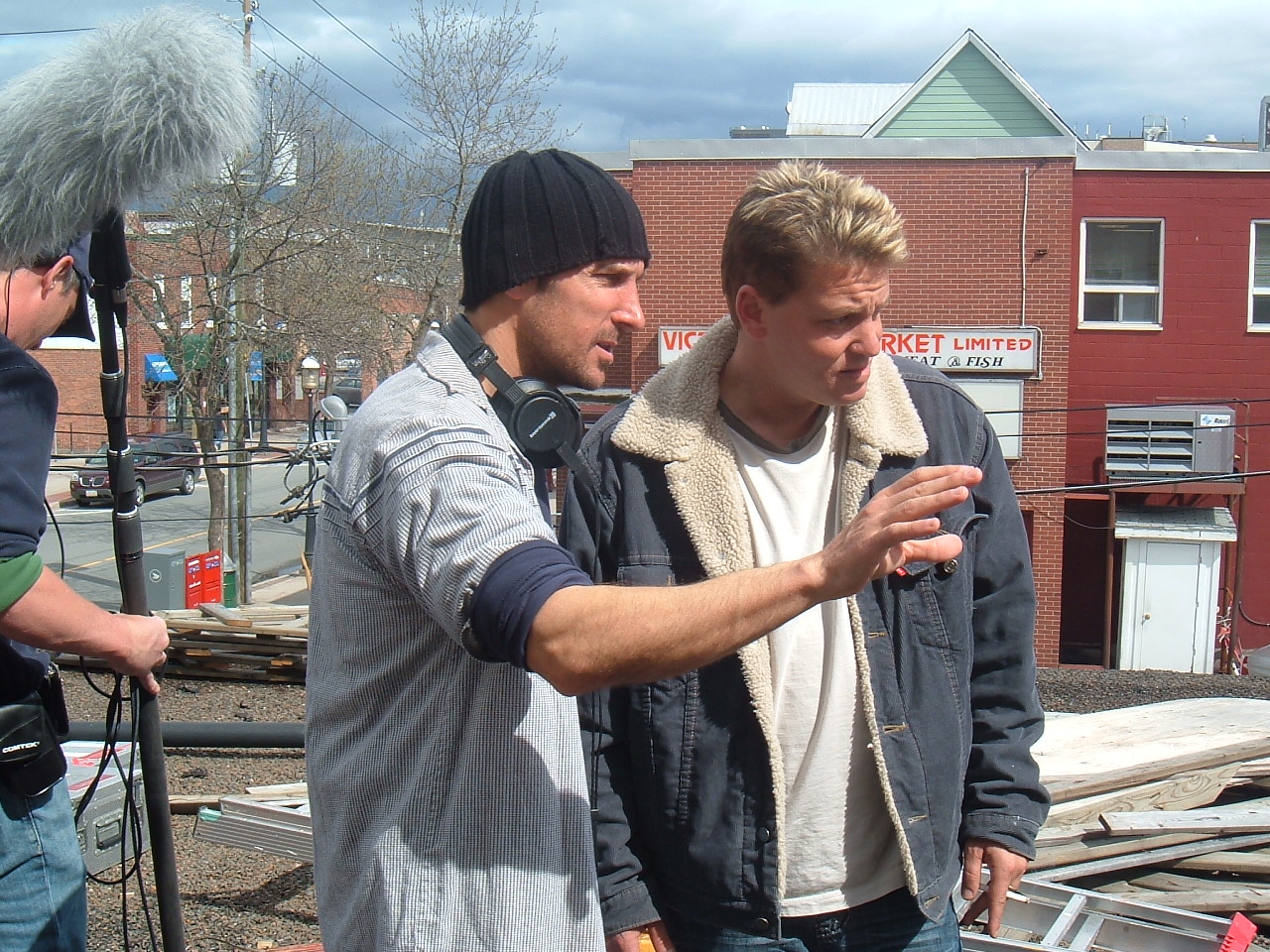