She’s only just recently 24 years old, but since 2006 Juno Temple has appeared in more than two dozen films, from independent fare like “Cracks,” “Greenberg,” “Dirty Girl” and “Killer Joe” to studio offerings like “The Other Boleyn Girl,” “Year One” and “The Three Musketeers.” In her latest movie, writer-director Jill Soloway’s tart, Silver Lake-set dramedy “Afternoon Delight,” Temple plays McKenna, a stripper and escort who is befriended by an emotionally wayward, stay-at-home suburban mother, Rachel (Kathryn Hahn), with considerable consequences. For ShockYa, Brent Simon recently had a chance to speak to Temple one-on-one and in person, about the movie, learning erotic dance, how she feels about auditions, and her impressions on the forthcoming “Maleficent.” The conversation is excerpted below:

ShockYa: Given that the film juggles some disparate tones, what was your first reaction to the script?

Juno Temple: The big turn-ons for me were the relationship with Rachel — that was a really key one, because I think female relationships are so important in life, and so delicate — and then also the fact that McKenna is in this world [of sex for money], but she’s okay in it, she doesn’t need rescuing, that’s not what she’s asking for. She’s just asking for a genuine friendship. She wants honesty, she wants realism, that’s what she cares about. And I think she’s very excited that Rachel wants to be friends with her, so she is very honest and open. And she kind of gives Rachel everything she’s got to give — she doesn’t hide anything. So I think McKenna is so deeply wounded by [some of what unfolds in the movie], because she trusted Rachel with this universe and Rachel wanted to come. She didn’t force her to; she may have planted the seed, but McKenna wasn’t going to force her to do anything. So she gets really hurt, and because of the power she has with how in touch she is with her sexuality she obviously reacts very badly, and misbehaves. … It’s interesting because it’s the different worlds of two women that, when you start reading the script, you expect to be in opposite spaces. But McKenna does not need to be rescued. It’s Rachel that does.

ShockYa: And there isn’t an epiphany for McKenna. It occurs to me what they say about recovery — that the person has to want it for themselves. She’s at a place in her life where she doesn’t feel bad about what she does.

JT: That’s true. The world that she’s in, let’s not be naive about it, is also very dark and bleak. A lot of women are involved in it not out of choice, and do not enjoy it. So you hear about a lot of people that do drink or take drugs to get through that kind of work. And for someone like McKenna, she doesn’t do that. She’s in this world because I really think she wants to give love to this people that are asking for it — and that’s how she does it, because that’s the way she’s good at it. And so it’s not something that she’s necessarily — she’s not trying to hide anything, which I really liked.

ShockYa: You’ve played a lot of characters who might be described broadly as troubled but also troublesome — they bring trouble and chaos into other characters’ worlds. Do you ever draw parallels between certain characters?

JT: No, it’s always completely separate. I think they’re such different people. If I imagine putting each character in a room together, they would all be so different. I think a lot of them would understand things about one another, but I’m not sure they’d all get on, you know? I’m still learning so much… I don’t feel like I’ve done the best I’m going to do in my career yet. I want to be like an old bottle of wine and get better with age. I really feel like on each job I learn more and more and more. And working with someone like Kathryn was really eye-opening for me, because she’s so open and generous, on- and off-camera. She was ready to be there at any given moment, to discuss something or to just be there as a friend too. She’s someone that now I will treasure in my life forever. I was very inspired by working with her, and there were scenes where we were kind of overwhelmed because on the page they were one thing and then we would talk about them on camera and it was just happening. And they would say “cut” and we would say, “Wow!” It was almost like there was more electricity in them than we often thought there was going to be.

ShockYa: Was there always an element of sexual tension between the two of them, then?

JT: When I read the script there was a lot of sexual tension between McKenna and Rachel, and they’ve made a bit less of that, which I actually kind of like. Because I think it wasn’t really about that. The message for me is very much, “Don’t judge a book by its cover, don’t try and rescue things that don’t need help, and don’t be afraid to look at yourself when you’re lost.” That’s never a bad thing to do, because then you can only get better at giving advice and helping people if you’re in a place of comfort and peace with yourself. I really liked that message. …And what I also thought was genius about this film is that Jill cast so many comedians in it. That helps make it more human. It’s funny, but there’s a darkness and sadness to it as well. And the way to appreciate darkness in life is to often tell it through comedy because I think people relate to it more.

ShockYa: You’re probably at an age and point in your career where you can play up or down in age

JT: I actually haven’t really been asked to play up yet, not really. But I’m excited because I’m attached to a project at the end of the year — I’m not going to go into crazy detail about it because I just want it to happen and don’t want to jinx it — but I will have to age from 17 to 27, so that would very exciting.

ShockYa: You have a filmography that speaks for itself, but is auditioning something you feel comfortable with and good at?

JT: I get nervous as hell, but I think it’s incredibly necessary. Like, I haven’t worked in a couple of months but hell if I’ve been auditioning because I really think it’s important. Even if you aren’t necessarily right for the role, or if it’s a role that maybe you’ve already done or feel like you’ve done, it’s important to go and audition, and read for people so that someone can give you direction. And maybe they’ll want to hire you for something else. But I always think it’s also important just for you, to practice learning lines and pretend to be someone else for fucking half-an-hour, you know? It makes me feel nauseous, though, still — I get so nervous.

ShockYa: Do you feel you’ve gotten better at it?

JT: Ummm… I feel I’ve gotten much better at listening to direction, so I feel like that has really helped. I feel like I still have some bloody awful auditions, and ones that I walk out thinking they were great, but it doesn’t mean I’m going to get the role either way, though. I’ve never been in a position where I’m being offered roles left, right and center. It’s happened sometimes, and it’s crazy. You’re like, “Well… thank you!” But I think it’s a really important thing to audition because then you kind of know that you can do it.

ShockYa: How difficult was it to master the dancing you have to do in the movie?

JT: We had a choreographer, Rie Katagiri, who was sensational, and really an amazing women and soul too. It was an interesting experience for me because she taught me that erotic dancing is really about you being in your own zone and having a good time having this dance. So it’s less about being perfect than it is about your poses being almost like a stretch for you. (illustrating with her arms and back) So your audience is watching you in this dreamy, delicious world and they’re like, “Wow, I want to be where she is.” Or at least that’s kind of what we came up with for McKenna — that she’s in her own dream world and wanted to make connections by creating this little universe, whether she’s on your lap or dancing on the poker table, you know? I do think there’s a difference between the two, though. The poker table dance in the movie seems more aggressive, and I think that was playing up to the men, and squeezing your body and taunting a guy, I guess. It was fantastic, but it’s hard too, and a workout — holding positions that when you first start doing your body is like “owww, owww.” It’s like yoga. The more you get into it, the more your body is going to love those positions.

ShockYa: What can you say about “Maleficent,” if anything?

JT: I can’t really say anything, but I did my first ever motion-capture, and it was such a whirlwind and new process to me. The technology that they’ve got going on now is insane. I got to work with Lesley Manville and Imelda Staunton, who are two of the coolest actresses I’ve ever been around. Talk about tapping into your inner eight-year-old — they’re hysterical. And I thought it was so cool to be a part of a project like that, especially because it’s a fairytale and when I was a little girl I loved them. We have a while to wait yet [for its release], though. 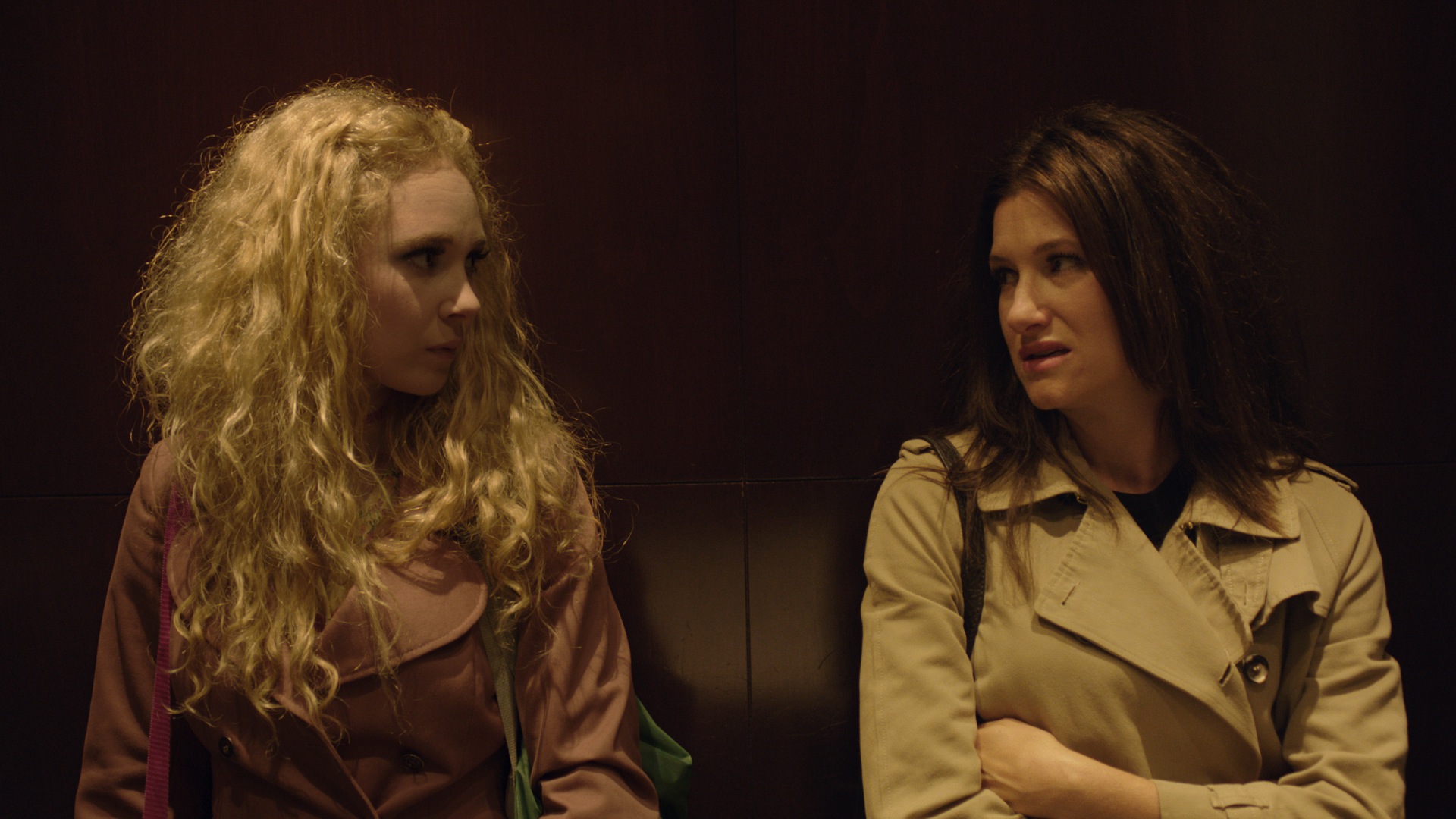