There’s still a little over a month until Halloween, but stores are already overloaded with horror-related candy, costumes, and decorations, and, appropriately, so is this Movie News Cheat Sheet.

We’ve got an update on the “Troll Hunter” remake as well as the details on Fede Alvarez’s potential “Evil Dead” follow-up. Per usual, the folks at Blumhouse Productions are keeping busy. Not only are they moving forward with another installment of the “Insidious” franchise, but Aaron Eckhart is officially on board to lead their project called “Incarnate,” too.

Ready to get into the holiday spirit a little early with those stories and more? It’s all coming at you in your weekly Movie News Cheat Sheet.

1. “Troll Hunter” Remake Moves Forward with Neil Marshall: Neil Marshall and “Troll Hunter;” you can’t really get a better pairing than that. As reported by Deadline, Marshall is officially locked to helm the remake of the shaky cam Norwegian film about a group of students making a documentary about an alleged bear poacher who’s actually hunting trolls for the TSS, the Troll Security Service. André Øvredal brought the beasts to life in the 2011 release on a mere $3.5 million budget, but Marshall is moving towards an early 2014 start date with $25 million in the bank. Considering Marshall managed to make “The Descent” with just about $5.5 million and is responsible for one of the most epic hours of television – the “Game of Thrones” episode “Blackwater” – that $25 million should be more than enough to put together a worthy remake.

2. Cumberbatch Is In; Ronan Reading for “Star Wars?:” Welcome to yet another go-around in the “Star Wars: Episode VII” rumor mill. This chatter comes from Latino Review and involves both Benedict Cumberbatch and Saoirse Ronan. Not only is the outlet insisting that Cumberbatch is definitely in “Episode VII,” but that he’ll be in the entire trilogy. “His part in ‘Episode VII’ is very small but the role is much bigger in ‘Episode VIII’ and ‘Episode IX.’” The outlet also claims that Ronan went in to read for an unknown part. The source wouldn’t divulge details, but apparently, during the conversation, there was talk of a “female villain part” – but that’s not necessarily the part Ronan is up for. The “Episode VII” narrative kicks off 30 years after “Return of the Jedi” and will feature an original story penned by Michael Arndt. More details will surface as we inch closer to the film’s 2015 release.

3. Disney Release Date Shuffle: Walt Disney Pictures just made some major release date changes. “The Good Dinosaur” is moving up a year, shifting from the November 25, 2015 spot to May 30, 2014, and “Finding Dory” is ditching its June 17, 2016 opening to take that vacant Thanksgiving 2015 position. In the live action realm, “Maleficent” is getting bumped back, moving from May 30, 2014 to July 2, 2014. Disney also plopped down release schedule newcomer, “McFarland.” That one stars Kevin Costner and Maria Bello, and focuses on a small-town track coach vying to turn his athletes into champions. (via Box Office Mojo)

4. Joss Whedon Worked on the “Thor: The Dark World” Script: The Marvel Studios folks are just one big, happy family. While talking to SFX Magazine, “Thor: The Dark World” director Alan Taylor revealed that Joss Whedon stepped in to give him a hand with his script. “Joss came in to save our lives a couple of times.” He added, “We had a major scene that was not working on the page at all in London, and he basically got airlifted in, like a SWAT team or something. He came down, rewrote the scene, and before he got back to his plane I sort of grabbed him and said, ‘And this scene and this scene?’ And he rewrote two other scenes that I thought had problems. Then finally we let go of him, he took off again, and we shot the scenes; and they were just much better and much lighter on their feet.” We’ll find out if Whedon’s changes did the trick when “Thor 2” arrives on November 8th.

5. “Insidious 3” on the Way: When you score over $40 million opening weekend on a $5 million budget, there’s just no way the companies involved will let you go. After “Insidious Chapter 2’s” stellar start, Entertainment One, FilmDistrict and Sony Pictures Worldwide Acquisitions announced that they will move forward with a third chapter. Director James Wan has sworn off horror, but writer Leigh Whannell will return to pen the new installment. Producers Jason Blum and Oren Peli are due back as well. The first two films focused on the Lambert family and their connection to a ghost realm called The Further. “Chapter 2” seems to have put an end to their storyline so it should be interesting to see where Whannell opts to go next. (via Entertainment One, FilmDistrict, and Sony Pictures Worldwide Acquisitions)

6. Blumhouse Recruits Aaron Eckhart for “Incarnate:” In other Blumhouse Productions news, the low budget horror leader is moving forward with yet another endeavor, the Brad Peyton-directed and Ronnie Christensen-penned, “Incarnate.” According to Deadline, Aaron Eckhart is on board to lead the film in which “an unconventional exorcist who can tap into the subconscious of the possessed meets his match when a 9-year-old boy is possessed by a demon from his past.”

7. Fede Alvarez Moves from “Evil Dead” to “Dante’s Inferno:” After scoring primarily positive reviews and nearly $100 million worldwide for his “Evil Dead’ remake, Fede Alvarez is in talks for a new project – an adaptation of the Electronic Arts video game, “Dante’s Inferno.” The game has roots in the first part of the 14th-century poem, “The Divine Comedy,” and features Dante Alighieri as a knight who travels through the nine Circles of Hell to rescue his beloved Beatrice. (via Deadline)

8. “The Hunger Games” Adds Lily Rabe and More: Pre-production for “The Hunger Games: Mockingjay – Part 1” is currently underway and director Francis Lawrence continues to load up the cast. Tony Award winner Patina Miller just snagged the role of Commander Paylor, the head of the rebels in District 8, and Mahershala Ali signed on to portray Boggs, President Coin’s (Julianne Moore) right-hand man. But the most exciting update of the bunch is that “American Horror Story’s” Lily Rabe is joining the colossal ensemble as Commander Lyme, a former Hunger Games victor and the leader of the rebellion in District 2. (via Lionsgate)

9. Trailers: “Dracula 3D,” “Nebraska,” “Blue is the Warmest Color:” When Dario Argento unleashes a new film, it comes with certain expectations, but before you jump into the new trailer for “Dracula 3D,” be warned, it’s, well, unusual to say the least. The first trailer for Alexander Payne’s “Nebraska” is unusual as well, but in the best possible way. The black and white visuals are striking, but they pair so well with the tone and narrative that it makes for a bold, but highly appropriate choice. Last up we’ve got the new trailer for the highly praised Palme d’Or winner, “Blue is the Warmest Color.” The exceptional reception will undoubtedly draw a crowd, but for those unfamiliar with the film’s accolades, this promo might rely too much on critic quotes and not enough on story to function as much of a draw.

10. Box Office: As expected, “Prisoners” was the weekend’s big winner. The film kicked off its run with $21.4 million on a $6,574 per theater average. Those numbers aren’t particularly mind-blowing, but considering the film should have long legs courtesy of early awards buzz, it could be an adequate start to a long run. Also as expected, “Insidious Chapter 2” took quite the weekend one to two hit. A 64% drop left the film with $14.5 million for its second weekend out, bringing its domestic grand total to over $60 million, dwarfing that $5 million production budget. The #3 spot went to “The Family,” which saw its opening profits slashed in half. However, that $7 million total did let it keep on top of “Instructions Not Included,” which, yet again, surprised with a 17.2% boost and $5.7 million weekend four total. Rounding out the top five is the weekend’s second new wide release, “Battle of the Year,” which severely underperformed and only posted $5 million to start against its $20 million price tag. (via Box Office Mojo) 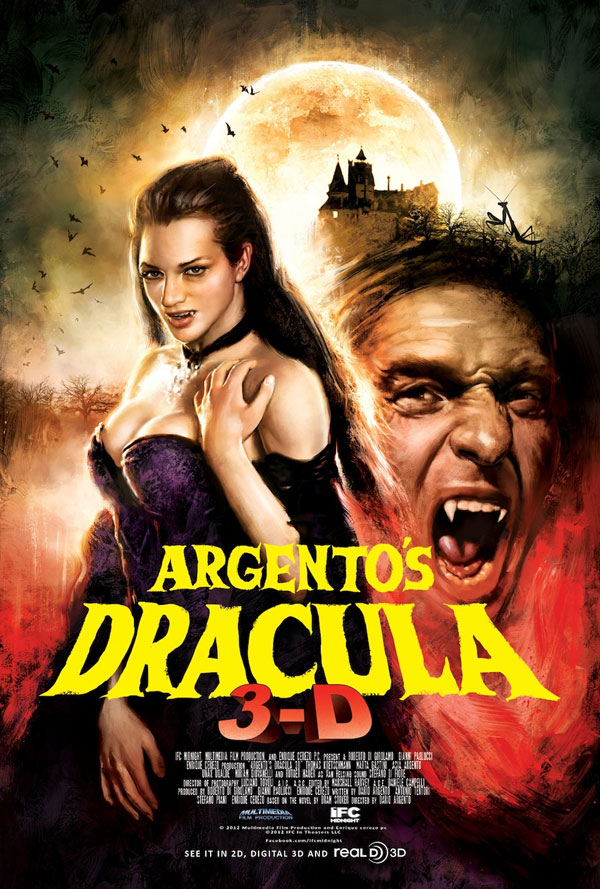