BET has an exclusive look at one of the films that are going to have all of the critics buzzing this year. The website posted a clip of Anthony Mackie in “The Inevitable Defeat of Mister and Pete.” Mackie plays a powerful kingpin who becomes involved in a Mister’s (Skylan Brooks) search for his missing mother (Jennifer Hudson). Check out the clip, embedded below, as well as the poster.

“…During a sweltering summer in New York City, 13-year-old Mister’s (Brooks) hard-living mother (Hudson) is apprehended by the police, leaving the boy and nine-year-old Pete (Dizon) alone to forage for food while dodging child protective services and the destructive scenarios of the Brooklyn projects. Faced with more than any child can be expected to bear, the resourceful Mister nevertheless feels he is an unstoppable force against seemingly unmovable obstacles. But what really keeps the pair in the survival game is much more Mister’s vulnerability than his larger-than-life attitude…THE INEVITABLE DEFEAT OF MISTER AND PETE is a beautifully observed and tremendously moving film about salvation through friendship and the way transformation sometimes can happen just by holding on long enough.”

“The Inevitable Defeat of Mister and Pete” will be in select theaters Oct. 11. 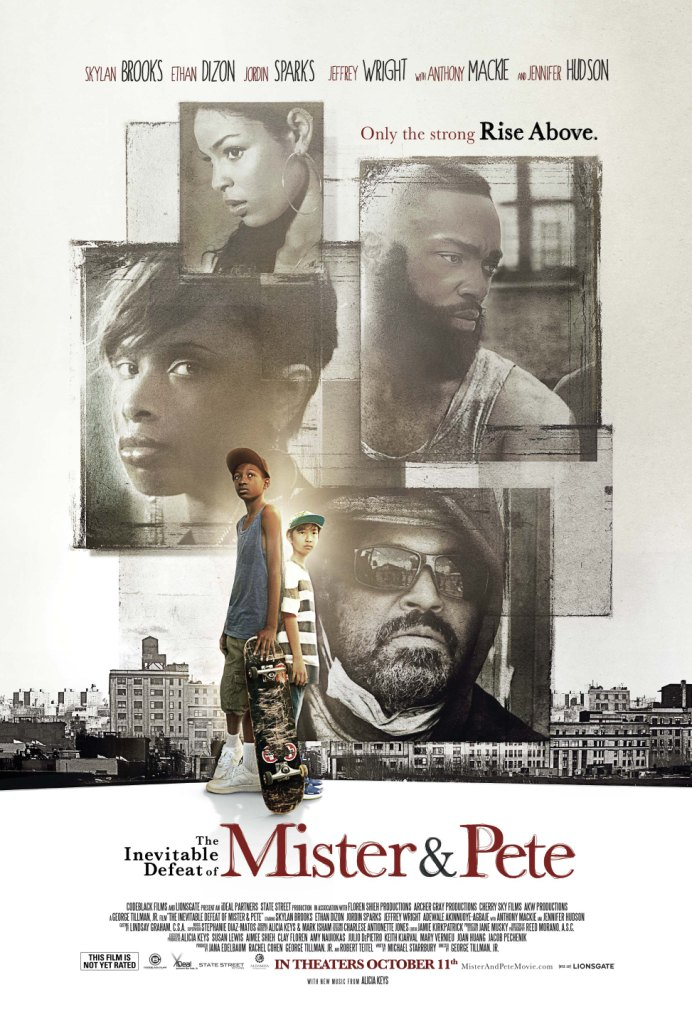