You may never get to fly off to space, but “Gravity” is the next best thing.

Sandra Bullock leads as Dr. Ryan Stone, a medical engineer about to wrap up her first shuttle mission. While making some seemingly routine repairs, her ship is hit by a vicious storm of debris. When the air clears, Dr. Stone and longtime astronaut Matt Kowalski (George Clooney) are the only two left. With no connection to Earth, it’s up to Stone and Kowalski to navigate the blackness and silence of space on their own in order to find a way home.

“Gravity” isn’t just an outstanding movie; it’s a groundbreaking achievement. Considering the odds of most of us leaving the earth’s atmosphere are quite slim, this film could be as close as you’ll ever get. Alfonso Cuarón takes the concept of transporting a viewer to a new time and place to a new level by combining pitch perfect visuals, absolutely outstanding sound design, and one particularly moving performance to make you feel what it’d be like to experience such a nightmare.

Bullock and Clooney make for an appealing lead duo. Kowalski is the fun loving veteran whereas Stone is shaking in her spacesuit from beginning to end. While both keep within the confines of those descriptions throughout the film, they pass little pieces of themselves back and forth and those pieces function as unique driving forces for their efforts.

“Gravity” doesn’t build its characters as you might expect. We do hear quick snippets about Kowalski and Stone’s lives on earth, but it’s much more about what they’re experiencing in the moment. It’s not about turning these two characters into comprehensive representations of real people, but rather turning them into real people within the context of the narrative and the narrative alone. By excluding flashbacks, development fluff, and other unnecessary intrusions, Cuarón let’s you feel the whole of Dr. Stone’s experience.

From there the camerawork takes over, tapping into Dr. Stone’s psyche and intensifying its contents. Director of photography Emmanuel Lubezki uses a slew of unique techniques, but sticks to them. There are no flashy camera tricks that take you out of the film, rather a repetitive sequence that gets recycled every time the debris whips back around. That technique both heightens the sense of dread and makes you feel increasingly helpless. But the most disconcerting viewpoint of all is when Lubezki brings you inside Dr. Stone’s helmet. She isn’t calm, cool, and collected in the least, and being in that highly isolated space while she gasps for her last drops of oxygen truly takes your breath away.

The final key component to putting you inside the movie is the sound design. You get a sense of what you’re in for right from the start when the opening hum quickly cuts out, leaving you in dead silence. Then, when sound returns, it’s in the form of curious whispers and clicks here and there, coming from all ends of the theater. It’s disorienting as first, but as you put the pieces together, the surround sound serves as a unique way to help you slowly get your bearings. But that also means it’s capable of doing the exact opposite. Watching Dr. Stone get whipped around by a rogue chunk of shuttle or desperately try to grab hold of something is nerve-racking in and of itself, but on top of that, you’re keenly aware of all the destruction happening around her, making it feel as though there’s no way out.

Even though the performances, the visuals, and the sound all come together to create a truly three-dimensional experience, “Gravity” is also the first film that I’ve ever seen that’s truly enhanced by a 3D screening. The contrast between the multi-layered space station and the blackness of space is incredibly unnerving, and when the debris starts to pour in, you won’t be able to avoid an involuntary flinch or two. There’s also one quiet, dramatic moment where the use of the extra dimension is so clever and well timed, it actually manages to amplify Bullock’s performance in the scene.

But even then, the one area where “Gravity” comes up just the slightest bit short is emotion. It’s easy to believe Dr. Stone is downright terrified and you are pulling for both her and Kowalski the entire way through, but it’s more so because the events of the film call for it, not a connection to the characters. While backstory is kept to a minimum, Cuarón does opt to highlight one key component of Dr. Stone’s life back home. The moment during which the information is divulged works well, but after that, it’s reduced to a heavy-handed motivating factor, which is unfortunate because Stone doesn’t even need it. Within the confines of the task at hand, Bullock’s actions and reactions sell every ounce of this mission.

“Gravity” is about experience and as far as that goes, the effects of Cuarón’s work feel as real as riding a rollercoaster. He truly plucks you off the ground and puts you right in the middle of the madness from where he delivers a seamless stream of physical and emotion responses from Dr. Stone straight to you. 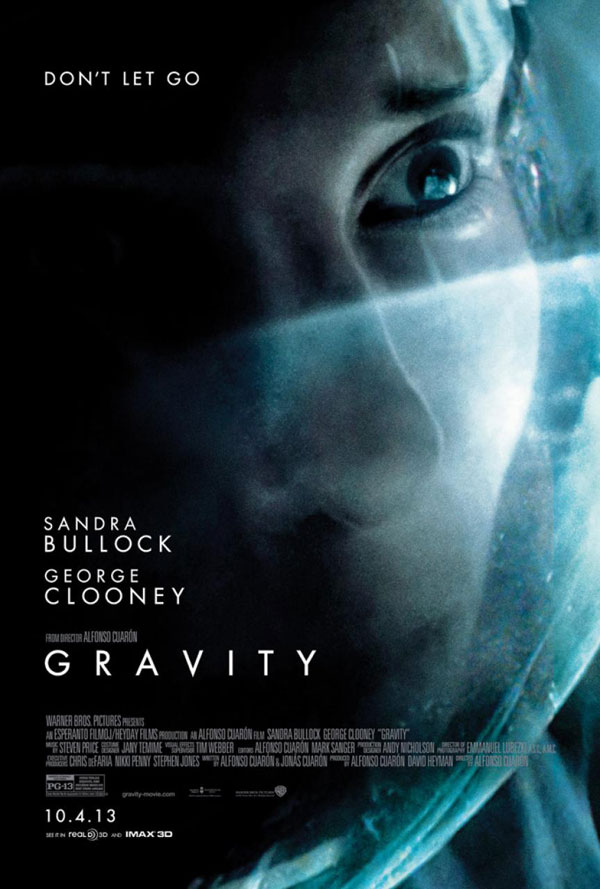