“Inside Llewyn Davis” features a remarkable lead performance and impassioned journey, but the character’s destructive habits and off-putting attitude can make the experience deflating and unfulfilling.

The film covers a week in the life of struggling singer, Llewyn Davis (Oscar Isaac). While trying to make a name for himself in the Greenwich Village folk scene, Llewyn drags his bag and guitar around, crashes on friends’ couches, ruins some of those relationships with his sour attitude and then, when all seems lost, heads to Chicago for a long overdue meeting with a media mogul who doesn’t even know he exists.

“Inside Llewyn Davis” is brimming with quality material, but Llewyn’s bleak existence and unpleasant demeanor makes it difficult to enjoy the experience. The guy is just a self-centered jerk. Not only does he suck all of his friends dry by invading their space, but then, while he’s there, he rarely manages a thank you because he’s totally consumed by his own agenda.

There are attempts at proving Llewyn’s got a heart, but each and every one of them is ultimately squandered by poor and selfish decision-making or uncontrollable outbursts. As someone with a serious soft spot for pets, Llewyn’s running relationship with a particular cat was key to sparking a connection. After a night of drinking, Llewyn wakes up in the home of his used and abused friends, the Gorfeins. On his way out, their cat runs out and the apartment door slams shut behind him before he’s got the chance to put the little guy back inside. The Gorfeins aren’t home, so Llewyn gets stuck caring for the cat. He tries and his dedication to ensuring the cat eventually gets home is admirable, but of course, he screws it up. But that’s not the problem. The problem is when he gets the chance to redeem himself and, yet again, still choses himself. It’s one thing when Llewyn leaves a human friend high and dry, but when he does this to a helpless animal, it’s upsetting and irredeemable.

As much as I want to crucify Llewyn for failing as a cat babysitter and making every wrong decision imaginable, Isaac still manages to highlight his vulnerability and harmless intentions, and that’s what keeps the character afloat. Llewyn’s behavior is often flat-out unacceptable, but, at the same time, you’re still pulling for him to finally hit it big. He’s broken and it’s not entirely his fault. As far as the portion of Llewyn’s life the film covers goes, a past tragedy and the seemingly impossible challenge of breaking into the biz made him this way, and who can’t relate to a degree of that?

It also helps that Llewyn is really good at what he does. Isaac’s work in this film as a vocalist is above and beyond. Even if you walk out of the theater with no desire to catch the film again, you’ll undoubtedly be dying to get your hands on the soundtrack.

As far as Isaac’s supporting cast goes, only a small handful are memorable. Carey Mulligan stands out as Jean, one of Llewyn’s past flings, but just because the character is so hostile. Every single scene she’s in involves her reminding Llewyn what a terrible person he is – over and over again. It wouldn’t come as a surprise if he really deserved that, but in the context of the film, it isn’t entirely justified. Justin Timberlake adds a few strong additions to the soundtrack, but doesn’t make much of an impression as Jean’s boy friend, Jim. But then there’s John Goodman and Garrett Hedlund. Hedlund barely gets a word out the entire time he’s in the film, but his sequence with Goodman and Isaac is so bold and outrageous, they make for an unforgettable and oddly appealing trio.

“Inside Llewyn Davis” is a very good film; it just isn’t for me. It’s a comprehensive character study that’s bolstered by an exceptional lead performance, and optimal visual and tonal decisions, but even then, there’s a chance you’ll walk away from this journey empty and unhappy. 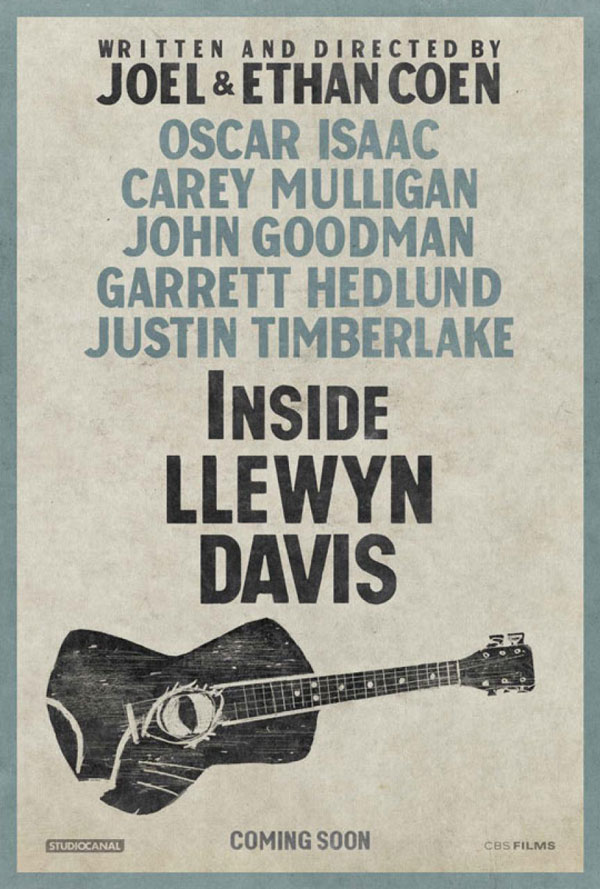