Based on the true story of Alaskan State Trooper Jack Halcombe (Cage) who is weeks within leaving the force in 1983, when a case comes about involving a kidnapped and raped teenage prostitute named Cindy (Hudgens) that narrowly escapes being murdered. She accuses Robert Hansen (Cusack), a model citizen and family man that mistakenly revealed too much of his many past victims to her. Hansen is determined to track Cindy  down and silence her forever before the police can find his buried victims when the snow melts.

The Positive: True crime stories set before the internet boom always seem more interesting to me because it was much harder to pin down the guilty without technology to assist them.  I liked that it wasn’t a whodunit type of film, it was a “can they bring a case against the killer or will he get off” type of film. John Cusack is an excellent sleazy villain.

The Negative:  Lots of good actors cast in random throwaway parts – 50 Cent, Radha Mitchell, Dean Norris (Hank from Breaking Bad). They say there’s no small parts, but let’s be honest, there wasn’t enough part to even make a mark by casting these actors. Nothing against Vanessa Hudgens as an actress, but her character was dumb. She made a lot of dumb choices and always putting herself in danger. She feared for her life, but kept trying to escape safety and go home for her stuff. Screw your stuff. Get new stuff. “Bitch you’re gonna die!” I said aloud to the screen whenever her character made yet another dumb decision. I did appreciate that the filmmakers decided to show pictures of each of Hansen’s known victims, but the ending was a let down. The whole movie Hansen was fighting all accusations until suddenly he basically gives up in a sort of “okay you got me,” to which you’re left there kind of incredulous at how easy that was.

There’s lots of special features, and the unintentionally funniest of which was Nicolas Cage’s interview because he’s so intense about describing his character and acting method. I mean, that’s cool and all, but dude, dial it down; your character wasn’t that complex.  Not every performance needs to be Oscar worthy, especially not here. 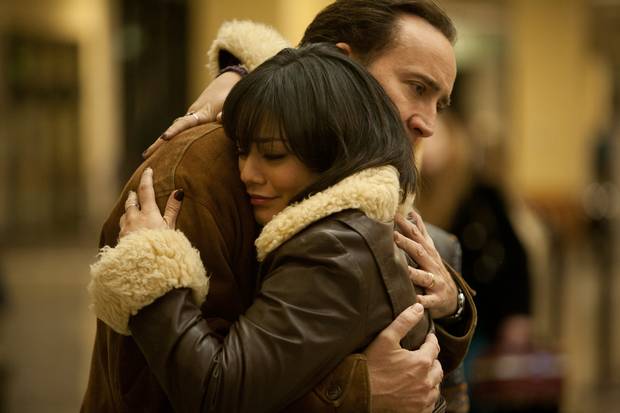