Kelen Coleman is a busy lady. In addition to guest starring and recurring roles on a variety of buzz-worthy small screen shows — “The Mindy Project,” “Hart of Dixie” and, perhaps most notably, HBO’s “The Newsroom” — she also has a new movie hitting theaters this week. In the supernaturally-tinged horror film “Cassadaga,” Coleman stars as Lily, a post-lingually deaf artist who, in trying to attain closure with her recently deceased younger sister, accidentally summons forth the vengeful ghost of a murdered woman. For ShockYa, Brent Simon recently had a chance to talk to Coleman one-on-one about the movie, her college years at UNC-Chapel Hill, her budding career and what she thinks about starting up a tabloid relationship with Kellan Lutz. The conversation is excerpted below.

ShockYa: First off, as a fellow Tar Heel, how was your time there?

Kelen Coleman: What?! You went there too? Yeah, my time at UNC-Chapel Hill was amazing. I was there all four years and enjoyed every bit of it. I loved the theater program, and going to see sports, everything. It was great.

ShockYa: In addition to Playmakers, did you do some work with Lab! Theatre?

KC: I did. They have like 12 full productions a year, and I don’t even know how many shows I did. I did two or three a year, I guess, with Lab!, and I was also involved with Studio Two — I was a producer at the end of college and did shows with them. It’s such a good program there for students. I highly recommend it because it’s a regular college but you get a program that feels really focused and has great professors.

ShockYa:”Cassadaga” has both supernatural elements and corporeal elements — it’s not strictly a ghostly paranormal movie and neither is it strictly a slasher/stalker flick.

KC: Exactly, and for me that was interesting. I used to be horrible at watching horror films — I just couldn’t watch them, so I thought it was very funny that I was going to do one. And then after doing it it’s kind of easier for me. But when I read it, I liked the fact that it was a little bit of everything. It wasn’t your typical slasher or paranormal movie — it encompassed all of it, and that was more interesting to me.

ShockYa: As Lily, also it occurred to me that you have to do this interesting thing where at times you’re registering partial comprehension of other characters’ dialogue, being partially deaf.

KC: It’s an old adage, “acting is reacting,” but [it’s true], it’s all about being involved with your scene partners. The hard part about playing someone who was post-lingually deaf — well, we worked on that, because we didn’t want her to sound deaf because Lily had lost her hearing at 14 and really worked with her mother to keep her speech intact. That’s very hard, but we made sure that there were people out there that we saw that sounded the way I was going to be speaking. We didn’t have a lot of time to perfect that so we tried to get it right very quickly. I worked very hard trying to read people’s lips. And actually Louise Fletcher, both of her parents are deaf and she said to the director that I was doing a great job because she noticed that I was always looking at the lips. You have to break and look up at the eyes sometimes but I was always trying to look at the lips, trying to be accurate. You know you have a line and have to say it, but you’re thinking, “In real life, would this girl be able to hear everything the other person is saying, or is she kind of processing and putting things together in her head?” It’s a harder process, because it’s different than most of the everyday characters you play.

ShockYa: You mentioned Louise Fletcher… and in this movie you get to smoke up with Nurse Ratched.

KC: (laughs) I thought that was super-interesting.

ShockYa: Did you guys just roll right off the screen with that partying?

KC: (laughs) No, that’s in the script, that her character has glaucoma or something. It wasn’t real. (laughs) It might be fake, but I was still smokin’ a big doobie with Louise Fletcher! But of course my character knows nothing about smoking pot, so she’s coughing away. I thought that was really funny, I got a kick out of that.

ShockYa: When you’re working with older actors, do you have interest or try to find time to pick their brains — not necessarily about career advice, per se, but just stealing tricks of the trade from seasoned pros?

KC: For me, unless you’re really close with someone and get into a mutual conversation and can tell they’re open to you asking them questions, it’s really about trying to watch them, because it really is a master class every time you get to work with these people who are so experienced. I watched Louise and her choices, and tried to just soak it in. And on “The Newsroom” I just did a scene with Sam Waterston, Jane Fonda and Marcia Gay Harden, and they have a whole scene before I get there. I was sitting there, before I enter, and just watching them play was literally a master class. And I remember (Aaron) Sorkin walked in and was watching them and said “wow” and was telling them all how great they were, and then he turns to me and says, “All right Kelen, well… I guess, good luck.” (laughs) And I was like, “Oh, Aaron!” When you’re around that caliber you just have to soak it in.

ShockYa: What about the difficulties and joys of recurring characters, where you’re established in a sense with different shows but always bopping in and out. How schizophrenic does that make life?

KC: It works fine for me, actually. I mean, last season I was recurring on “The Mindy Project” and “The Newsroom,” two totally different shows, and I at one point was also shooting, within a three-day span, those two shows and a pilot I was working on at the same time, and going from one set to the other set. It was a blast. I think I work better when I’m busy. You think it would be so schizophrenic, but for some reason when my brain is working a lot it kicks into high gear, and so it was easier to memorize lines. You just know what you’re doing, because the words that Sorkin is going to write are completely different than the words that Mindy is going to write. The different tones allow you to sink and fall into them, and it’s my job, and I’m so blessed to be able to do this. I’m just glad I have that chance.

ShockYa: Wrapping up, have you met Kellan Lutz, and if you started dating what would you like the name of your power couple to be?

KC: (laughs) I have not met Kellan Lutz. I have met one of his old girlfriends. I hear he’s a great guy. He spells it different, so if we had a baby… (laughs) so weird, I don’t know — Kellan Squared or Kell Times Two or something, maybe? Kell to the Second Power, something like that? I should meet him one day so I can tell him I was asked that question.

ShockYa: I feel like you guys could take over the tabloids. The potential is there.

KC: (laughs) Yeah, let’s do it! Thank you so much. Chapel Hill represent!

NOTE: In addition to its theatrical engagements (the movie opens in Los Angeles at the Laemmle Music Hall), “Cassadaga” is also available across VOD platforms on Friday, October 11. 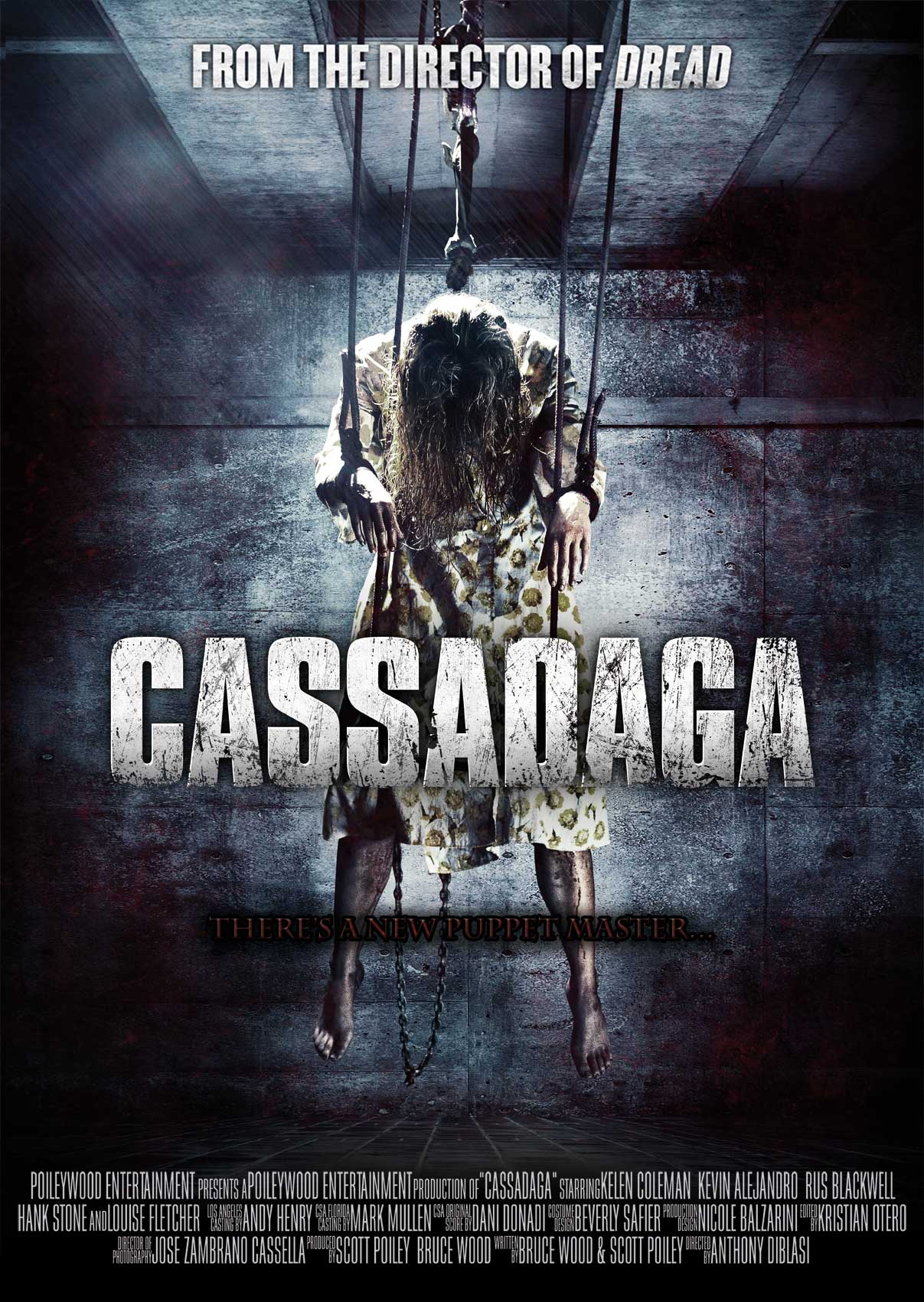