Finding a way to stand up for what you believe in, and getting people to understand and appreciate your beliefs, can not only be a taunting task for misunderstand assassins, but also for filmmakers as well. While most movie audiences won’t be able to understand the title spy’s need to brutally kill the criminals trying to corrupt the world, director Robert Rodriguez’s new action crime thriller, ‘Machete Kills,’ strives to emotionally showcase his motivations. In his follow-up to his hit 2010 grindhouse thriller, ‘Machete,’ the filmmaker once again uses campy stunts, and elicits a comically deadpan performance from returning star Danny Trejo, to showcase his love of the visually creative genre.

‘Machete Kills’ follows the title character (Trejo), a former Mexican Police detective-turned-spy, who’s recruited by the President of the United States (Charlie Sheen as Carlos Estevez), to apprehend the ruthless drug cartel leader Mendez (Demian Birchir). Wanting to avenge the violence that overtook the love of his life, Immigrations Officer Sartana Rivera (Jessica Alba), Machete accepts the president’s proposal of bringing Mendez back into Texas, after he threatens to bomb Washington. The vigilante heads back to his native Mexico, where he maintains contact with Miss San Antonio (Amber Heard), who’s working undercover.

The spy, who was promised American citizenship by the President for completing the mission, discovers that the cartel leader is just a front for the real person determined to bring down the U.S.-arms manufacturer, Luther Voz (Mel Gibson). Voz plans on triggering a nuclear war and retreating to a privately funded space station to ensure only the survival of the fittest.

Not only is Machete being tracked by Voz, he’s also being targeted by several other relentless killers. Machete uses the cartel leader’s girlfriend, Cereza (Vanessa Hudgens), a prostitute working for her mother, Madame Desdemona (Sofía Vergara). After Cereza is tossed aside by Mendez as Machete tries to bring him into America, her mother sets out to kill Machete for putting her daughter in danger. Also pursued by face-changing assassin La Camaleón (Walt Goggins, Cuba Gooding Jr., Lady Gaga and Antonio Banderas), Machete seeks the help of his old friend, Luz (Michelle Rodriguez), in an effort to derail Voz’s plans.

Trejo once again amusingly and unremorsefully portrays his skilled, machete-wielding assassin as he takes on the task of saving the world yet again. While Machete mourns the devastating loss of his one true love, the actor expertly subdued his character’s feelings of anger and sets out to save innocent people’s lives in her honor. At the same time of contending with his sense of loss, the character fearlessly resists showing any personal feelings of anger or dread as he sets off to battle his enemies. Trejo flawlessly makes his action sequences, particularly when he’s battling with his beloved machete, look effortless and unique in each sequence.

Troy Brown, the stunt coordinator on ‘Machete Kills,’ faithfully stuck to Rodriguez’s vision of keeping the thriller have a visually campy feel to it, particularly throughout the action sequences. Whether Machete is splitting corrupt police open or cutting their heads off during adrenaline-fueled fights with his beloved tool of choice, throwing Mendez’s men into distressed helicopters and boats or threatening Voz’s team with lethal molecule destroyers, the fights the spy engages in are continuously destructive and attention-grabbing. With the film’s plot-line mainly thriving on the intense stunts and actions Machete constantly finds himself in, Brown carefully planned out distinctive choreography between the spy and the corrupt officials looking to take over the world.

While Trejo’s talented, deadpan expressions and emotions as Machete throughout the film are carefully perfected, screenwriter Kyle Ward’s script becomes quite tired and uninspired, particularly throughout the second half of the plot as the spy confronts Voz. The scenes in which Machete and the team Luz gathered from her network, which searches for missing Mexicans, ambitiously set out to bring down the weapons manufacturer, seem as though they needlessly drag out. While the tongue-in-check battles between both sides intensely capture people’s attention, the increasingly ludacris weapons and plot make viewers realize how satirical and exaggerated the film really is.

The scribe also features needless plot elements, such as the La Camaleón’s fixation on tracking and killing Machete. The inclusion of the villainous murderer appears to have no clear connection to the Voz case, and it only appears to be featured in the script so that there could be extra cameo opportunities for big-name actors. While Ward cleverly incorporated scenes of the assassin tracking Machete, their ultimate confrontation never truly or satisfyingly paid off within the context of the story.

‘Machete Kills’ aimed to follow-up on the success and intrigue of its predecessor, and tried to rejuvenate the popular self-aware, gritty grindhouse genre made popular in the 1970s. Like the original film, Trejo once again amusingly and unremorsefully portrayed his skilled assassin in perfect deadpan with little arrogance about his fighting skills. Brown also helped showcased Rodriguez’s vision of infusing the action sequences with a visually campy feel, and emphasized the title killer’s relentless mission to save innocent lives. However, the plot grew unoriginal and uninventive the more Machete looked into Voz’s motivations and tried to find a way to stop him, which unfortunately took the fun out of watching Machete try to save the world. 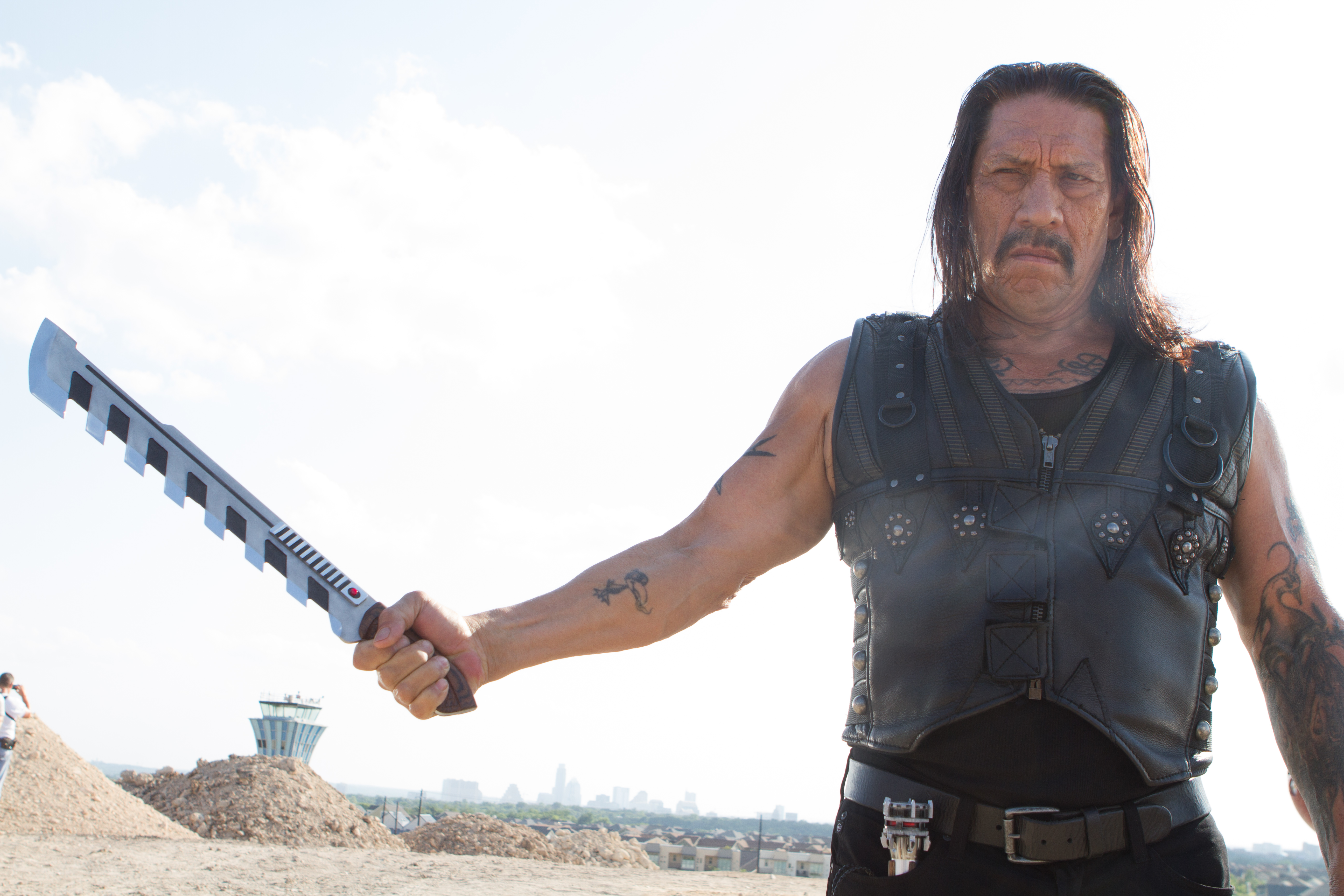