The wildest bachelor party is happening in the upcoming comedy, ‘Last Vegas,’ with the help of stars Michael Douglas, Robert De Niro, Morgan Freeman and Kevin Kline. The fun begins when the movie, which was helmed by ‘National Treasure’ director Jon Turtletaub, is distributed into theaters on November 1 by CBS Films.

The following synopsis for ‘Last Vegas’ has been released by CBS Films:

Starring four legends like you’ve never seen them before, Last Vegas tells the story of Billy, Paddy, Archie and Sam (played by Academy-Award winners Michael Douglas, Robert De Niro, Morgan Freeman and Kevin Kline), best friends since childhood. When Billy, the group’s sworn bachelor, finally proposes to his thirty-something (of course) girlfriend, the four head to Las Vegas with a plan to stop acting their age and relive their glory days. However, upon arriving, the four quickly realize that the decades have transformed Sin City and tested their friendship in ways they never imagined. The Rat Pack may have once played the Sands and Cirque du Soleil may now rule the Strip, but it’s these four who are taking over Vegas.

For more information on ‘Last Vegas,’ visit the comedy’s official website, as well as its Facebook and Twitter pages. Also check out the official trailer and clips featuring Douglas, De Niro, Freeman and Kline, as well as stills and the poster from the film, below. 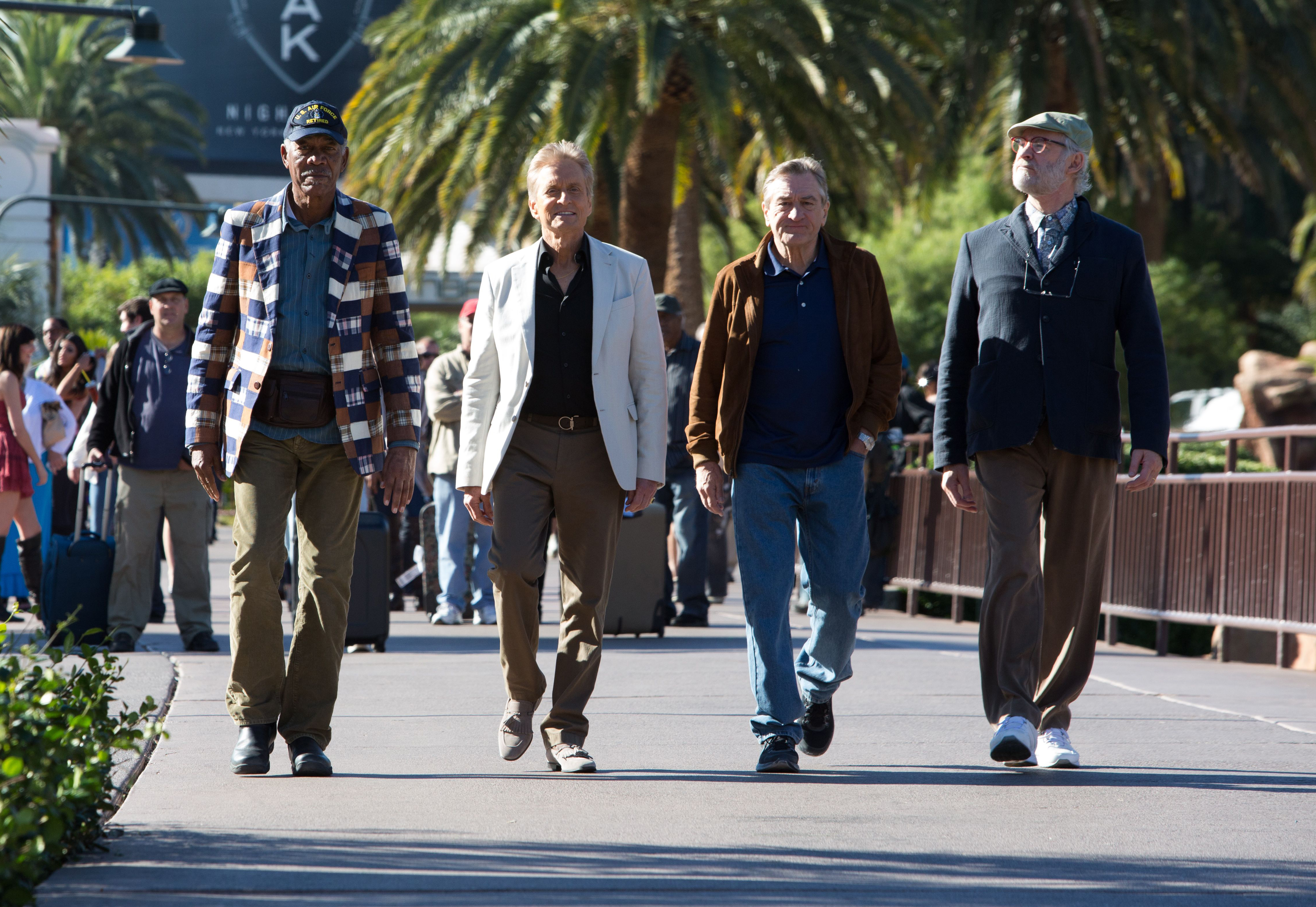 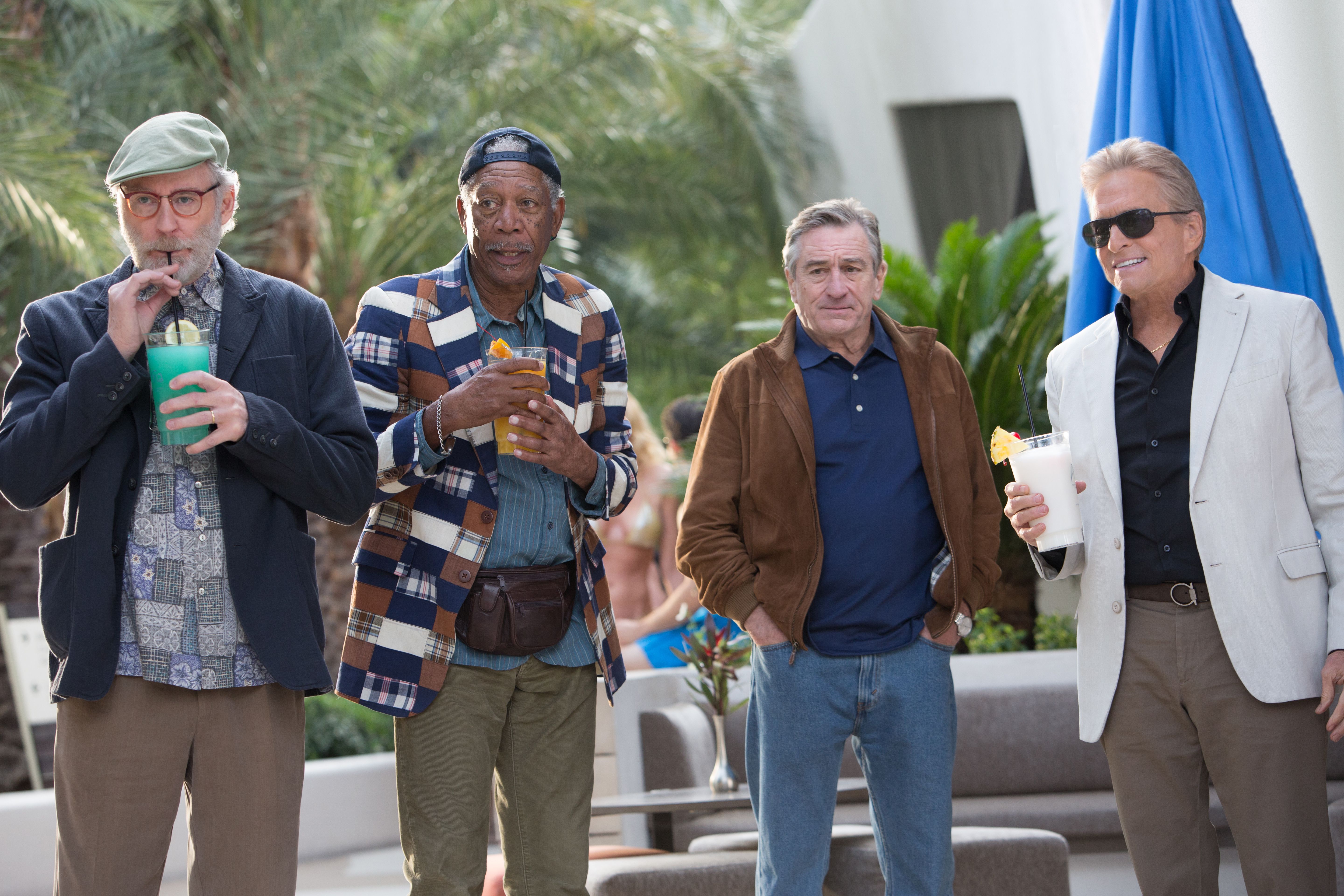 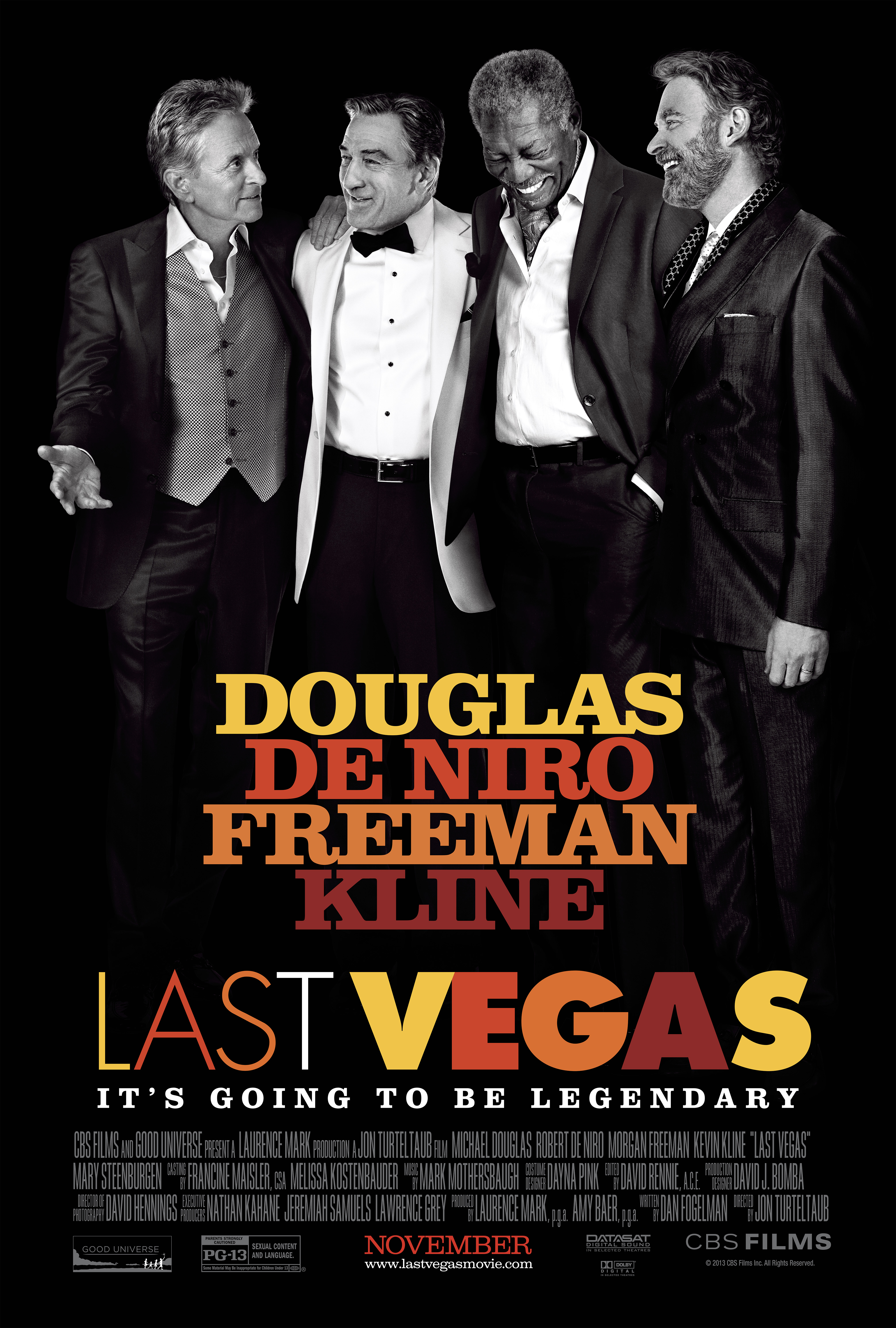