American Horrors is one of the the premiere horror channels on FilmOn. The channel, owned and hosted by legendary horror creator, Hart D. Fisher, features classic and contemporary horror programming. The channel brings horror fans the world premieres of horror films and shorts, music videos to horrifying to show on television, and interviews with the leading horror creators, musicians and filmmakers. You can learn more about American Horrors at its website and Facebook page.

If you tune into American Horrors at 3:30 pm ET, you’ll be able to watch “The Last Man on Earth.” The Italian film (originally called “L’ultimo uomo della Terra”), is based on the popular Richard Matheson 1954 novel, “I Am Legend.” Here’s more about the film.

“The film was directed by Ubaldo Ragona and Sidney Salkow, and stars Vincent Price. The script was written in part by Matheson, but he was dissatisfied with the result and chose to be credited as “Logan Swanson”. What a dummy because this is one moody, brutal classic horror film that all should see. William Leicester, Furio M. Monetti, and Ubaldo Ragona were the other writers. The Last Man on Earth was filmed in Rome, Italy, with some location shots taken at Esposizione Universale Roma.”

What do you think about “American Horrors”? Give your opinions in the comments section below.
http://www.filmon.com/tv/american-horrors 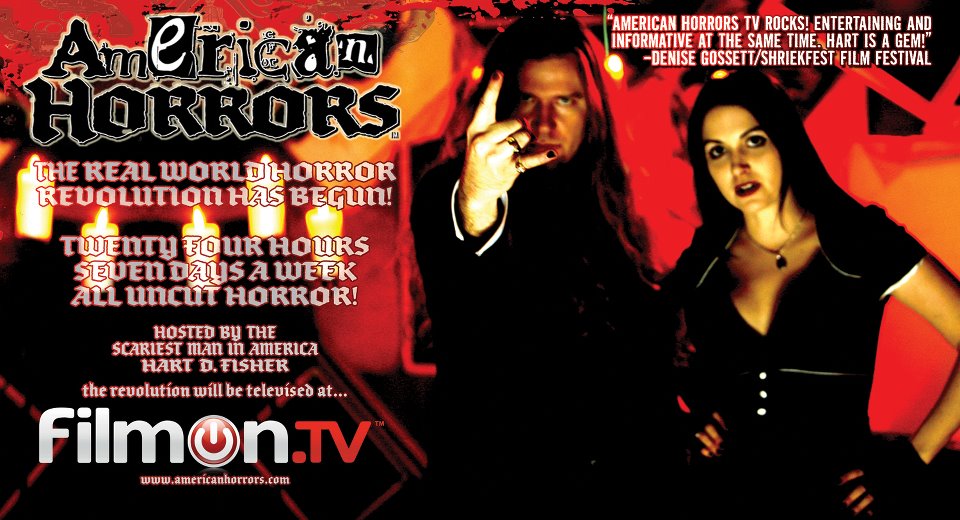